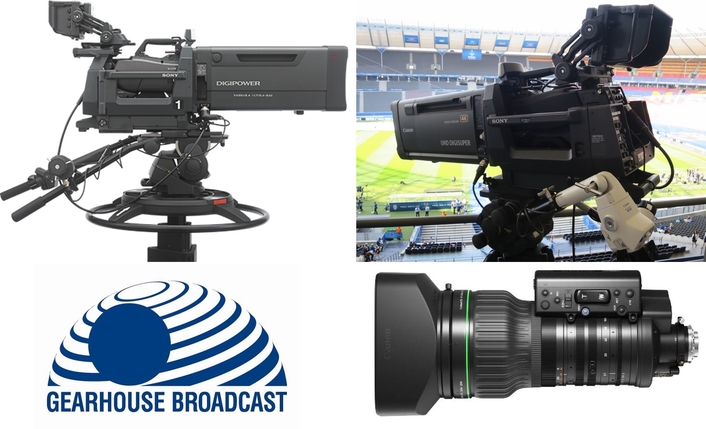 Sony HDC-4300 cameras and range of Canon and Fujinon 4K lenses boost Gearhouse’s rental stock in UK, US and Germany

Gearhouse Broadcast, a supplier of technical facilities, crew and services used to capture the world’s most watched content, has significantly enhanced its 4K rental stock with the purchase of a large quantity of the industry’s most in-demand cameras and lenses. The investment includes 36 new Sony HDC-4300 4K/HD camera channels and a large quantity of 4K and HD studio/field and ENG lenses from both Canon and Fujinon.

The deal enables Gearhouse Broadcast to meet the growing demand for 4K and HDR solutions as more and more productions look to capture content in UHD and with expanded colour precision. The new stock will be split between its rental businesses that cover the UK, US and Northern Europe, following the recent acquisition of German rental house Genesis Broadcast Services, which has since been rebranded as Gearhouse Broadcast Germany.

“The key to a successful rental business is listening to the market and being ready to meet shifting demand as technology and ways of working advance,” said Eamonn Dowdall, Chief Revenue Officer of Gravity Media Group, the owner of Gearhouse Broadcast. “While we work with all the major manufacturers, we remain brand agnostic, so flexibility and futureproofing are central to our decision making regarding kit investment. With more 4K productions happening, these new cameras and lenses offer greater choice as they’re able to operate to the highest standards in both UHD and HD.”

Some of this new stock has already been booked out for action this summer at the football in Russia, while the rest will service the UK and Northern Europe’s major OB and studio providers and the West Coast of America’s entertainment industry.