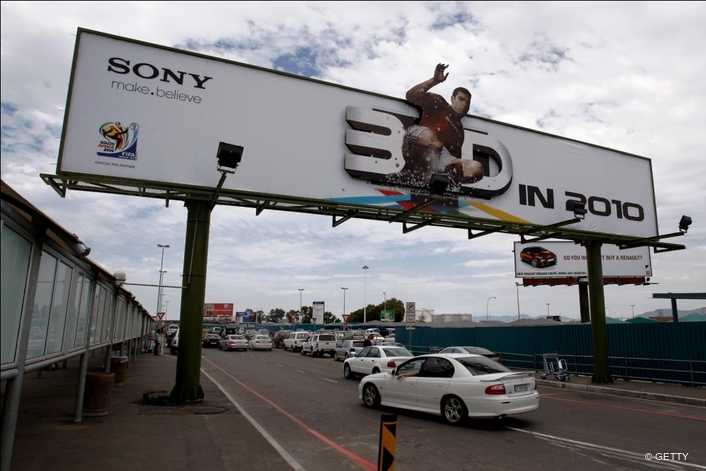 Sony and FIFa will present 25 Games in 3D

• Schedule of the 25 games in 3D announced
• Sony to release the official 3D FIFA World Cup™ film on Blu-ray Disc in 2010
• Sony to produce and show 25 exclusive promotional trailers for the official 3D Film featuring images of the FIFA World Cup in 4,000 retail stores globally
• 3D live broadcast and public viewing to be made available at selected locations globally
• Sony 3D technology as the provider of cutting-edge next-generation 3D solutions

Following the initial joint announcement to make the world’s first FIFA World Cup™ available in 3D, FIFA and Sony Corporation today unveiled insights into what the football fans around the globe can expect from this innovative undertaking to add a third dimension to the football viewing experience. Coinciding with the rapidly growing consumer interest in 3D fuelled by the release of blockbuster movie titles in 3D and impending launch of 3D TV sets for the home, the first ever FIFA World Cup™ in 3D will further capture the excitement for millions of football fans around the globe.

With a total of seven pairs of Sony's professional HDC cameras on rigs at every match (model: HDC-1500), the action on the pitch will be captured in a stunning 3D quality enabled through its proprietary multi-image processor (model: MPE-200) and 3D Outside Broadcast truck. Sony’s cutting-edge processor, the only one in the market to date, makes an end-to-end workflow possible in the production process and automatically adjusts the depth-of-field to ensure an unprecedented and optimal 3D viewing experience around the world. Starting from the FIFA Confederations Cup last year in South Africa, Sony has been working on enhancing the 3D capturing of fast-moving football action and has since conducted a number of 3D filming trials in Europe.

The schedule of the 25 games in 3D

3D filming will be realised at five out of the 10 FIFA World Cup stadiums: Soccer City and Ellis Park in Johannesburg, Durban, Cape Town and Port Elizabeth. 25 matches in total will be filmed and broadcast in 3D, which will include a carefully chosen selection of those games expected to attract most public attention, including the opening game on June 11 at Soccer City (South Africa vs Mexico) and the crowning final game on July 11 also in Johannesburg. Other games to be captured in 3D are:

“The 3D feed from these 25 matches will be made available for broadcast on 3D channels, which can be enjoyed by consumers on their 3D-compatible TV sets in the comfort of their home, almost as if they were in the football stadium themselves,” said Niclas Ericson, Director of FIFA TV. “Whilst discussions with major broadcasters are ongoing, I am very pleased to announce the first confirmed partners for the 3D live broadcast, who are ESPN in the US and Sogecable in Spain. We expect further announcements to be made shortly,” he added.

In line with FIFA’s and Sony’s endeavour to make this new exciting 3D viewing experience available to as many football fans as possible, a dedicated global 3D public viewing project will debut at this year’s FIFA World Cup. Eight matches will be fed live to digital cinemas and selected venues in 3D HD quality around the globe. To this end, FIFA has appointed Swiss-based Aruna Media AG to manage the exclusive 3D cinema and entertainment venue rights for live games in 3D. Aruna plans to broadcast live 3D coverage of matches to around 26 countries and is in advanced discussions with several major markets.

Reaffirming its leading position at the forefront of the emerging 3D market, Sony is the key technological enabler of this new viewing experience and enhances the excitement of football fans, either watching a football match live in the stadium or enjoying a new 3D experience through 3D TV channels or at the public viewing events around the world. “Sony has long standing credentials in the creation of professional 3D technology and content for theatrical use,” said Hiroko Saito, Deputy General Manager of Global Sponsorships, Sony Corporation. “True to our strategy ‘From the lens to the living-room’, we are actively involved at every stage of the 3D value chain and proudly draw on the strengths of the ‘3D World created by Sony’, which encapsulates our expertise in professional solutions, consumer electronics, movie making and gaming alike. We are very excited to capitalise on these strengths and to be able to complement our compelling 3D proposition by bringing an entirely new viewing experience to the world of football through our partnership with FIFA,” Saito added. 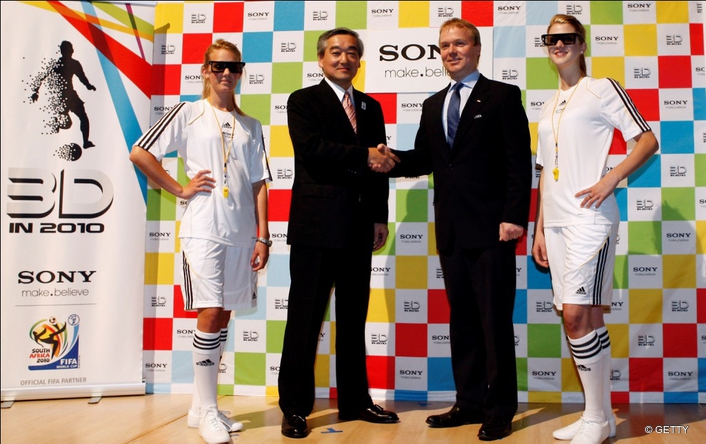