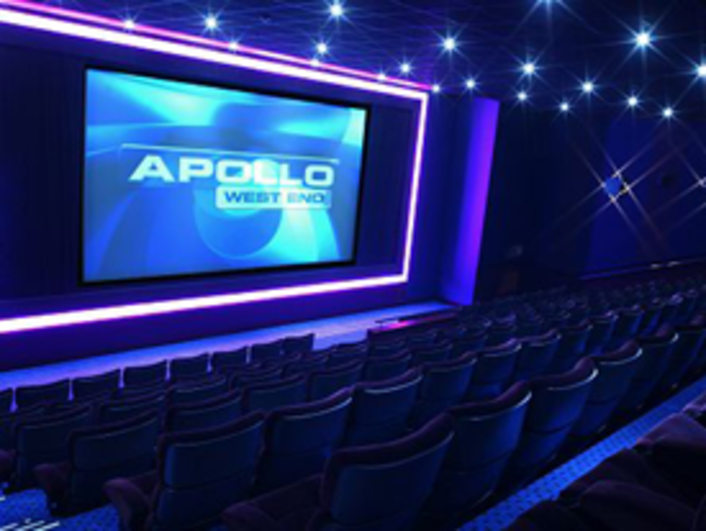 Apollo 3D Multiplex at Carmarthen, Wales
The 3D revolution is here to stay and British cinema-goers are in for the experience of a lifetime at Europe’s first all 3D multiplex. Apollo Cinemas, the cinema chain revolutionising the movie-going experience in the UK, has today announced the opening of the first fully digital, all 3D multiplex in Europe. Working in conjunction with Sony Professional and RealD, Apollo are opening one of the most technologically advanced cinemas in Europe. Apollo’s new multiplex will be home to six digital cinema screens, each of which will be equipped to display stunning 3D.

Opening on the 30th April 2010 at St. Catherine’s Walk, Carmarthen, Wales, Apollo’s site is the next step of cinema experience as we know it, bringing the thrill of 3D to Carmarthenshire for the very first time and creating a world-class digital cinema for its guests. In addition to six Sony 4K Digital screens displaying RealD 3D, the new multiplex will also have a fully licensed bar, Costa Coffee and Haagen Dazs Ice Cream concession.

Rob Arthur, Managing Director at Apollo Cinemas explained: “3D has fascinated and captivated audiences everywhere since the 1950’s and the creation of this all digital, all 3D multiplex will now take 3D to a new and even more exciting level. Viewers will enjoy a totally immersive and intense cinema experience, such as they’ve never seen or felt before.”

Wanting to be at the forefront of innovation and to provide viewers with the best experience possible was behind Apollo Cinemas‘ choice to switch to Digital with Sony Digital Cinema state-of-the-art 4K projection. Apollo’s Carmarthen multiplex will be the ninth of Apollo’s fourteen sites across the UK to introduce high quality digital projection and follows great successes in Redditch, Altrincham and Fareham.

Arthur continued: “Through partnerships with Sony Professional and RealD, we’ve invested a great deal in creating an innovative entertainment environment across all of our cinemas and are extremely proud to have created the most pioneering, ground-breaking digital cinema experience in Europe. Our partnerships with Sony Professional and RealD allow Apollo to offer the ultimate digital cinema experience to all our visitors. Sony is the only manufacturer in the UK that offers 4K digital cinema technology and through working together with Sony and RealD we are able to deliver 3D on 4K, which truly delivers the best and most immersive 3D experience to our existing and future customers.”

Oliver Pasch, Head of Digital Cinema at Sony Professional commented: “The launch of this landmark new multiplex puts Apollo firmly at the forefront of innovation within the cinema industry. By transforming the traditional role of cinema into something far more exciting, Apollo is bringing a new entertainment experience to the local community. This project was built on the idea of bringing something new and innovative to this industry and we are very proud to be working with Apollo on this.”

RealD 3D is the new generation of entertainment, with crisp, bright ultra realistic images so lifelike you feel like you've stepped inside the movie. RealD 3D adds depth that puts you in the thick of the action, wether you're taking a voyage through an undiscovered land or dodging objects that seem to fly into the theatre.
RealD pioneered today's digital 3D and is the world's most widely used 3D movie technology. RealD 3D is 100% digital so it delivers a stunningly realistic and fully immersive entertainment experience every time. And unlike the old days of paper glasses, RealD 3D glasses look like sunglasses, are recyclable and designed to comfortably fit on all moviegoers, and easily over prescription glasses.