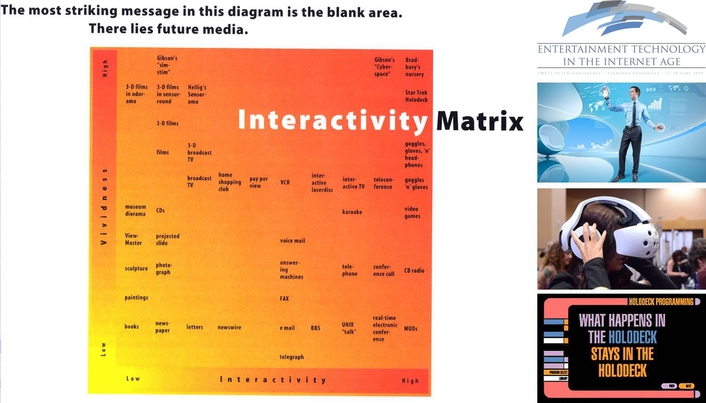 Exploration Zone: Toward the Entertainment Holodeck
Showcasing the state of the art in technologies for providing entertainment over digital infrastructures, the second Entertainment in the Internet Age (ETIA) conference was jointly sponsored by SMPTE and Stanford's Center for Image Systems Engineering (SCIEN). On June 17 and 18, attendees gathered in the Nvidia Auditorium in the Huang Engineering Building on the Stanford campus to hear presentations from more than 50 industry experts. These visionaries shared their insights on best practices and future challenges for serving the entertainment needs of consumers worldwide over IP-based infrastructure — most commonly using the Internet.

Unique to this year's ETIA conference was a demonstration of cutting-edge products and prototypes for virtual reality (VR), which was designed to showcase the variety of technologies needed to create the ultimate immersive entertainment experience. The event was dubbed "The Entertainment Holodeck" after the famous "Star Trek" virtual reality environment. Organizer David Singhal of LightField Interactive was able to attract a range of companies large and small, including many that were exhibiting their cutting-edge technologies publicly for the first time. 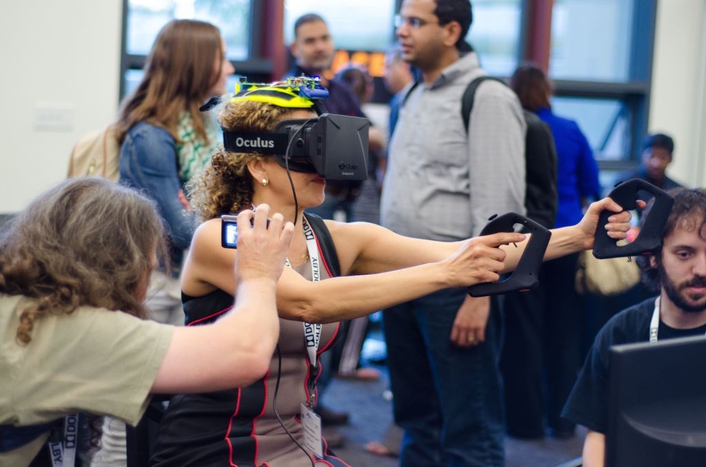 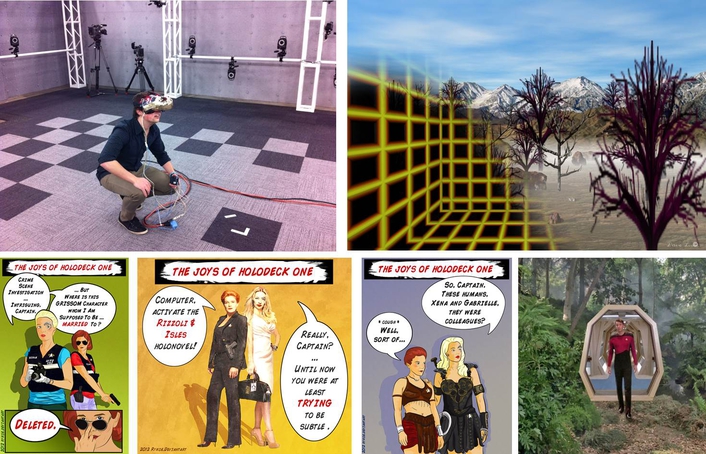 VR headsets were standard equipment among the exhibits, which included several immersive experiences built around Oculus Rift models augmented with audio. One of the most elaborate of these was "Surround House 2: Monsters in the Orchestra" from AMD. Shown for the first time in a personalized form, the system combines an Oculus Rift headset with high-quality headphones and a Leap Motion Controller to allow the user not just to fly around a 3D world, but also to control a variety of animated monsters and their simulated musical instruments. The immersive visual experience is coupled with a very effective 3D sound capability so that as the player and the monsters move, the sound from their instruments appears to move as well. 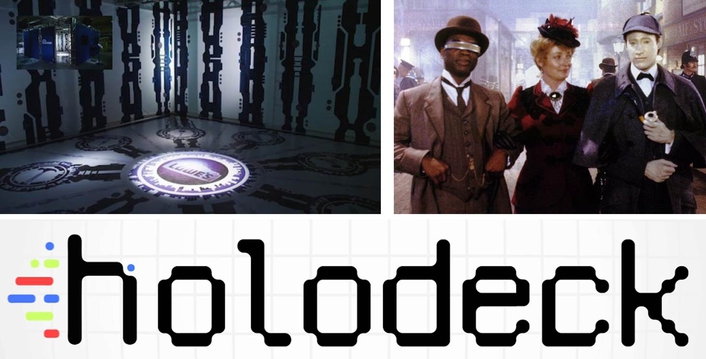 Evening Event: Entertainment for the Next Generation
The most talked-about event at ETIA was a special evening session following the Exploration Zone demos. The session began with Electronic Arts co-founder and KPCB partner Bing Gordon in a one-on-one conversation with Dave Singhal, in which they discussed the power of immersive technologies to complement and enhance entertainment experiences. That discussion was followed by a panel in which Gordon and Singhal were joined by Kati London of Microsoft Research, Paul Debevec of the University of Southern California's Institute for Creative Technologies, and David Cohen of Variety magazine, as well as moderator Jon Peddie of Peddie Research. The panel further examined the role of technology and the importance of content development platforms in bringing once-fanciful concepts for immersive experiences closer and closer to reality. The panel discussion also offered news on the most recent developments in the field.

SMPTE and SCIEN Partner t...o Produce ETIA Conference
World Cup is the Global Test of 4K Streaming
The Closest You Can Get To Real Life Now Is Live