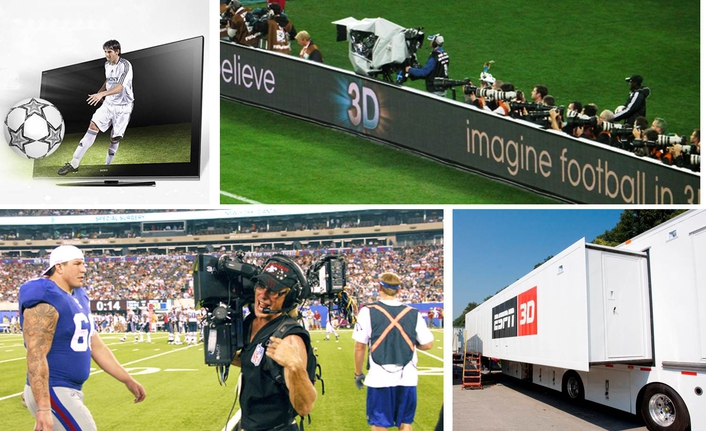 .
US sports giant ESPN has confirmed it is shutting down its dedicated 3D channel. ESPN 3D launched in 2010 on the back of considerable enthusiasm and helped by success in Hollywood from movies such as Avatar. ESPN says there were too few viewers to make 3D broadcasts worth the effort.  According to SNL Kagan it cost around $2.79 a month to view the channel.

The official statement from the company reads “Due to limited viewer adoption of 3D services to the home, ESPN is discontinuing ESPN 3D. We are committing our 3D resources to other products and services that will better serve fans and affiliates. Nobody knows more about sports in 3D than ESPN, and we will be ready to provide the service to fans if or when 3D does take off.” Basically, ESPN is leaving the door open to restarting the channel if the adoption rate grows more rapidly.

ESPN says it will restart 3D transmissions “if or when 3D does take off”. But the decision is even more serious than just the ending of a channel because ESPN’s commitment to 3D meant that there were many important sporting events captured for the channel, and then made available – for a price – to broadcasters such as BSkyB, which seemingly remains enthusiastic about 3D.  ESPN produced about 140 events a year in 3D.

In an effort to feed the 3D content pipe for its consumer TV sets, Sony signed on as the official technology sponsor during the network’s inaugural year, supplying cameras and other 3D technology, as well as funding for the productions. Sony re-upped in 2011 for X Games and NCAA college-football productions. CAMERON PACE Group (CPG) and NEP Broadcasting also provided 3D gear, facilities, and expertise for ESPN 3D productions, with both vendors constructing several 3D production trucks since the network’s launch. 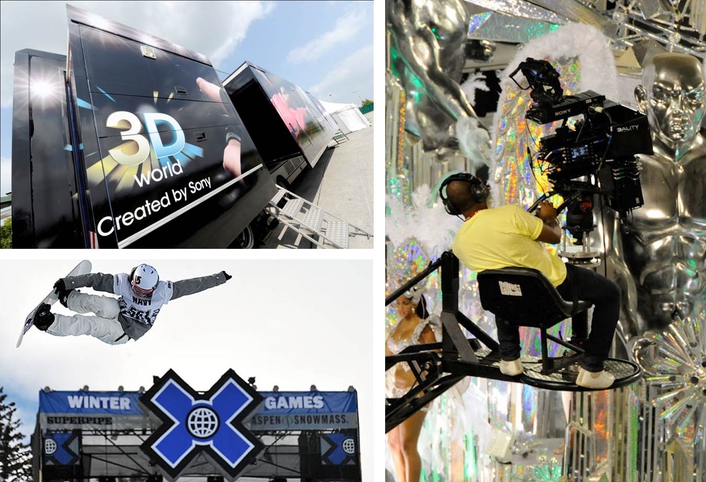 Regardless of its financial failure or success, ESPN 3D served as the catalyst for several major leaps forward in live-production technology. In year two of its existence, ESPN worked with the CPG and NEP to develop a “5D” production model that molded the 2D and 3D productions into a single combined effort sharing trucks, crew, and cameras. In March, ESPN began using 2D-to-3D–conversion technology to produce the 3D feed for its MLS telecasts as part of the continued cost-cutting effort.

After launching with coverage of the 2010 World Cup from South Africa, ESPN 3D produced its first event in-house with the MLB Home Run Derby from Anaheim, CA, in July 2010. The network went on to produce the Summer X Games that summer, as well as the BCS Championship Game and the Masters golf tournament in 3D during the first half of 2011. ESPN 3D went on to produce hundreds of events, including NCAA college football, college basketball, NBA Playoffs and Finals, Grand Slam tennis tournaments, Summer and Winter X Games, the Little League World Series, MLS and international soccer, boxing, and more.

ESPN is not the first broadcaster to abandon 3D. Canal Plus switched off its 3D channel after just 18 months on air. It launched in June 2010.

For the past two years or so broadcasters have been waiting for 3D technology to be fitted into higher-end TV sets. Now, the fact is that 3D is available in just about all modern sets over about 36” in size, and yet consumers are still not bothering with the technology. ESPN was available to around 75 million homes in the US. 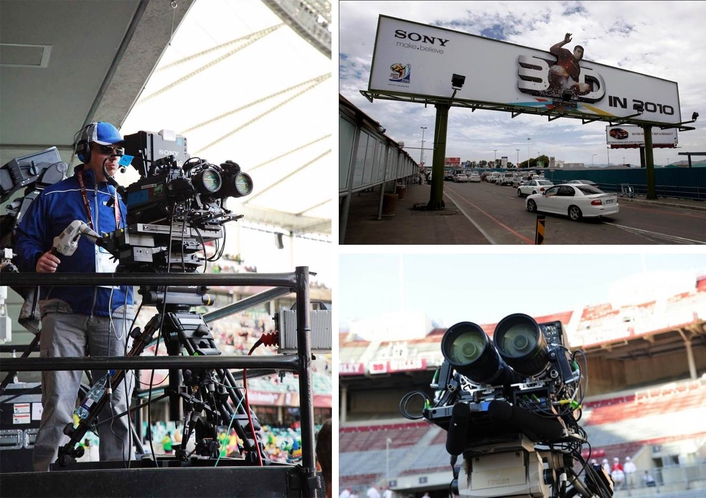 Most consumer studies blame the ‘nuisance’ of 3D glasses, and while there’s plenty of work being done on glasses-free broadcasting the developments are still experimental.

The discontinuation of ESPN 3D raises serious questions regarding the future of 3D sports programming in the U.S. While Europe — especially the UK — has seen continued interest in live 3D sports, American consumers failed to adopt the format at a high rate. In addition, HBS (Host Broadcast Services), which will once again produce the world feed for the FIFA World Cup, has yet to confirm whether the 2014 World Cup in Brazil will be produced in 3D (although a 4K/Ultra HD production is highly likely).

As the ESPN 3D channel shuts down, the sports network will be redirecting attention to expanding Ultra HD (4K) broadcasts. Assuming Ultra HD television adoption ramps up in the coming years, it’s possible that ESPN will look into launching an Ultra HD specific channel.

For its part, Sony, has continued to push 3D, even with its new commitment to 4K/Ultra HD production (it will test 4K-production technology at the Confederations Cup in Brazil and at Wimbledon in London this month). The company has a deal with the All England Lawn Tennis and Croquet Club to produce Wimbledon matches in 3D for the third consecutive year. ESPN 3D has carried these matches since 2011, although it is not known whether the network will carry the coverage from AELTC later this month. 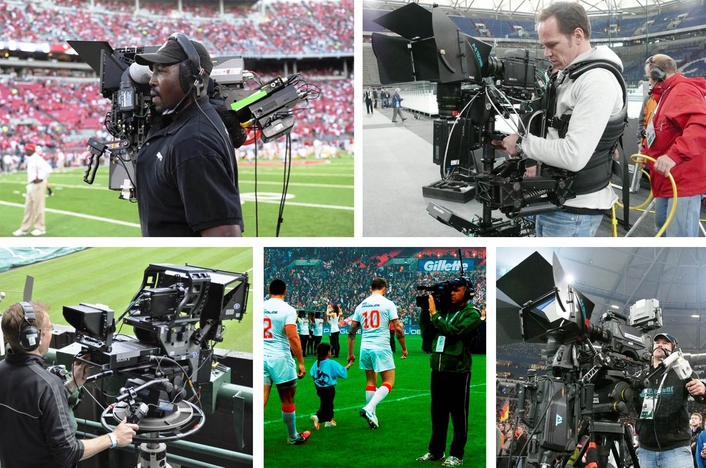 ESPN did not provide an official shutdown date for its 3D network, saying just that it would be discontinued by the end of 2013. The Summer X Games, a staple on the ESPN 3D schedule over the past three years, take place in Los Angeles at the end of July. There are currently no events listed in the Upcoming Live Events section on the ESPN Website.