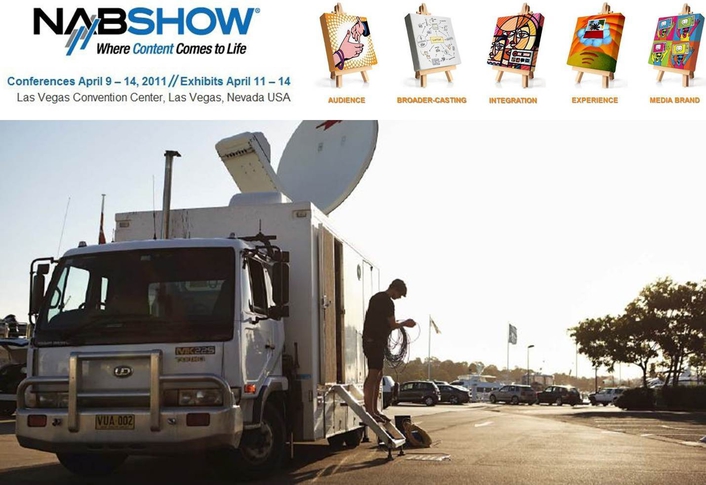 Ericsson will showcase Voyager II at its NAB booth SU3308
This year at the NAB Show, Ericsson expects to generate plenty of buzz on the transmission side of things with the unveiling of its Voyager II DSNG encoding system. The system, which is aimed squarely at television sports production and news gathering, supports MPEG-2 and MPEG-4 AVC up to 10-bit precision and 1080p50/60 resolution and allows multichannel operations for both HD and 3D contribution — all in a single hot-swappable 1RU chassis.

“This is the first time that an entire set of high-end tools, flexibility, and upgradability path has been put into a single 1RU package,” says Ericsson VP of Technology Matthew Goldman. “No vendor has previously put together multiple channels of encoding, multiple formats, and an extremely high level of scalability into a single rack unit at this level.”

Output options include IP, ASI, and an integrated DVB-S/S2 satellite modulator providing high-order modulation on both IF and L-band outputs. Voyager II scales from SD MPEG-2 4:2:0 to HD MPEG-4 AVC 4:2:2 10-bit, allowing broadcasters to adapt to the profile of individual events and venues. As a result, users can scale their coverage from low-end SD productions to high-profile HD shows or beyond into 3D, delivered across a variety of satellite and terrestrial networks.

“The migration from MPEG-2 to MPEG-4 AVC has not come easy because some locations simply have to have MPEG-2,” says Goldman. “But this package does both MPEG-2 and MPEG-4 AVC in the same 1RU chassis. It can grow with you since it such a flexible platform.”

In addition, hot-swappable cards allow instant reconfiguration and servicing on the fly without any interruption in transmission.

“This is the first unit in this market to feature hot-swappable modules,” says Goldman. “So you can be running this thing, and, as long as you have access to the back panel, you can slide another encoder in and leave it up and running at the same time.”

In developing Voyager II, Ericsson approached a variety of mobile-production vendors for feedback concerning their needs and issues in the field. A chief result of this feedback is the new high-res front-panel monitoring display. The fully redesigned front panel gives users complete control over all settings and provides for high-res color monitoring of the input video.

“We reviewed the [front panel] menuing with some of our major customers and got feedback on how to make it easier to run in the truck,” says Goldman. “It has a color high-res monitor in 1RU, which has not been available in the past.”