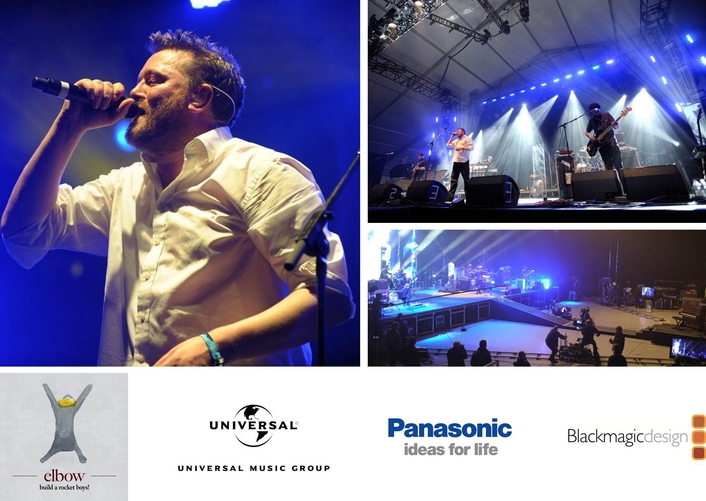 Peter Van Hooke directed HDMusic.tv’s production for Universal music in association with Panasonic
UK band Elbow was shown off 3D on Sky on 12 June 2011, after the team invited the 3D cameras to film a couple of dress rehearsals of their last tour. 75 minutes of talk program features discussions with the team making their latest album Build A Rocket Boys! , and had performances of “Lippy Kids,” “Neat Little Rows” and other songs from the album. 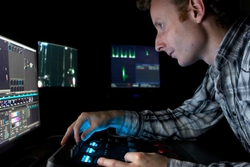 The convergence grading for S3D broadcast was carried out by James Willet. After soldiering through a long run of DaVinci Resolve freelance work in Soho, he had a couple of days off, thinking “It’ll be nice to relax a little bit,” which is when he got the call: “We have this project with quite a tight turnaround, a couple of days to deliver 75 minutes worth of 3D.” James told them to hold on — this would be his first 3D job. They replied, “It’s ours too!”

As James learned more about the job, he got more excited, as well as increasingly comfortable. It was a concert with Brit and Mercury Award-winning artists Elbow, Live on Air: Elbow 3D. It was produced by HDMusic.TV’s Peter Van Hooke, the creator of the Live from Abbey Road series. “If you’re game, we’re game,” he said, to which James answered, “Bring it on!”

Elbow’s performance was recorded in a rehearsal space in Wakefield with full-scale lighting rigs and sound systems, a full sized stage — everything exactly as it would be for their stadium tour: The perfect practice venue.

James came in towards the tail-end of the project. Conform was pretty much complete by then, with delivery of the grade scheduled for mid-week. Working at Air Post, the post-production facility in Shoreditch, he used the XSAN integration between their Final Cut Pro suite and the Resolve to bring everything over via EDL, and it came across perfectly.

This is what James have come to expect from working with Blackmagic Design’s DaVinci Resolve, provided you are strict with your workflows. As a freelancer, it was a nice way to start his first 3D job, in a facility working on their first 3D job.

CONVERGENCE PASS
James started the grade that afternoon, beginning with a tweak to the 3D convergence pass that the editor had already set up, getting the two eyes generally lined up. The team wanted this sorted out before they went into the creative grade, because there’s nothing worse than the director spotting a convergence error, and having to stop the session to fix it.

In DaVinci Resolve 8, additional automated convergence control has been added, but for the Elbow 3D concert James was using version 7 — not a problem, as he still found the control he needed. Differences between the two eyes can be displayed via “anaglyph,” which is especially helpful to nail the point of convergence.

In the case of shooting the performance by Elbow, that wasn’t as easy as it might sound. It was a stadium-sized shoot, so the depth of field on some shots coupled with the action happening in all these different planes was not insignificant. There were so many elements like microphone stands, lights, and amp stacks that could unexpectedly pop all the way out of the screen — wildly off what was intended, resulting in ghosting between the eyes that was just not an option. 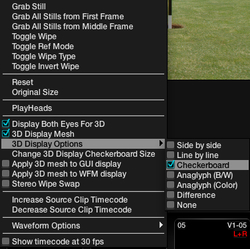 The convergence controls in DaVinci Resolve are fairly simple, but responsive and reliable. When you start dialing in convergence corrections, DaVinci Resolve will automatically zoom, pan and scan, etc., taking those corrections into account. These corrections occur globally to the clip — but of course, differentiation changes over a period of time, so any correction wouldn’t auto-match across the length of the clip. Using key frames and various dynamics within DaVinci Resolve, James could then change the clip further on down the line to allow the left and right eye to stay matched across the duration.

BETWEEN THE EYES
This recording of Elbow’s performance wasn’t lit for 3D broadcast. It was lit for the stadium tour. The cameras took in a kind of bird’s eye view, with the idea that you were meant to feel like you were in the program, and not just watching from outside. The fact that it wasn’t lit from a perfect studio perspective or a stage performance that was specifically designed from the start for 3D had quite a profound effect on the differential between left and right eyes.

Often in the blacks, a little blue might seep into one eye, or a lot of green depending on what that lighting set up was. There could also be luma shifts, depending on where each lens was in relation to the light, especially in the shadows.

Once the team was on top of that, it was smooth sailing. 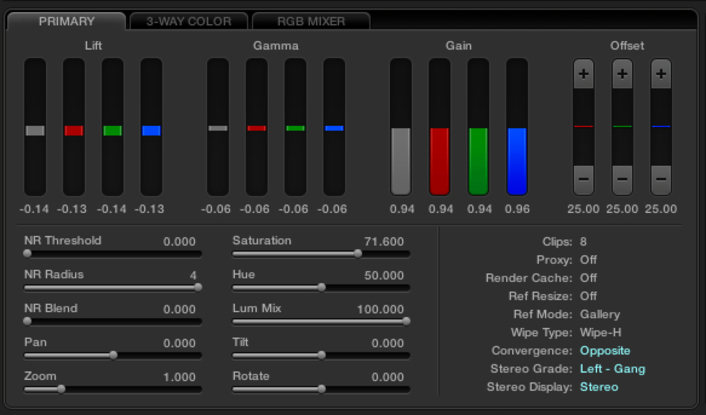 LIVE ON AIR
Now that Blackmagic Design has taken on Resolve, it’s certainly gaining a wider toolset and receiving improvements through updates at a staggering rate. The amount of development, and the kind of foresight and improvements that have come in a matter of one year is fantastic.

As James opened up Resolve 8 for the first time the other day and looked at the conform page, he was really impressed. He saw that it goes far beyond conform and allows you to do more, including XML support in there now, blend modes, dissolves, and a much improved UI - and here’s the key point — with speed and efficiency.

There are things in Resolve 8 that James would have loved in version 7 for this job. DeNoise real time noise Reduction is one that’s great. You can also now mix the RGB channels on the input. That way, if there’s a disparity in the matrix between cameras, for example, it’s now very easy to dial out with a red, green, and blue channel mixer.

In the end the team didn’t have any major convergence issues, and with the Sky tech spec being fairly strict, this was great to hear. If you can send something to Sky and get it passed, you know you’ve done a good job.