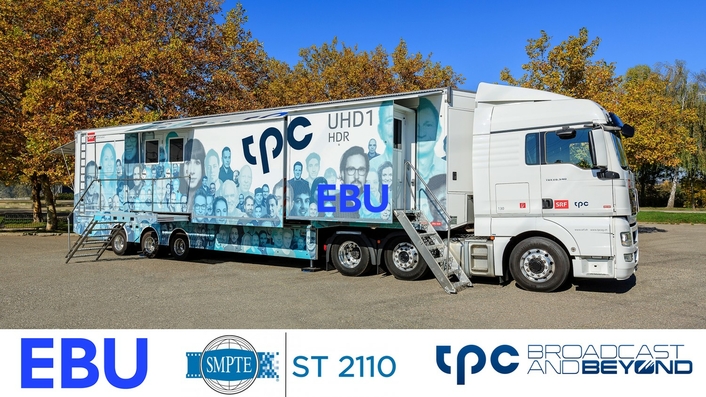 This year’s EBU Technology & Innovation Award recognizes the development of Europe’s first all-IP UHD Outside Broadcast vehicle. The truck was commissioned by tpc, which is a subsidiary of the Swiss public service media organization SRG SSR. The award was presented to tpc’s CEO Detlef Sold today at the EBU Technical Assembly in Cavtat, Croatia.

The EBU Award is now in its fourth year and is given in recognition of technology contributions that “make a difference and create value” in broadcasting. UHD1, as the new OB truck is known, has allowed tpc and its clients – including SRG SSR – to put IP-based production to the test. Importantly, the truck is designed to use equipment that complies to open standards like SMPTE ST 2110. 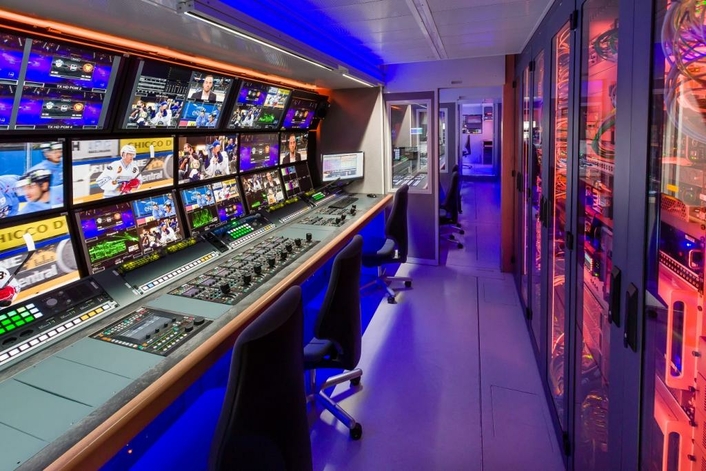 The vehicle has already proven itself with the production of a wide range of live content such as skiing, ice hockey, football, concerts and other entertainment. Capable of working with up to 24 cameras, it is very flexible in terms of the signal formats, workflows and production setups required for different productions.

BBC’s Judy Parnall, chair of the EBU Technical Committee, said: “The move to IP in production is among the most significant technology shifts we’ve seen in the broadcast industry. In delivering this OB truck, tpc and SSR SRG have gained vital insights that will benefit the entire EBU membership.”

Detlef Sold, accepting the award on behalf of tpc and its many technology partners, said: “We have built an IP lab to help us answer the many questions that come with moving to an all-IP environment, but going on air with a full-IP truck has been much more useful. What we have learned from the engineering and architecture design of UHD-1 is being transferred to the design of our new technology centre in Zurich.” 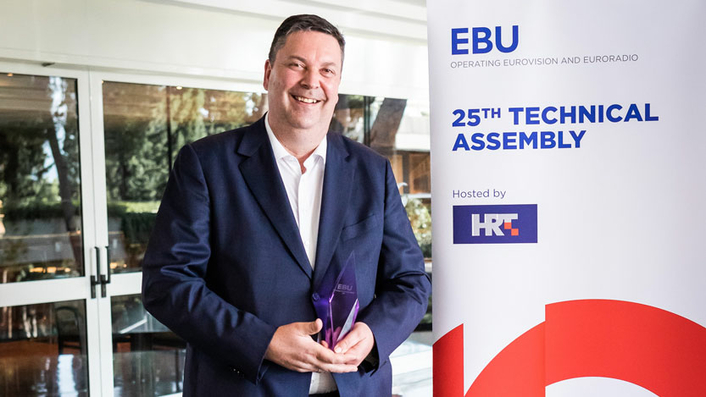 Antonio Arcidiacono, EBU Director of Technology & Innovation, said: “The EBU Technology & Innovation Award has now firmly established itself as a means of highlighting the pioneering work undertaken by EBU Members. By pushing the boundaries of media technology, we can gain greater flexibility and create more sophisticated and richer storytelling opportunities. Our shortlisted projects show that innovation is alive and thriving in Europe.”

The projects that received the Technology & Innovation Award previously were: EBU ADM Renderer, from BBC, France Télévisions, IRT and b<>com (2018); NXG lightweight outside broadcast solution from Sveriges Radio (2017); and the LiveIP Studio from VRT (2016).