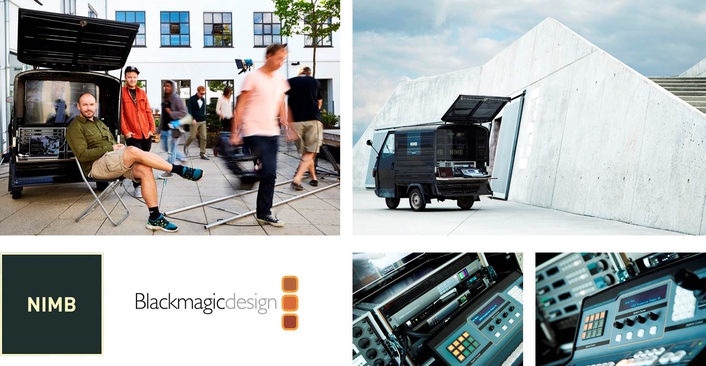 Built With ATEM Production Studio 4K
Nimb TV, an innovative broadcast production start up in Denmark, has unveiled the country’s first, and smallest, Ultra HD OB van. The unit is built around a number of Blackmagic Design’s Ultra HD products, including the ATEM Production Studio 4K and Blackmagic Audio Monitor. Uniquely housed in a three wheeler moped van, it can be positioned right at the heart of any live production. 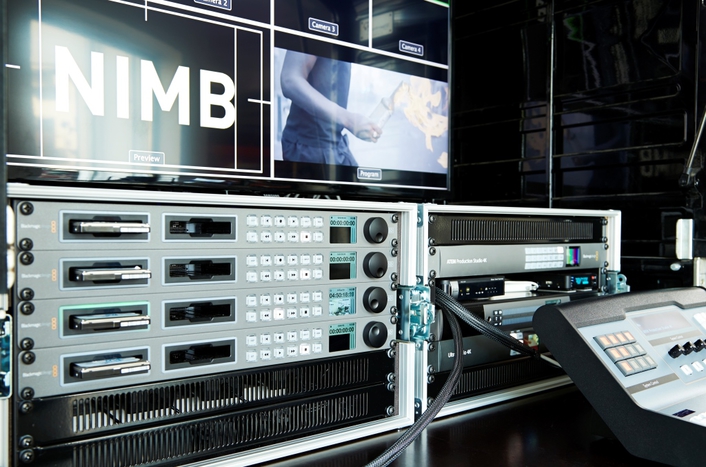 Built with the help of AV specialist Stjernholm & Co, the OB van will be used for high quality, multi camera Ultra HD 4K production in the Danish broadcast industry, big screen events and live concerts. It has already been booked for the ‘boot camp’ section of the next season of Denmark’s version of The X Factor, which will use various locations across Copenhagen.

The ATEM Production Studio 4K’s 6G-SDI and HDMI 4K video connections mean Nimb TV can handle       Ultra HD 4K video sources via a single cable and each input includes a frame synchronizer allowing the use of non genlocked sources. There is also an HD down converted HD-SDI program output for when the switcher is operating in Ultra HD formats, but a regular HD program feed is required.

“We had come across the Blackmagic range of products at NAB and quickly realized that they would be able to deliver huge production power at an affordable cost,” explained Niels Borup, co founder, Nimb TV. “We now have the ability to work with a huge range of customers, from independent filmmakers to national broadcasters, and can offer flexible, reliable Ultra HD 4K production, wherever they want to film.”

“Niels and Toke are a hugely proactive, passionate production team that has spotted a fantastic opportunity in the market,” said Morten Stjernholm, CEO, Stjernholm & Co. “Blackmagic’s ATEM Production Studio 4K enables the team to produce content to the same high standard as you find in huge OB trucks, but the size and agility of the moped van gives Nimb a huge competitive edge. The Ultra HD 4K workflow enables the team to offer the highest quality streaming for major live events, as well as a flexible system that broadcasters can quickly plug into with their own camera choices.”