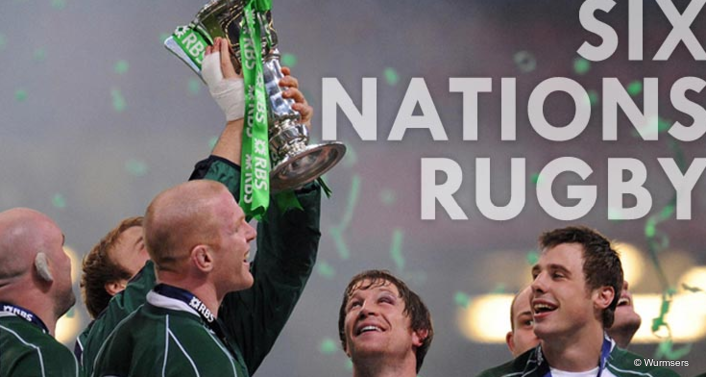 Six Nations Rugby
Chyron announced today that its HyperX³ graphic system will be providing 3D stereoscopic graphics for the live broadcast of the Six Nations Rugby match of England vs. Wales on February 6. Chyron is partnering with Inition, SIS Live and Wurmsers for the event, which is sponsored by O2.

More than 40 3D-equipped cinemas around the UK

The broadcast from Twickenham Stadium will be seen in more than 40, 3D-equipped cinemas around the UK. This anticipated match will be the first ever live 3D broadcast of rugby worldwide. The fans watching in the cinemas are in for a treat as they will actually feel like they have the best seats in the house.

Wurmsers is using Chyron's HyperX³ graphics system with Lyric PRO which has the benefit of 3D Stereoscopic tools as a standard feature. The support of Chyron's Creative Services department was instrumental in helping with the 3D graphic design to ensure the viewer sees and feels the 3D experience from the match as well as the on air graphics.

The future of 3D productions of sporting

Wurmsers' Managing Director Jeremy Tidy said, "The genuine anticipated excitement created throughout the country for this groundbreaking event bodes very well for the future of 3D productions of sporting and many other live events. It has been wonderful to work with such a professional and responsive team like Chyron for a high profile game. The 3D stereoscopic graphic capabilities of the HyperX³ are exceptional and go far beyond expectations."

Chyron CEO Michael Wellesley-Wesley said, "We are delighted to work on this event to bring 3D stereoscopic graphics to rugby fans in the UK. This application is high-profile evidence of the power and flexibility of HyperX3 and is once again testament to the power of the superior offerings by Chyron."

Chyron is partnering with Inition, SIS Live and Wurmsers