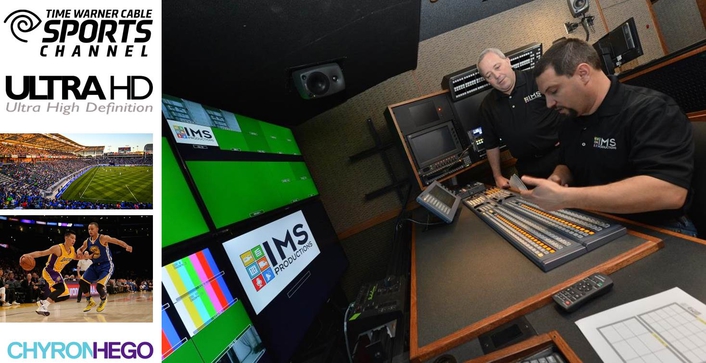 .Leading Graphics Creation and Workflow Solutions Join Other Best-of-Breed Technologies in 4K Proof-of-Concept Coverage
ChyronHego today announced that its industry-leading Mosaic™ XL and Lyric™ PRO graphics solutions were among the elite group of technologies chosen by Time Warner Cable Sports and IMS Productions for two recent proof-of-concept tests of ultra-high-definition (UHDTV) broadcasting in 4K. The first was a broadcast of the California Interscholastic Federation (CIF) high school Division I football championship game on Dec. 19 at the StubHub Center in Carson, California. That test was followed up on Dec. 23 by a 4K broadcast of the Los Angeles Lakers vs. the Golden State Warriors from the STAPLES Center. Although the 4K broadcasts facilitated by Time Warner Cable Sports were closed tests, both games were also produced and televised in high-definition on Time Warner Cable SportsNet.

"Thanks to the participation of ChyronHego and the other technology providers, the tests were highly successful and gave us valuable insight into the unique characteristics and requirements of UHDTV/4K video formats and their impact on production and distribution systems," said Robby Greene, president, IMS Productions. 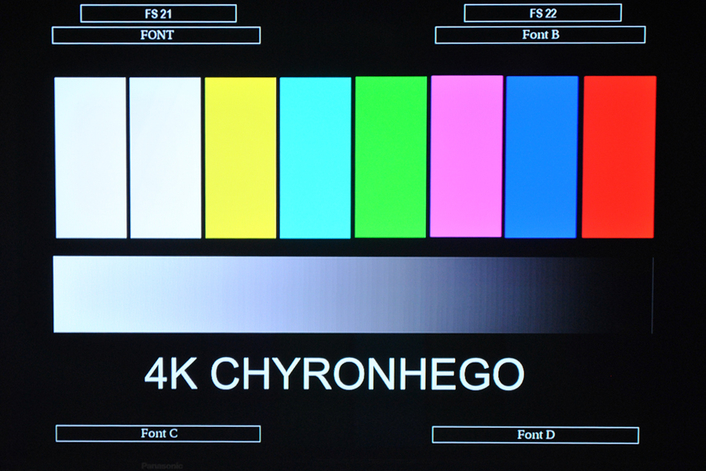 "We were honored to have the opportunity to work with Time Warner Cable Sports and IMS Productions on these groundbreaking proof-of-concept tests, which were some of the very first 4K broadcasts produced in the U.S.," said Johan Apel, CEO and president, ChyronHego. "At ChyronHego, we're committed to continual innovation to deliver technologies that evolve with the ever-changing broadcast landscape. The tests demonstrate that the Mosaic XL, powered by Lyric PRO, is a truly future-proof graphics program that can support the television formats of today and tomorrow."