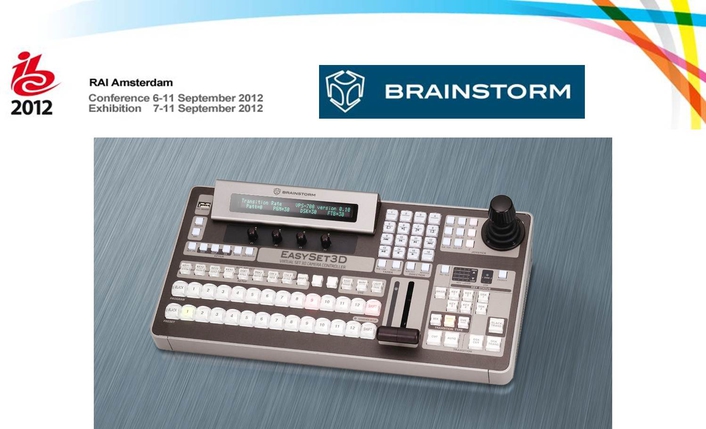 According to Brainstorm Marketing Communications Manager Miguel Churruca, “The introduction of the EasySet 3D hardware mixer is in direct response to customers who already use EasySet 3D. We’ve extended the virtual-studio-in-a box concept to enhance what is already a powerful feature set, taking it to new levels of creativity and control. New EasySet 3D users will also be encouraged by these new possibilities to bring their virtual set to life.”

The new hardware mixer does not replace EasySet 3D’s software mixer, but includes enhanced production functionality such as full control of all virtual cameras of the EasySet 3D to take full advantage of its 3D features by allowing non-linear transition between 3D cameras. The mixer also allows preview/program on all cameras plus cut-fade-wipe editing. Transitions can also be launched manually if desired. All external feeds for the virtual studio can also be easily controlled.