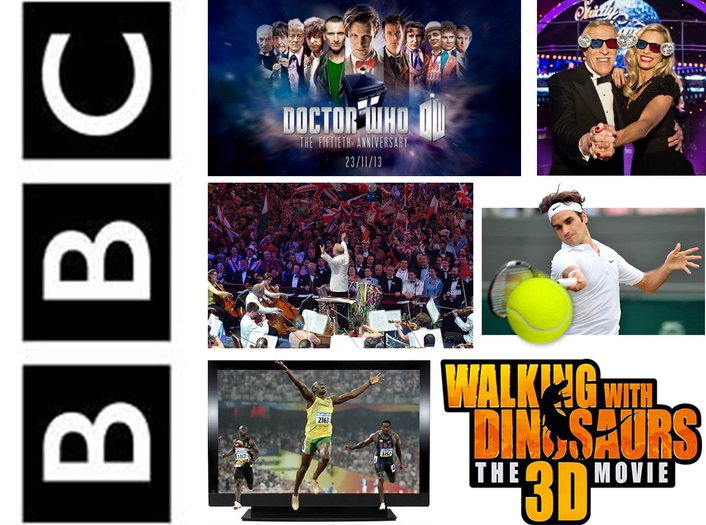 .
Kim Shillinglaw, the BBC’s head of 3D, has admitted that the technology has not taken off with the British public and said that the Corporation will take a three-year break from developing 3D programming at the end of this year.

Shllinglaw, who has been overseeing the BBC’s two-year pilot for 3D, admitted that the viewing public has not taken to the medium and said that the BBC’s 3D project will enter a three year hiatus once the trial ends at the end of this year.

During this pilot period the Corporation has experimented with televising several shows and events in 3D, including its flagship entertainment format Strictly Come Dancing, the children’s drama Mr. Stink, natural history documentary Walking with Dinosaurs, and last summer’s Olympic Games.

However, even though an estimated 1.5 million UK households now own 3D enabled televisions the BBC’s 3D coverage of the Olympics Opening Ceremony was only watched by around half of all 3D TV owners in the UK.

Last Christmas’ broadcasts of Mr. Stink and the Queen’s Speech proved to be even more disappointing, drawing the interest of less than 5 per cent of potential viewers, it has emerged.

Explaining the problem, Shillinglaw told RadioTimes.com: “I have never seen a very big appetite for 3D television in the UK. Watching 3D is quite a hassly experience in the home. You have got to find your glasses before switching on the TV. I think when people watch TV they concentrate in a different way. When people go to the cinema they go and are used to doing one thing – I think that’s one of the reasons that take up of 3D TV has been disappointing.”

The BBC’s 3D project will culminate in the 3D Doctor Who anniversary episode this November as well a natural history programme called Hidden Kingdom.

“After that we will see what happens when the recession ends and there may be more take up of sets but I think the BBC will be having a wait and see. It’s the right time for a good old pause”, concluded Shillinglaw.