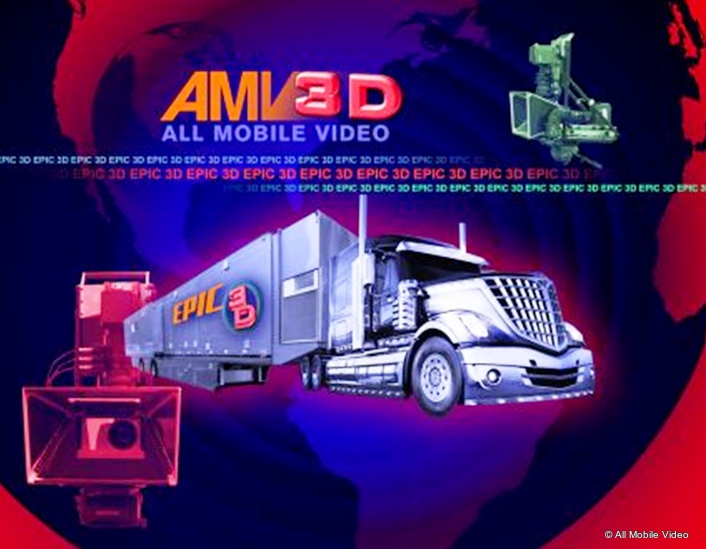 “Our new production truck is certainly the first with the ability to monitor both 3D and 2D on the same screen”, says Lee Blanco, Director of Engineering at AMV. “We’ll be able to provide full Stereoscopic 3D TV services in one location on one day, and then address 2D requirements in another location the next day, without a huge overhaul to our operations.”

Due to be fully operational by the summer of 2010, the new 53ft long truck expands along 47ft of its curb-side and 33ft on the roadside. AMV anticipates providing Stereoscopic 3D production services to a number of rock concerts, Broadway theatre presentations, a championship ballroom dancing competition, as well as sporting events such as football, hockey, boxing, basketball, and baseball. The truck is equipped with a total of 18 cameras, twelve of which are fitted with 3ality ‘T-block’ on 3ality 3D camera mirror-rigs to capture stereoscopic 3D content. 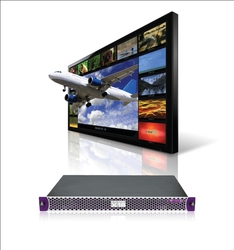 The Kaleido multi-viewers can display Stereoscopic 3D sources originating on two wires at 1.5Gbps (Dual Link), on a single wire at 3Gbps (Level B), or the frame compatible formats which place the left and right images side by side, or top and bottom, in a single HD Raster. Stereoscopic 3D sources can be combined on the same display with HD and SD sources, with full flexibility regarding layout configuration. Each area of the truck, namely Engineering, Production, Audio, Camera Shading and Tape, has its own multi-viewer layout. The multi-viewer outputs are connected directly to Sony Stereoscopic 3D displays using a mixture of portrait and landscape orientations.

See AVM's Epic 3D at NAB at the Sony Booth

One of the advantages of using the Kaleido-X16 in a truck is its very low noise, which allows the multi-viewers to be installed underneath desks, without disturbing the operators. This also saves precious space in the truck, and removes the need for costly DVI cable extenders.

In addition to the Stereoscopic 3D multi-viewers, Miranda is also providing interfacing equipment, including the new 3DX-3901 3D signal processor which is used to convert among the many types of Stereoscopic 3D signals in the truck. The processor also provides correction and electronic alignment of images coming from the 3ality mirror rigs. When the truck is used for 2D events, the 3DX-3901 transforms into a normal 3Gbps/HD frame sync and up/down/cross converter, avoiding the doubling up of equipment in the truck.

'Miranda has always been very supportive, and from our perspective has always been highly customer-driven. It has delivered new 3D capabilities specifically for AMV’, adds Lee Blanco.