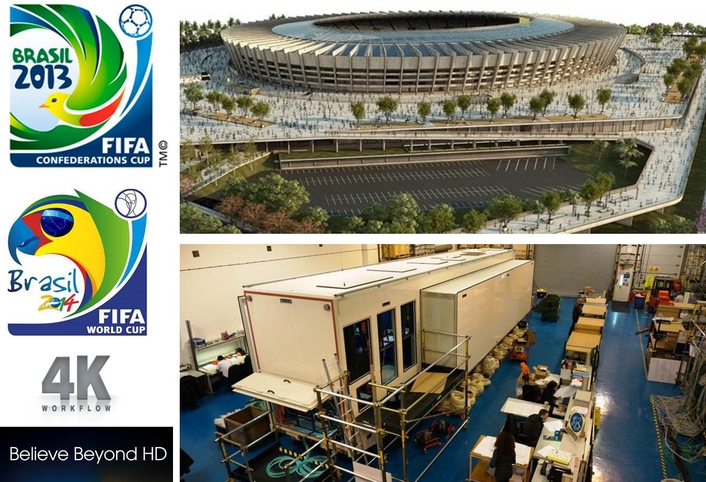 4K Test Might Lead to World Cup 'Ultra HD' Broadcast
Sony and FIFA TV will test the Ultra HD technology at three matches of the 2013 Confederations Cup 2013 to help decide whether it will be employed at the 2014 FIFA World Cup in Brazil.

A decision on whether the 2014 FIFA World Cup will be shot and offered in 4K Ultra HD is expected to be made in the coming weeks, following a test that will be conducted during FIFA's Confederations Cup, which currently is taking place in Brazil.

Brazil is the host nation of the World Cup, and the test will allow FIFA and broadcast sponsor Sony to experiment in an actual World Cup venue during a major soccer tournament.

“By showing we can do it live, broadcasters will become confident in a 4K World Cup. Then FIFA can make a decision,” said Mark Grinyer, Sony’s technical manager for the 2014 tournament.

Should the 4K production move ahead, Ultra HD coverage of the World Cup would be available to broadcast rights holders with the capability to transmit 4K - though at this early stage there won't be many of them. Plans might also include distribution to digital cinemas capable of receiving the signal. “There is quite a lot of interest, but that would depend on the way FIFA decides to offer the rights,” Grinyer explained.

The site is also being used to give the planned World Cup HD broadcast system a trial run. “We are testing the design and later we’ll build the systems for the 12 World Cup locations with the German systems integrator sono" Grinyer said.

As to the 4K test, in addition to determining plans for the World Cup, it will provide Sony with valuable information that could help shape their approach to 4K broadcasting technology and production techniques.

New technology includes a 4K mobile unit that was built in the U.K. for production company Telegenic. The truck is equipped with gear including a prototype CA-4000 4K fibre transmission camera adaptor from Sony, a unit that would send the raw 4K signal from the camera head and down standard fiber to the truck, where the signal will be handled by a processor unit that acts as a converter. 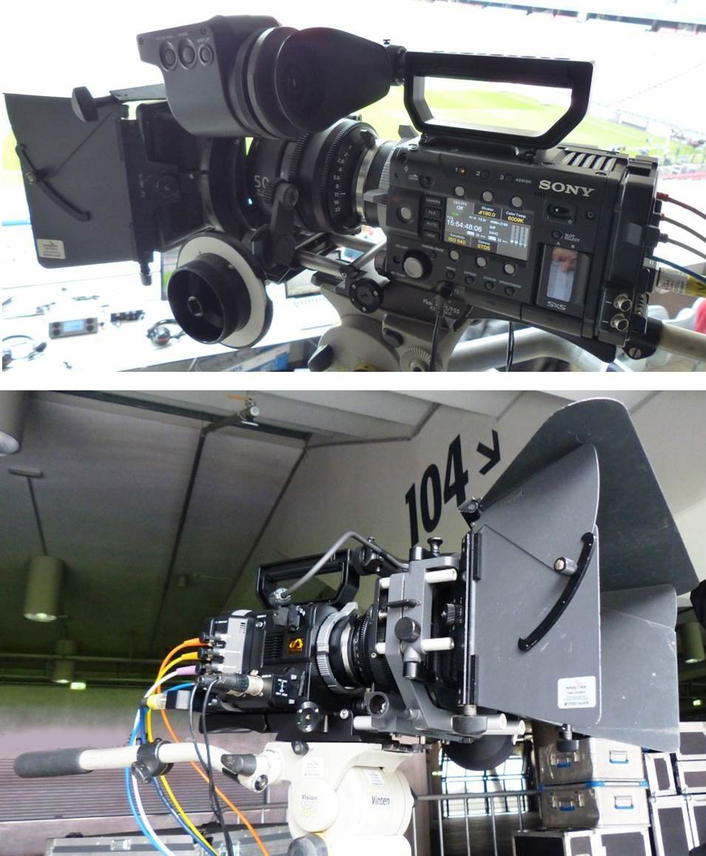 A viewing area will be set up for Sony and FIFA execs, as well as customers and other guests to examine the results. The camera used for the trial might introduce a new look to soccer coverage. Sony’s F55 4K cameras, which are designed for TV series production and indie filmmaking, use individual Super 35mm-sized sensors instead of the three 2/3-inch sensors typically used for broadcast gear. Sony will be experimenting to see if the F55 - which lists for $34,900 - would be a viable camera for live sports. If so, the company reasons that it could offer 4K at an HD price

The experiment will include various lenses such as a 4K Fujinon, as well as a prototype lens converter.
Also being tested will be the types of shots that work best and the pace of the editing. “There is a lot of data to be looking at," says Grinyer. "If you fast cut, what is that going to do? That is part of the experiment.”

What will not be tested is the actual broadcast transmission, which is being studied in Europe.

Broadcasters that have already been experimenting with Ultra HD include TV Globo, the exclusive Brazilian rightsholder to the World Cup; Sky Deutschland in Germany; and BSkyB in the U.K. 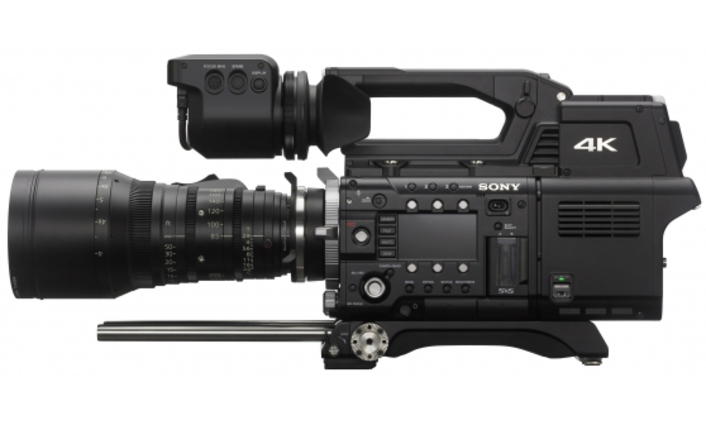