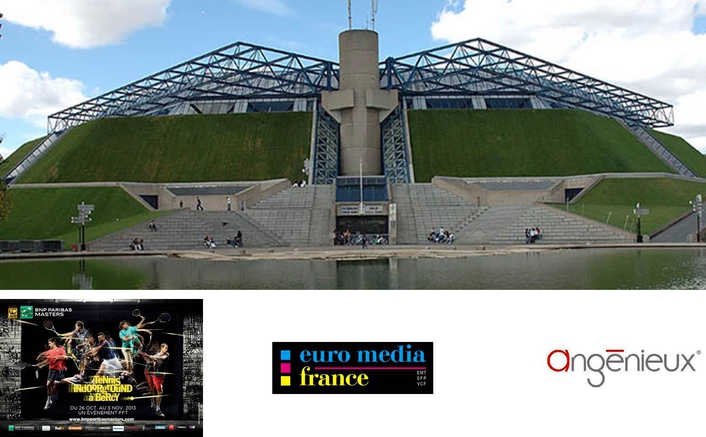 “We used the lenses on the camera 5 which was in the stand in ‘beauty’ position. We first put the 15-40 to have a ‘beauty’ shot of Bercy. Then we replaced it with the 28-340 to have better rendering from the camera at this spot. At 28mm, we still had a nice ‘beauty’ shot and the 340mm focal length allowed us to take tele shots of players. Having a wide-angle zoom lens until 340 mm increases the opportunities of a camera spot giving us much more diversity in shots. 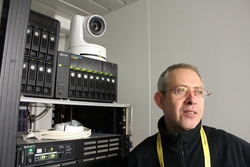 - What were the main difficulties in capturing this tennis match ?
Tennis is a very quick game and as soon as we try to get tele shots of the game, keeping the focus on the players becomes very difficult. In shooting sports with a large sensor camera, the depth of field is a parameter we need to be very careful with. Thanks to good lighting and the sensitivity of the Sony F55 camera, we could work with an aperture of 8 which helped us to have sharp pictures.

- For the 28-340 and  the 15-40, 2 zoom lenses that are traditionally used for cinema, can you tell us the benefits you had in the picture capture ?
As we worked in 4K, cinema lenses have a superior quality. Since the final result is shown on larger screens than 65” home screens or those of cinema theatres, the simple fact to have less chromatic aberrations brings a lot to the pictures. The precision of a PL mount allows easier changes of lenses during shootings since the disadvantage of the back-focus, well-known with the B4 mount TV lenses, is reduced.

- Which are the main differences you see compared to the 2/3“ lenses used in the broadcast field so far?
Regarding operation and reliability, the first advantage of lenses for 2/3” cameras remains the servo integrated on the lens. With most of cine lenses, we have to fasten external motors in order to control the zoom and the focus with standard handles that are used in the TV world. We also have to install a motor to remote control the iris which remains a weak point. Moreover, for long focal zoom lenses, we have to take into account the size of the lens, which is significantly bigger than what we have with usual TV cameras. Same thing for the weight, as we much more often use handheld cameras in TV productions

- Have you been convinced by the advantages of cine lenses ?
It’s clear that with the increasing number of requests for 4K TV productions, it is not only a question of having a camera with a better resolution but it is essential that all elements are at the same level. We can even say that the lens becomes more important than the camera. That’s the point where we clearly see the advantage of the cine lenses.

- Do you have other projects ?
We are at the beginning of a new world that we have just discovered. With our colleagues in the Netherlands from Euro Media Group United, we managed in July to capture in 4K the concert of the band Muse in Roma. The results have already been shown in cinema theatres everywhere in the world. The capture of tennis in Bercy allowed us to show we have the know-how for 4K productions in the sports field. In the coming months, we have many other projects in preparation in sports as well as in entertainment fields (concerts, operas).”