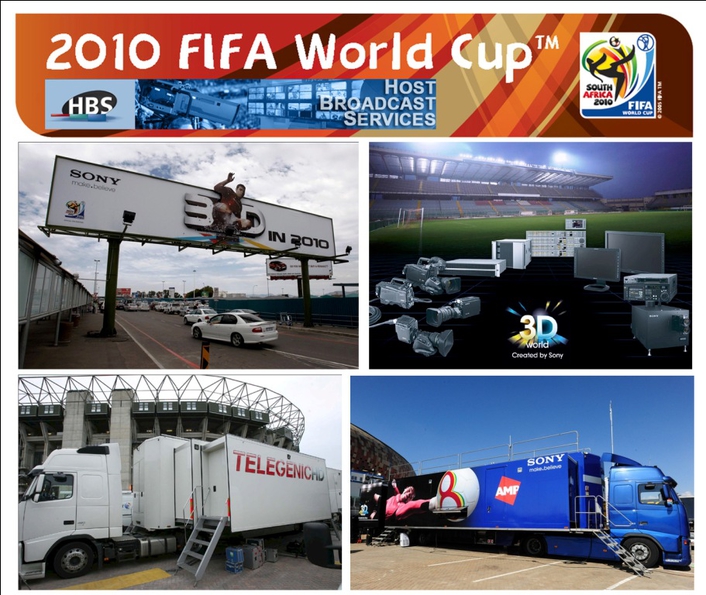 The 3D OBVans from AMP and Telegenic are covering 25 Gameas of the FIFA World Cup 2010
In December 2009, FIFA and Sony announced plans for 3D coverage of 25 FIFA World Cup matches. Integral in the selection and adoption of the technologies were Peter Angell, HBS director of production & programming, who served as FIFA special 3D project leader, and Duncan Humphreys, 3D consultant to HBS for the World Cup and partner in UK-based 3D production company Can Communicate. The aim was to deliver to TV-viewing soccer fans a new experience of their sports and to cheer even more about the World Cup. The tournament should help to kick off what TV makers, networks – and advertisers – hope to become a new dimension in home sports viewing and sports viewing in cinemas.

For coverage of all the 25 3D games in South Africa the Quasar rigs from Element Technica are used with Sony’s HDC-1500 cameras and Canon HJ22ex7.6B zoom lenses. There are 16 Quasar rigs in total, eight with each of the two 3D OBVans from AMP and Telegenic.