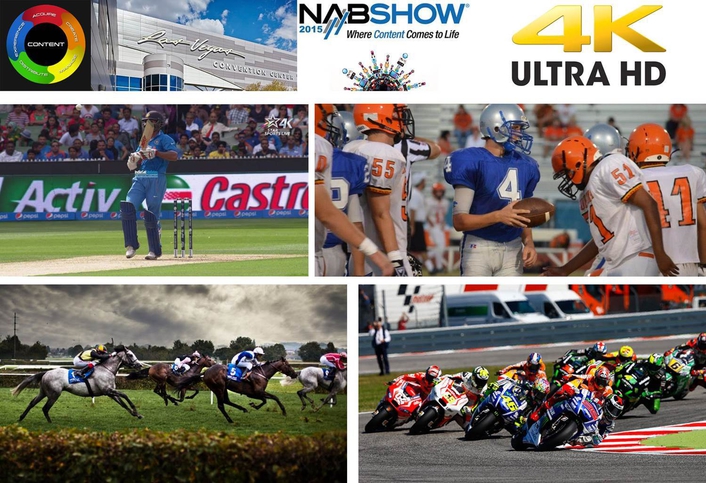 Cameras that take B4-mount lenses allow users to zoom in just as much as they do with an HD camera, without the problem of dealing with shallow depth of field, which makes focusing tricky and risks missing some of the action. It is also far better for sports use at large venues, which need much longer lenses than most other productions, as a 100x zoom lens for a 2/3-inch camera is a lot smaller and lighter than a 100x lens for a large sensor camera would be. 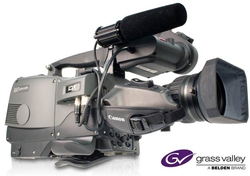 NAB Presentation: The Grass Valley LDX 4K camera is designed specifically for sports and live production content and is unique among 4K/UHD cameras in that it captures any type of live action with unrivaled quality levels by delivering outstanding high sensitivity and dynamic range. Based on standard 2/3″ imagers and a new high-bandwidth digital fiber transmission solution to capture live events without the compromises associated with digital cinema optics, the new LDX-81 4K camera is easily integrated into existing HD workflows and is the industry's first 4K/UHD camera with native B4 lens support.

NAB Presentation: Hitachi has developed the SK-UHD4000, a broadcast 4K Ultra-HDTV camera system which can use the 2/3-inch B4 mount lenses used in conventional HD broadcast cameras. The use of standard HD lenses with the SK-UHD4000 eliminates the need for special conversion adapters. This feature allows broadcasters to effectively use their existing lenses and shoot video in 4K resolution, while at the same time retaining the easy handling and operability of broadcast cameras currently in use. The SK-UHD4000 is an innovative broadcast 4K Ultra-HDTV camera system that makes it easy to produce programs shot in 4K resolution, which is projected to become the industry standard in the near future. It provides effective solutions to the challenges of live sports broadcasts outdoors, such as sensitivity and depth of field. The SK-UHD4000 is equipped with a newly developed 2/3-inch MOS sensor. This sensor makes it possible to produce video images with high sensitivity and high resolution. It also helps to significantly reduce the amount of power consumed.

NAB Presentation: Ikegami will follow the success of its 2014 presentation by once again hosting a leading-edge 8K Technology Exhibit, an 8K UHDTV camera, which will update attendees on the newest developments in the extremely high resolution Super Hi Vision format.A 4K Technology Exhibit including a new 2/3-inch CMOS 4K camera and a new 4K base station, compatible with existing Ikegami Unicam cameras will also be presented. As part of the 4K exhibit, Ikegami will display Hibino Corporation's cutting-edge real-dot full 4K 293-inch LED display. Ikegami's precise imaging technologies and Hibino's high resolution display technologies will be merged to expand the potential of the 4K solution. Having both proudly marked their 50th anniversary, Ikegami USA and Hibino Corporation will solicit the potential of 4K/8K technology from broadcast professionals at NAB 2015.