grandMA at the Movies - Nine 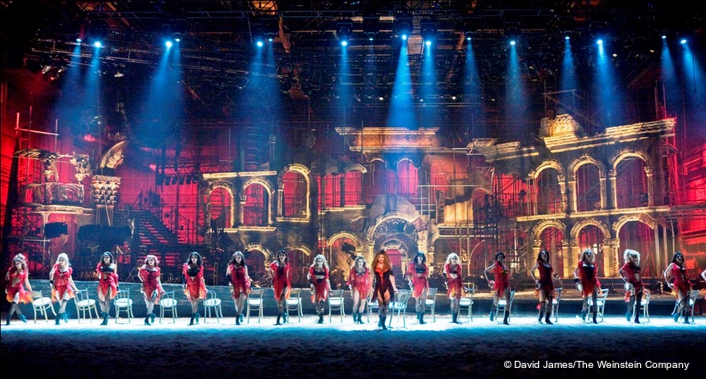 the opening number is massive, featuring all of the principals and about 30 dancers
Lighting Designer Mike Baldassari and Programmer/Operator Dave Sadler used a grandMA full-size console to run lights for the filming of 13 dynamically different musical numbers that will feature in the new Rob Marshall movie, “Nine”. These sections were recorded during a three and a half month period at Shepperton Studios, Middlesex, UK.

Nine is a vibrant and provocative musical

Nine is a vibrant and provocative musical that follows the life of world famous film director Guido Contini (Daniel Day-Lewis) as he reaches a creative and personal crisis of epic proportion, while balancing the numerous women in his life including his wife (Marion Cotillard), his mistress (Penelope Cruz), his film star muse (Nicole Kidman), his confidante and costume designer (Judi Dench), a young American fashion journalist (Kate Hudson), the whore from his youth (Stacy “Fergie” Ferguson) and his mother (Sophia Loren).

The original 1982 Broadway production of Nine nominated for twelve Tony Awards and winning five, including Best Musical, was directed by Tommy Tune, choreographed by Thommie Walsh, starred Raúl Juliá with music and lyrics by Maury Yeston and book by Arthur Kopit. The 2003 Broadway revival of Nine received eight Tony Award nominations and won two, including Best Revival of a Musical. 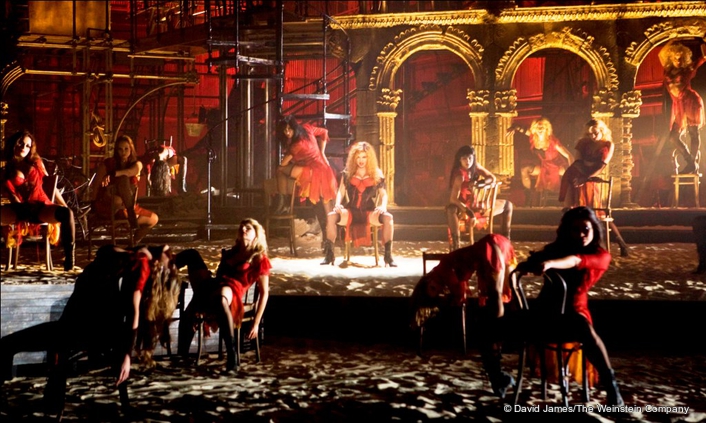 The lighting system had to be "fluid and transformable"

It was Sadler's first time working with Baldassari coming onboard after being recommended to the New York-based designer by several different contacts. During their initial meetings, Sadler suggested using a grandMA control solution, a decision they took for numerous reasons.

There was a large lighting rig available, comprising up to 200 Vari*Lites - a mix of VL2500 and VL3000 Spots and Washes and VL3500 Washes, chosen because they needed moving lights to make each of the 13 production numbers look completely unique and distinct. Not all the fixtures were used for every number, but they were rigged onto a complex trussing system installed in the roof, designed so they could be shifted all around the space. This helped create a totally fresh treatment for each song.The grandMA was also running over 50 Source Fours and a myriad of film lights including 5K, 10K and 20K Mole-Richardson beam projectors, brought in by Academy Award-winning Director of Photography/Cinematographer, Dion Beebe, who was also very much involved in lighting the project and creating the aesthetics for each song. Combined, this consumed 6 DMX universes run over 4 x MA NSPs (Network Signal processors). 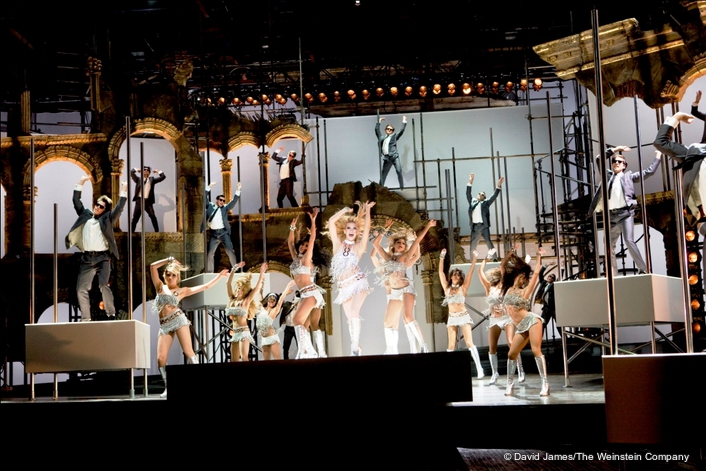 The musical numbers were shot with 3 - 4 cameras

I didn't want the lighting cues to ever blow a take

The diversity of the different songs is immense - the opening number is massive, featuring all of the principals and about 30 dancers, whereas other numbers are very intimate, with only one or two performers onstage. They needed to be able to change the feel of the space for each one, and with a set approximately the size of a football field, it was essentially creating and programming 13 separate shows, with many shot on specific areas of the set.

So... the lighting system had to be extremely "fluid and transformable," says Baldassari."The number-one biggest feature we needed on the control side was simply the stability," states Baldassari, saying that this and the grandMA's networking capabilities are, "both areas in which the grandMA is a leader". Secondly, it was extremely important for him to be able to use Timecode, and be able to edit the placement of the cues very quickly and accurately on a timeline.

"Given the star power in this film, I knew that using Timecode would be critical. I didn't want the lighting cues to ever blow a take," says Baldassari. Beebe and Marshall wanted to shoot most of the musical numbers with 3 - 4 cameras and in a limited number of takes for each moment, so it was vital that cuts from different takes or even a cut in the middle of a lighting fade could be matched perfectly in post production.

"The MA's timeline display for this was invaluable," he adds. Also, with all of the lights - moving, theatrical and film fixtures - controlled via the grandMA, the ability to precisely edit where cues could happen on the timeline "was imperative". Often they would only "tag" 3 to 4 cues in a row, then go back to that occurrence of the cue and fine tune - sometimes by eighths of a second.

Sadler made much use of the grandMA's Modulators and created highly effective chases with them, which were very quick and easy to achieve. He's been using the MA platform regularly for the last three years, and likes its stability and reliability.All lighting equipment for the Shepperton filming period was supplied by PRG, including a grandMA light for a backup console. Senior theatrical production electrician Peter Lambert was one of the key site technicians.

Concludes Baldassari, "Working with Rob Marshall and Dion Beebe made Nine a once-in-a-career type of experience for me. I am very grateful to Dion for asking me to be part of his lighting team and to Rob for putting my name forward". 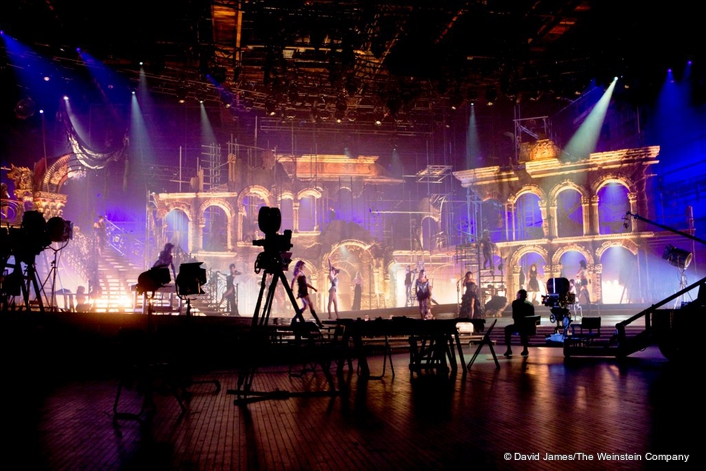