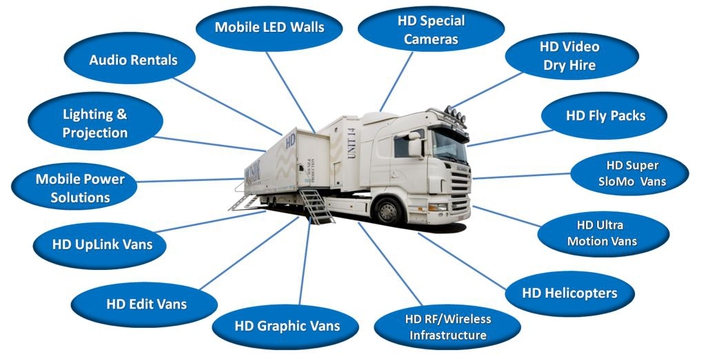 Live Production Infrastructure
After the detailed presentation of 88 HD OBVans to the European live production community in our HD OBVan directories in 2007 and 2008, we had a closer look to the infrastructure around the HD OBVans that is necessary to carry out national and international sports and music live productions which are televised to a wider audience. In early May 2009 152 HDTV programs were on air via the various satellite platforms in Europe including 35 dedicated sports broadcasters. In 2009 Eurosport transmits 3.000 hours of live sports and Infront partners with 130 rights holders of 20 top sports resulting in an involvement of the production of about five sports events every day. And we are happy to confirm that every production application that is available in standard definition, now also has become available in high definition, supporting the more than 200 HD OBVans from more than 100 production companies which are delivering high quality sports events to the more than 60 Mio high definition flat screens across Europe.

The Gateway to TV Live Production

Since the early days of television the transmissions of live events have achieved the highest viewing figures. Already the first live transmission of the FIFA world cup 1954 in Switzerland was watched by 90 million people in front of four million black & white TV sets. Today on the switchover from standard definition TV to high definition TV, billions of viewers are following the live transmissions of the FIFA world cup, of the Olympic Games, the UEFA Champions League or the Athletics World Cup. To find out if everything which was possible in standard definition now also is possible in high definition, we created the Live-Production.TV Internet Portal to present offerings in the areas of HD OBVans, HD Studios, HD Flypacks, HD Special Cameras, HD Dry Hire, HD Ultra-Motion, HD Helicopters, HD RF/Wireless Infrastructure, HD UpLinks, Audio Rental, Lighting & Projection, Mobile LEDs and Mobile Power Solutions. 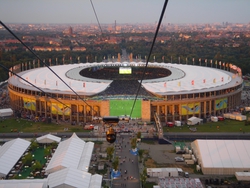 Goal cameras, rail cameras, tower cameras, rope cameras, to only name a few, are needed to focus on a particular part of an event to catch the action and to create the stunning pictures of a 100 meter final, the jump of a diver from the 10 meter tower, the goals at a football or an ice hockey match, not to forget the pictures of a ski jumper when he is travelling down the jumping tower with a speed of close to 100km per hour.

Your HD OBVan has 16 HD cameras on board but for a particular event you need 20 cameras – HD dry hire companies will help you out and rent these four cameras to you. You can get additional hard disk recorders or an additional video mixer for a particular period of time. Some of these companies offer complete fly pack systems and cabling support.

To catch the one tenth of a second where a slalom racer is passing a bar on his way down to the finish line and to display if he has passed the bar better or worse than his competitors you need to record this moment with a high speed camera that is capable to record 600 to 1.000 pictures. In replay you then can expand this very moment to two or three seconds. The same is true for the moment where a ski jumper is leaving the take-off area or other time critical events. 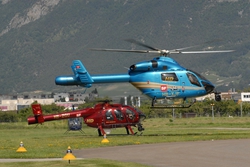 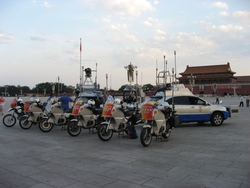 Transmitting pictures from wireless cameras on motorbikes at the Tour de France or the Giro d’Italia needs to set up a complete wireless infrastructure. The same is true for the transmission of the pictures from on-board cameras at the Formula 1 racing cars or from the ones located in the air race planes. In addition to the transmission of pictures via a wireless infrastructure to the HD OBVan, the wireless communication network is equal important to synchronize the actions of everyone involved in a live production.

Finally the signal from the HD OBVan needs to be transmitted to the broadcasters playout center or to an IBC (International Broadcast Center). This job is done by a growing fleet of HD UpLink Vans. In addition more and more of this vans are offering a two to six cameras production environment, which enables them to carry out small productions independently. 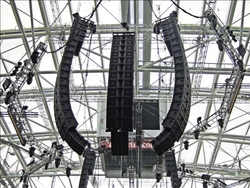 Not only at music events you need sound quality for the crowd in front of the stage that is of similar quality than the sound you are used to hear in front of your TV set with surround sound speakers. Audio rental companies provide this infrastructure by installing amplifiers, loudspeakers and FOH (front of house) mixing desks. They also can help to install the additional microphones you need to cover sports events in surround sound. 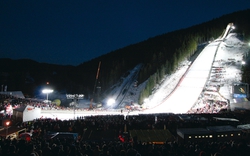 The need of lighting and projection equipment at sports and music events is growing. Despite the well established installation of lighting and projection equipment at music stages, we meanwhile see slalom-, ski jumping- and biathlon-events happening in the early hours of the evening. This only is possible because the whole area of the competition ground is illuminated by artificial light. 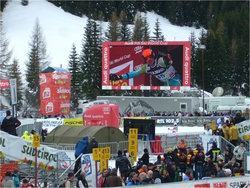 The public viewing areas at the FIFA World Cup in Germany or the UEFA Euro 2008 in Austria and Switzerland increased the need of mobile LED screens to deliver pictures of the games to an audience of sometimes more than two hundred thousand spectators. But also the crowd at a Formula 1 race, a biathlon race or a ski jumping event meanwhile expect to see the TV signal from the HD OBVan on a big screen in the arena 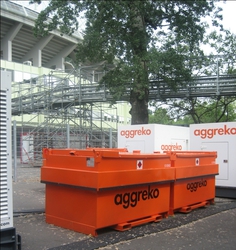 Sport and music events at remote locations have power requirements that in most cases can’t be fulfilled with the power lines available at the location. This is while you need mobile power solutions. But also for the coverage of a football game in the middle of a big town you not always will trust the available power infrastructure. Instead you will secure the power needs of your HD OBVan by renting a mobile power solution.

International events are the test field for new production technologies

Will all this investment in a complete high definition production infrastructure repay? Definitely “Yes”! Top-sports and top-music events will be the driving force of growth for the years to come and people across Europe require seeing these events live and in high quality on their new and large flat screens. The rate of profit return in the media rights business is still growing and every rights holder meanwhile has learnt that only with the best coverage of his event on TV, he can grow the value of his event: A high penetration of his event on TV enables him to generate additional income across the whole chain of monetary possibilities. This always becomes visible at the production of the world’s top sporting events: the Olympic Games or the FIFA World Cup. The FIFA World Cup 2006 was produced completely in High Definition and since that time all the premier leagues in Europe have followed this approach and producing the TV signal of their competitions in high definition. The Olympics in Beijing were also produced completely in high definition with more than 1.000 cameras and a lot of these cameras were special cameras like rail cameras, finger cameras, rope cameras, polecams or ultra-motion cameras. With these cameras the TV directors at the various events were able to highlight specific elements of a dedicated sport: The rope camera across the last 200 meters of the rowing and canoe competitions delivered breathtaking pictures from the finish, as well as from the fight of the wild water canoe competitors with the bars. A special finger camera was falling down with the divers from the 10 meter tower, showing their artistic figures including their dipping into the water. Another finger camera was mounted in parallel to the high jump lath, showing very clearly the jumpers trials. All these camera applications we will see again at other international and national events. 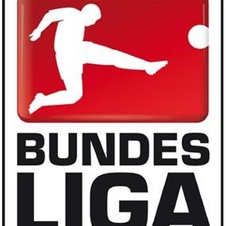 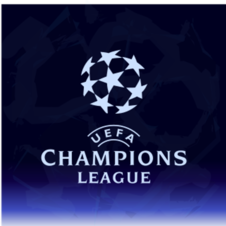 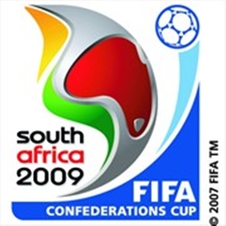 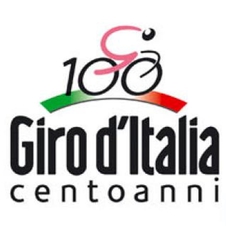 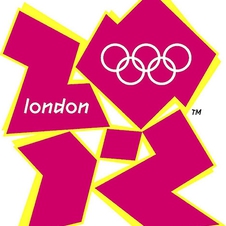 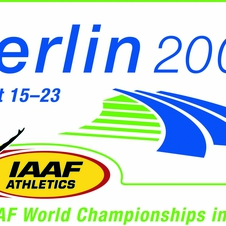 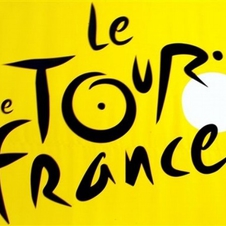 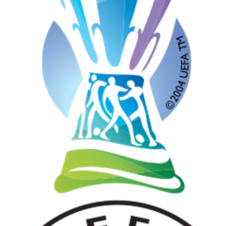 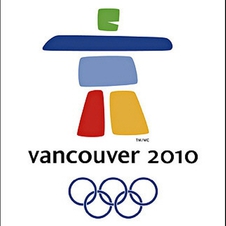 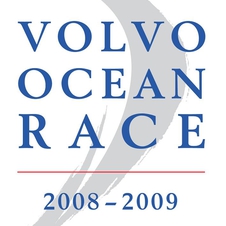 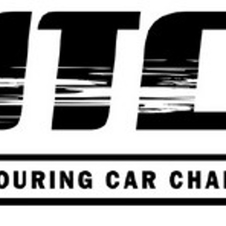 Sports like cross country skiing meanwhile are performed also in the middle of a town or up a hill (as part of the “Ski Tour”). The live coverage of sports events always will test out new production possibilities to bring the heroes of sports closer to the TV viewer. Wireless cameras are already playing an important part to give the production crews more flexibility and to picture the heroes before, during and after their performance. Everybody meanwhile demands to see the Formula 1 pilots in their cars or the air race pilots in their planes – all these pictures are brought to the TV screen via wireless production technology in the field. And after the establishment of super slomo cameras we now see the integration of ultra-motion cameras into the coverage of skiing, football, rugby, cricket and even darts. All the various sports have to find out how to best bring the emotions of their athletes to the TV viewers, otherwise they will disappear from the screens and therefore will have no more value to their rights holders. Biathlon is a positive illustration in this respect while table tennis still is on its learning curve. The introduction of the ultra-motion cameras have added again an impressive way to display the action of the athletes during their performance that goes far beyond the pictures we are seeing from the super slomo cameras. Especially the sponsors of sporting events demand to see the actions of the competitors in ultra-motion replay, because their logos are displayed quite clear and for quite some seconds to the viewers on the TV screens.

The production in 1080i is the international standard

Despite the fact that the EBU (European Broadcast Union) recommends to standardize on a 720p production infrastructure, all sporting events with an international relevance are produced in 1080i. This was true for the FIFA World Cup 2006, the IAAF World Championships 2007, the 2007 Rugby World Cup, the UEFA Euro 2008, the Olympic Games in Beijing, the Tour de France, the tennis tournaments at Roland Garros and at Wimbledon, or the games of the UEFA Champions League and the UEFA Cup since 2007, to only name a few. And it will be true for the upcoming events like the Olympic Games in Vancouver and the FIFA World Cup in South Africa. ARD and ZDF, the public broadcasters in Germany – both are among the few supporters of the EBU 720p recommendation – have to produce the international TV signal of the IAAF World Championships 2009 in Berlin in 1080i, otherwise they would have not become the host broadcasters for this event. All the 35 sports channels which are currently on air in Europe transmit their high definition programs in the 1080i format. This is good to know for all the European production companies who have started to invest in a 1080i high definition infrastructure in the past four years. Meanwhile all the available high definition production equipment has become switchable between 720p and 1080i and time will tell how often an HD OBVan has to cope with the additional work of switching his 1080i environment to 720p. 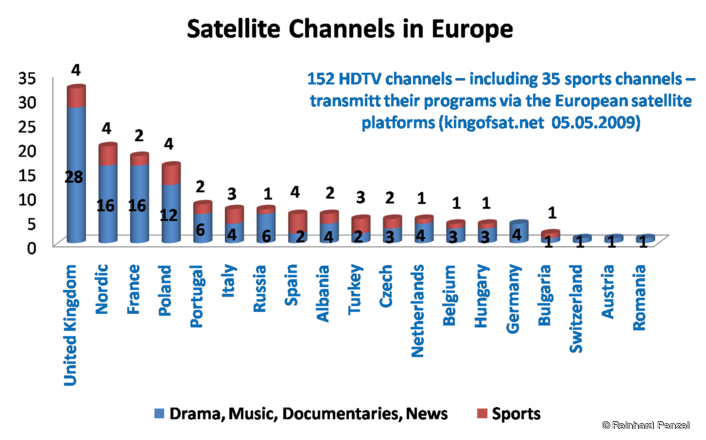