The London 2012 Olympic Competitions in Volleyball will take place at Earls Court
Volleyball made its Olympic debut at the Tokyo 1964 Games for both men and women. At Beijing 2008, the gold medals were won by the USA (men) and Brazil (women).

In 1895, William G Morgan devised a game he called 'mintonette', which he intended as a gentle alternative to basketball for older members of his YMCA gym. A century later, Volleyball is anything but gentle – few sports on the Olympic programme offer such fast and exhileration action.

History
Born in a sweaty YMCA gymnasium in Holyoke, Massachusetts, when William G Morgan invented an alternative to basketball that the older members could play - initially calling it “Mintonette”, which appears to be a word invented by Morgan for his new game.

It was later changed to volleyball after a spectator commented that the game involved a lot of volleying the ball back and forth, so this would be a more appropriate name.

Indoor players compete in formal jerseys that must adhere to FIVB rules, which include the clear display of player numbers on the back and front of tops. This contrasts to beach volleyball where the uniform must also adhere to rules but is akin to holiday swimwear. 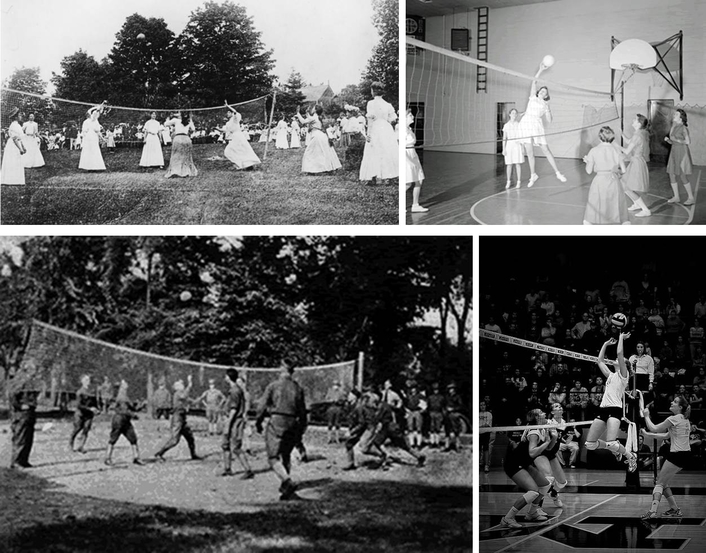 Since then volleyball has grown into a fast-paced, hard-fought sport that spans the globe. Its 220 affiliated national federations make FIVB (International Volleyball Federation) the largest international sporting federation in the world.

Volleyball was a demonstration sport at the 1924 Games in Paris, but only became part of the programme in 1964 in Tokyo.

The Basics
Volleyball is played between two teams of six on an indoor court that measures 60ft by 30ft, the teams separated by a high net that is set at 2.43m for men and 2.24m for women.

Volleyball is played by two teams of six. The object of the game is to land the ball in the opposition’s half of the court.

Each team is allowed three touches of the ball before it must cross over the net. The key attacking move is the set and spike, in which a player feeds the ball (the set) for a teammate to power it into the opposition’s court (the spike). Volleyball requires power and quick reactions: in the men’s game, the ball can reach speeds in excess of 130km/h.

Each team has the opportunity to have one libero among their players on court. The libero is a specialist defensive player, and may not play any attacking shots. The libero is easy to identify as his/her kit will be a different colour to the rest of the team.

Points are won when the ball hits the floor inside the opponents’ half of the court (on the line counts as in), the opponents fail to get the ball back over the net or hit the ball outside the court. 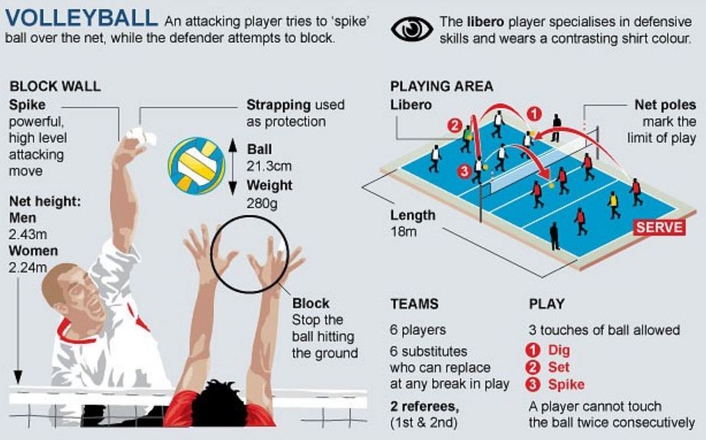 The team that wins the point serves next. If they served previously it will be the same player to serve, if not it is rotated to the next player - the six players are arranged in two banks of three and rotate clockwise when they serve. Before rules changes in 1999 it was only possible to win a point on your own serve.

Matches are the best of five sets. Twelve competing nations are split into two groups of six before quarter-finals, semi-finals and a final.

Volleyball is a very technical game, and a team that commits too many infringements (such as touching the top net band when playing the ball, or catching/throwing the ball) will lose possession, and potentially players. If a player receives a yellow card, a penalty is awarded to the opposition; if a player receives a red card, he/she is expelled for the remainder of the set; and if a player receives a red and yellow card together, he/she is expelled for the rest of the match. In a team of only six players on court, to lose one, even for a short time, gives the opposing team a real advantage.

The Format
At London 2012, both the men’s and women’s Volleyball competitions begin with a preliminary phase: the 12 teams in each event are divided into two pools of six, and each team plays every other team in their pool. The eight best teams (the top four from each pool) from this phase qualifies for the knockout phase, with the winners of the semi-finals eventually going head to head for the gold.

Payers require excellent hand-eye coordination and reflexes. Players also need powerful leg muscles as they must be able to explode upwards from a standing position, either to ‘spike’ (smash) the ball when attacking, or block the ball when defending. 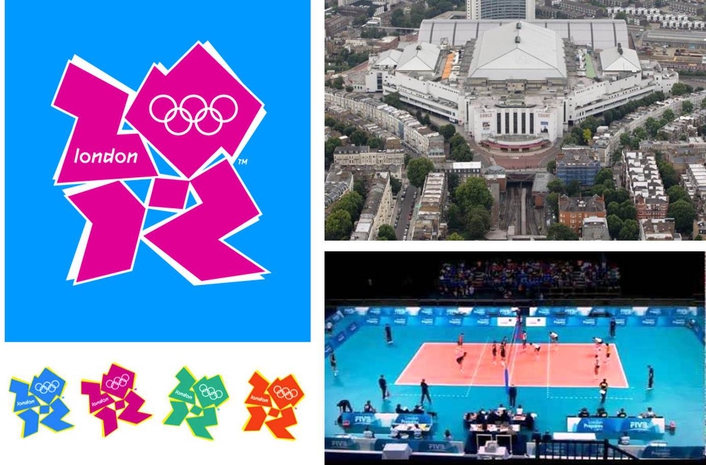 Communication is key. For example, players operate in ‘zones’ and when the ball falls on the border of two ‘zones’ they must communicate effectively so they do obstruct each other as they attempt to keep the ball in play.

When the ball is low players often clasp their hands together and use their forearms to push the ball skyward, but at all other times they normally use their fingertips to pass or ‘set’ the ball. When spiking, players jump as high as they can and, at the highest point of contact, use the palm of their hand to slap the ball downwards toward their opponents half.

The most common netball formation is 5-1, where there is only one setter. Other variations include 4-2, with two setters and four hitters, and its attacking cousin 6-2.

All matches are the best of five sets, with the first four sets going to 25 points. The fifth set goes to 15 points, and all sets must be won with at least a two-point advantage.

Volleyball is a fast and physically demanding game. Height is a distinct advantage, but players also need to have speed, strength and stamina as well as excellent technical play and the ability to think on their feet and play tactically as a team.

Number of medal events: One men’s and one women’s competition.

Twelve teams compete in both the men’s and women’s competitions, with 12 athletes on each team (six players and six substitutes).
Each country is limited to one men’s and one women’s team. 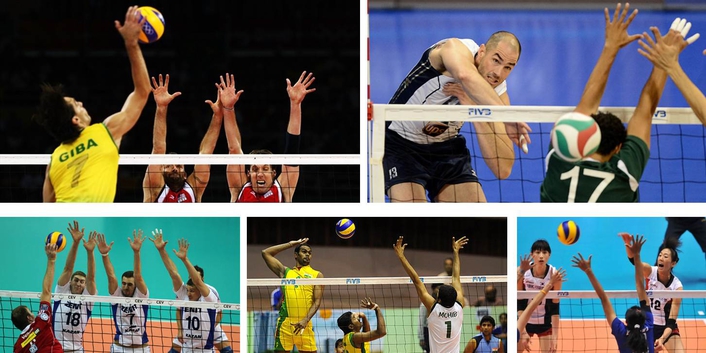