The London 2012 Hockey Competitions will be held at the Riverbank Arena
At the London 2012 Olympic Games, men’s and women’s teams will be shooting for gold and glory at the new Riverbank Arena in the Olympic Park. Hockey demands speed, stamina and a mastery of intricate hand-eye coordination. Played by teams of 11 on an outdoor pitch, the sport is a long-time Olympic favourite, offering non-stop action over 14 days of competition.

The sport made a brief appearance in the London Games of 1908 and returned at the Antwerp Games 12 years later and has been a staple of the Olympic programme ever since. Women’s hockey was introduced in 1980.

History
The game of Hockey has been around from the time of early civilization. Some of the reports find the earliest origin of the game 4000 years back. Field hockey was reportedly played even before the birth of Christ. Basically known as the “ball and stick” game, it was played since ancient times in places diverse as Rome, Scotland, Egypt, Persia and South America. The game was referred to in different names but the basic idea of playing the game was the same. The most apt used term was “Hockie” by the Irish. Though the term was coined centuries ago, the word found its way through to the present generation.

In the 17th and the early 18th century England, the game acquired a fiercely competitive and chaotic form. Villages would compete against their neighboring hamlets and there were nearly 100 players in one team. The game was a matter of pride and manhood; so the game acquired a dangerous form. The game would last for half a month and many players would end up injured and grievously hurt. The umpires were there but they were more of mute spectators, who would make a call only if a team asked them to. 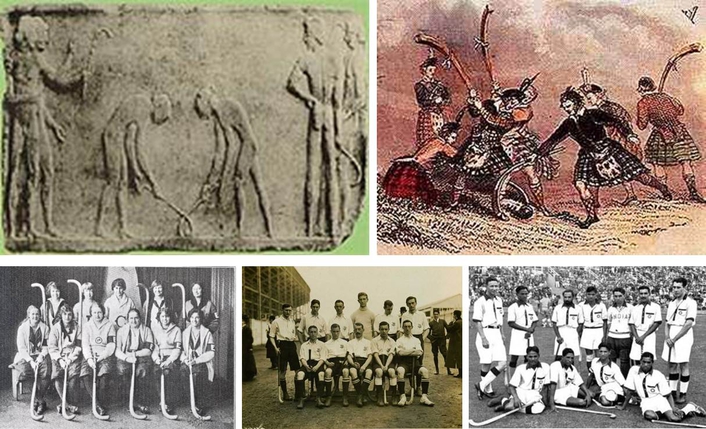 After some years, common sense and a logical and organized approach to the game came into play with the introduction of revision of rules. The game was limited to 30 players for each team. The Eton College of England drafted some rules to bring sanity to the game. The Hockey Association was formed in the year 1875 and some of the rules chalked out were implemented. The results were quite positive and more rules like giving the umpire enough authority were soon drawn to improve the quality of the game.

The Basics
Until the 1970s, hockey was always played on grass. However, top-level matches, including those at London 2012, now take place on water-based synthetic-turf pitches, which allow the ball to roll more smoothly and quickly. 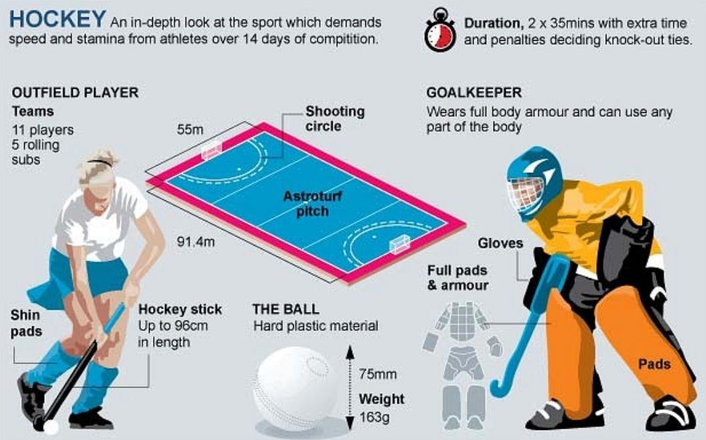 Teams of 11 players (plus five substitutes) compete against each other on a pitch measuring 91.4 metres by 55m. Players use hook-shaped sticks to advance a hard ball towards their opponents’ goal, which stands 3.66m wide and 2.14m high. Matches are played over two halves of 35 minutes each. Each nation can bring a squad of 18 to the Olympics and on match-days name a 16-man team. The five substitutes can be rolled-on-and-off at anytime.

At London 2012, both the men’s and women’s Hockey competitions will begin with a preliminary phase: the 12 teams in each event will be divided into two pools of six, and each team will play every other team in their pool. The top two teams from the groups will qualify for the semi-finals, with the winners going head-to-head for the gold, and the losers the bronze.

Players must use the flat, front side of their stick to hit or control the ball. Goals can only be scored by a member of the attacking team from inside the D – a semi-circular area in front of their goal.

The Format
Hockey demands speed, stamina and a mastery of intricate hand-eye coordination. The fast pace and high impact nature of the sport means it is not uncommon to see more than 100 substitutions in a game, with subs allowed to roll on and off throughout a match. Like football, there is no one formation that guarantees success, with tactics dependent on personnel.

A mastery of the penalty corner, awarded to the attacking team when the defending team commit a foul inside their own circle, can greatly improve a team’s chances of winning as they provide a good opportunity to attack the opposition’s goal. Like football, penalties are awarded when a defender commits a deliberate foul in the scoring area which hinders the progress of a attacking player in possession of the ball.

Penalty strokes are taken from 6.4m in front of the goal and the taker must only take one step before pushing or flicking the ball goal-ward, while the keeper must not move from his goal-line until contact has been made.

A player who commits a foul (obstruction, hitting an opponents or his stick while tackling, touch the ball with your feet) can be yellow-carded meaning they spend time in the sin-bin. A serious offence can lead to a red card and permanent exclusion from the games. Also hockey has its own green card, which is given to players to signify they have committed a foul which does not warrant further punishment. Two green cards leads to a yellow.

Teams often use unique commands, such as in American football or basketball, to communicate moves and tactics. These commands are known to members of one team only and leave the opposition none the wiser. 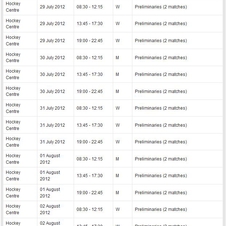 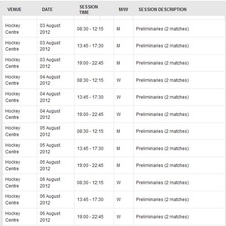 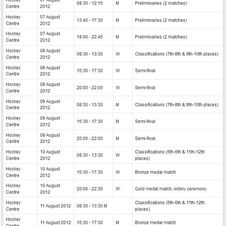