The Londo 2012 Equestrian events of Eventing will take place in Greenwich Park
Featuring dressage, cross-country and a dramatic jumping finale, the Eventing competition at the London 2012 Games will offer an all-encompassing test of Equestrian skill.There are three distinct parts to the Eventing competition: dressage, which illustrates the harmony between horse and rider; cross-country riding, which requires speed, power and nerve; and jumping, which calls for precision, agility and impeccable technique. The combination tests every element of horsemanship, and offers the spectator plenty of excitement along the way.

Along with the other Equestrian events at London 2012, the Eventing competition will be held in the beautiful surroundings of Greenwich Park. Dating back to 1433, it’s the oldest Royal Park in London, part of the Maritime Greenwich area that has been designated as a World Heritage Site by UNESCO.

History
Eventing receives its roots from the military . During it's first years the sport was so aptly named "The Militaire". Eventing was the military mission of a cavalry officer that had to deliver a message through enemy lines and back again .

France created the first event called "Raid Militaive", the beginning of Eventing. It served as an extended training event in the 1800's for Calvary horses.

The first day consisted of the endurance and cross-country test that involved about 50km of roads and tracks, about 5km of a flagged cross-country course of natural obstacles and then around 3.5km of a speed test with ten obstacles. The Jumping test was performed on the second day of  Eventing . Dressage was performed last . Today’s format is exactly the opposite, starting with Dressage the first day, continuing with the endurance, speed and cross-country test the second day and completing the competition with the Show Jumping on the final day.

The Olympic Equestrian Eventing competitions made its debut in 1912. Originally it was limited to members of the military. However, at the Helsinki Games of 1952, the competition was broadened to include civilian riders.

The Basics
The Eventing competition takes places over four days. As with all three Equestrian disciplines on the Olympic programme, the competition features both Individual and Team events, and men and women compete against each other on equal terms.

Dressage fills the first two days of the Eventing competition. Each horse and rider performs a dressage test in front of a panel of judges. The judges’ scores are converted into penalty points, which are carried forward to the next stage of the competition.

Day 3 is given over to the cross-country test, held over a beautiful but tough course in Greenwich Park containing up to 45 jumps. Every horse/rider combination is given penalty points for jumping errors and time penalties, which are added to any penalty points awarded during the dressage test to give a total score. 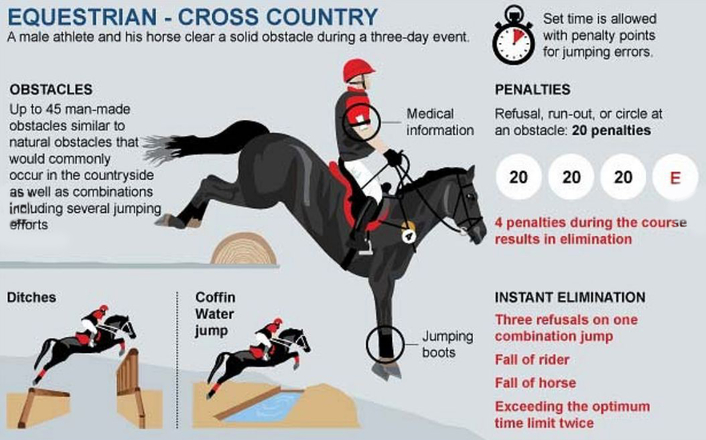 The Eventing competition gets a grandstand finish on Day 4 with the jumping tests. Once again, riders and horses are given penalty points for jumping errors and time penalties, which are added to their previous dressage and cross-country scores to determine the overall rankings. The first jumping test will decide the placings in the Team event; after this has been completed, there’s a second jumping test to determine the winners of the Individual competition.

Eventing is a gruelling sport that requires human and horse to posses good stamina and concentration, as well as flair and jumping prowess. Horse and rider need to be all-rounders. They will need the skills to excel at dressage and showjumping, but also will need to be super-fit and utterly fearless if they want to make it round the cross-country course. The fences, pond, ditches and combinations are designed to be a challenge. 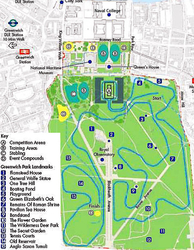 Dressage: The first test is dressage (which means “training” and is often referred to as ballet on horseback), to test the harmonious development of the horse’s physique and ability. All competitors ride the same set pattern. The score is converted into penalty points using a special formula.

Cross country: The second test is cross-country, where the horse is required to complete a set course of approximately 5.7 kilometers within an optimal time, clearing a variety of natural obstacles such as ditches, water, stone walls, benches as well as fallen trees. Horses are judged at every fence on the course and can receive penalties for issues such as refusals. The cross-country test will take place on the third Eventing competition day on an obstacle course of about 5km, consisting of a maximum of 45 jumping efforts and 29 obstacles (subject to change) that must be completed within a prescribed length of time (about 10 minutes). Technical specifications (distances, speed, number of efforts) can be adapted in adverse climate conditions.

Showjumping: The third test and final test is show jumping, which takes place on the third day. Horses must navigate a difficult course (in an arena) of 10-13 fences without incurring any faults. Faults are accrued if a horse knocks a fence rail down, if he refuses a jump, and if he comes in over the time limit. Riders are disqualified if the horse refuses to jump three times, the rider falls, or the team takes the jumps in the wrong order. with an objective to test if the horses have retained their energy and obedience to jump a course of 10 to 13 obstacles.

All rounds but the final showjumping round also contribute to the team event, in which countries enter up to five riders. The three lowest scores count towards the team total.

The top 25 riders after all three phases ride a second show jumping course to determine the individual medals. The winners are those with the lowest penalty points. 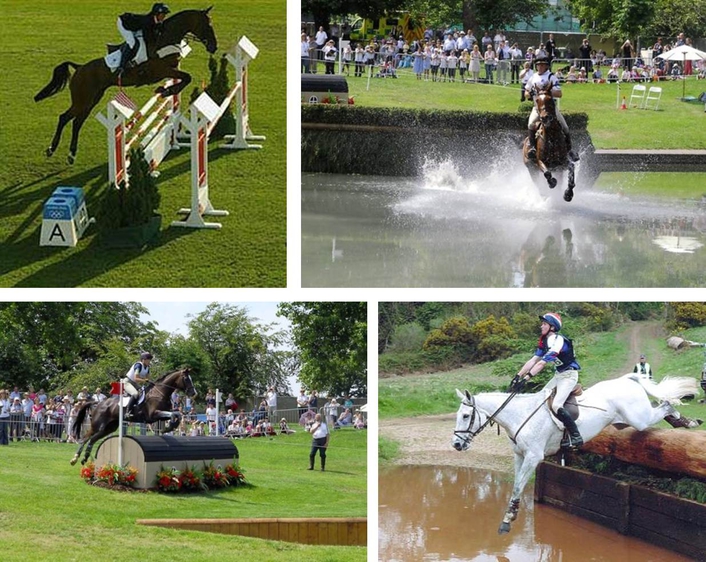