History
Track Cycling has been around since at least 1870. When cycling was in its infancy, wooden indoor tracks were laid which resemble those of modern velodromes, consisting of two straights and slightly banked turns.

One appeal of indoor track racing was that spectators could be easily controlled, and hence an entrance fee could be charged, making track racing a lucrative sport. Early track races attracted crowds of up to 2000 people. Indoor tracks also enabled year-round cycling for the first time. Track racing prospered in the US and Europe. The main early centres for track racing in Britain were Birmingham, Sheffield, Liverpool, Manchester and London. 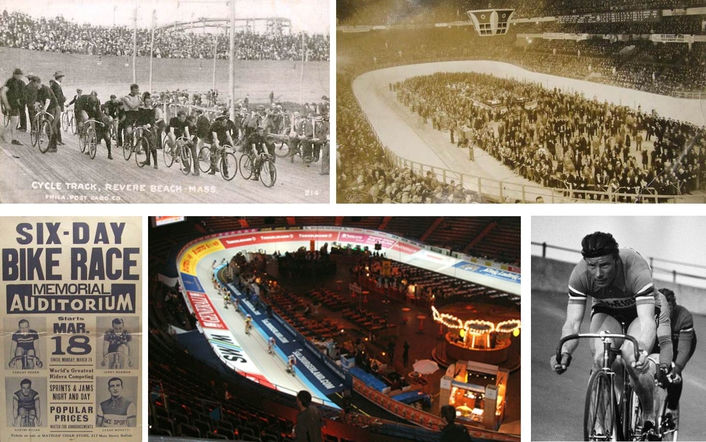 In 1881 a new form of track racing originated in England – Six Day Racing – where racers rode ordinaries continuously around a cinder track for six days or until fatigue overtook them. The grueling event was soon abandoned in England but was quickly adopted in America where six-day racing was enthusiastically embraced in venues like New York’s Madison Square Garden. In 1899 the single rider competition was outlawed for humanitarian reasons but continued with two man teams racing around the clock for six days.

The most noticeable changes in over a century of track cycling have concerned the bikes themselves, engineered to be lighter and more aerodynamic to enable ever-faster times.

With the exception of the 1912 Olympics, track cycling has featured in every Olympic Games. Women's track cycling was first included in the Olympics in 1988.

The Basics
There are ten Olympic Track Cycling events (five for men, five for women), which between them test speed, endurance and teamwork. The Sprint consists of a series of three-lap races, with riders racing head-to-head. The Keirin features up to seven riders sprinting for victory, after following a pacing motorcycle at the beginning of the race. 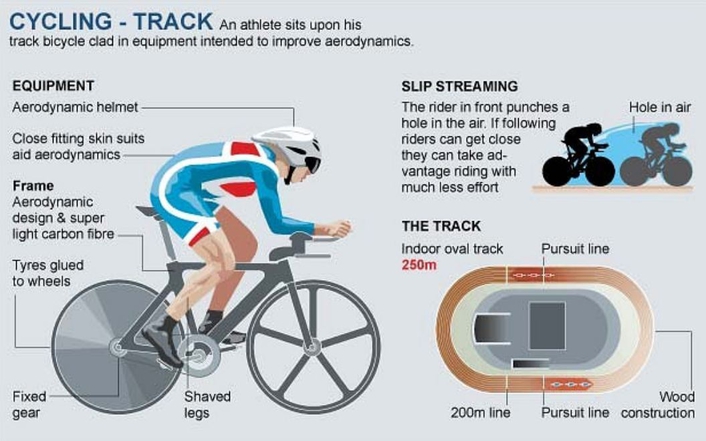 There will be two team events: the Team Sprint, which is actually similar to a time trial, and the Team Pursuit, held over 16 laps for men and 12 laps for women. Finally, there’s the Omnium. Making its Olympic debut at London 2012, the Omnium features individual riders competing against each other across six different disciplines on the track.

The Format
The London 2012 competition will take place in the new Velodrome, built especially for London 2012 in the Olympic Park. The track in the Velodrome has been laid with 5-metre lengths of Siberian pine, and is banked to an angle of 42 degrees at its steepest point.

Organisers want the world’s fastest track and so have tailored the track’s geometry and modified internal conditions (keeping the temperature high and air still) to optimize the chances of records being broken. Riders are expected to reach speeds in excess of 75mph.

The 2012 Games will not include the madison or individual pursuit as they were both dropped by the UCI in an attempt to increase greater parity between men and women.

Individual: Races last three laps and both riders will size each other up for the first two, trying to get in each other’s slipstream, before one rider makes a mad dash for the line and the other tries to overtake.

Team sprint: Two teams of three riders each contest it, starting from opposite sides of the track, with one rider from each team peeling away at the end of each lap. Men and women cover the same distance, which is dependent on the size of the Velodrome track.

Keirin: With six riders on the track and the all-out sprint finish, which often lasts two laps, this is the discipline where crashes are most likely to occur as everyone jostles for track position. The riders are led for 1,400m by the Derny car, which forces them to steadily increase their speed before the sprint finish, making it one of the most demanding cycling events.

Team pursuit: Riders ride in close formation, switching lead riders every lap to share the workload, with the clock stopped when the third rider crosses the line. Positioning of riders is key to setting the right pace for the race. The team pursuit is run over 4km (16 laps) for men and 3km for women.

The omnium is new to the Olympic programme. Described as the equivalent of a decathlon, it has six events, run over two days: a flying 250m lap against the clock, a points race (a long endurance race in which points are awarded for periodic sprints and lapping the field), an elimination, in which the last rider over the line every two laps is eliminated until only one remains, an individual pursuit, a scratch race (like a points race, but without sprints. Or points) and a 1km time trial (500m for women). In each of the six events, one point is awarded to the winner, two to the runner-up, and so on. The lowest total after six events wins. 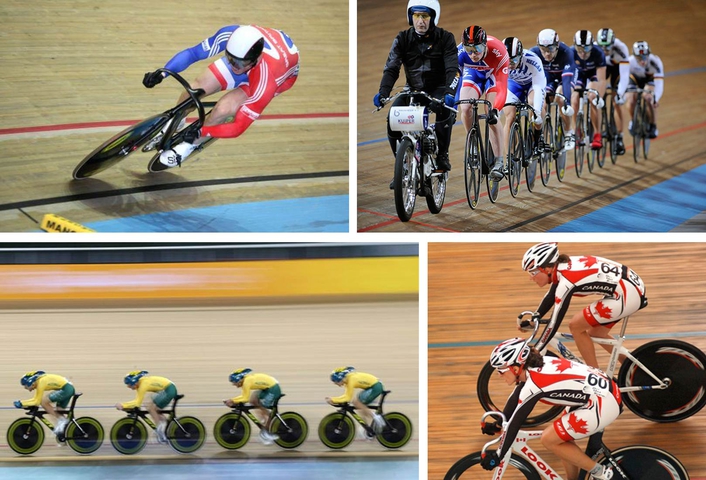