Called Halibut HD, it was the first full HD underwater camera system ever used at the World Swimming Championships. It was also the first time a system had been used to cover water polo, causing a sensation when the images were used to show what really goes on underwater during a match.

“Within SIS LIVE, we have a group of development engineers who produce bespoke cameras, for example for underwater events, motor sport events, cricket stump cams, or golf flag cams – any situation where a special camera is needed,” Wright says. “With Halibut, we had a system developed two years ago with a standard definition camera, but the World Swimming Championships needed an HD camera and had extra requirements for the water polo.”

Paul McNeil, Manager, Special Cameras, SIS LIVE, says no-one had asked for an underwater camera for water polo before and because the whole Championships were being shot in HD, the Halibut had to be HD too.

“When we were first asked to do it, we didn’t understand why the director wanted it, becausethe action is all above the water. Or so we thought,” McNeil says. “It turned out that he wanted to show everything and a lot goes on under the water that no-one ever gets to see. Although it looks like the teams are playing to the rules above the water, underwater all kinds of things are going on: fouls, kicking and obstructing opponents. Our footage was used as a replay and by the director as a split screen. For the first time, it explained the game of water polo.”

The Championships took place in July and August 2009 at the Forco Italico complex in Rome. Italian state broadcaster RAI was the host broadcaster and during the 17 daysof competition, 50 RAI journalists and120 technicians supported 200 hours of television, more than 10 hours a day live. SIS LIVE was there for the duration.

The Halibut HD camera used for the water polo consisted of a pan and tilt camera mounted on a 30 metre track at the bottom of the pool. The camera was also designed to move at high speed underwater.

“Halibut HD had to be very fast because in water polo they throw the ball from one end of the pool to the other,” McNeil says. “So we designed and built a brand new system that could travel at 6 metres a second.”

SIS LIVE only had five weeks to take the system from concept to a finished product. Wright says, “It was a really tight deadline and we had two mechanical engineers and two special cameras engineers working on it all the time. To complete this project on time wasa huge achievement by everyone involved.”

Halibut HD was a completely new design. The SD Halibut was mechanically easier to design as the SD camera is all packaged in a perspex dome, which in SD is not a problem, but in HD, you would see the perspex. It meant all the lenses had to be exposed, so all the seals and gaskets had to be developed specially.

Because the system had to move quite fast, this presented it’s own problems. The system also required a fully redundant drive control, in the event of a failure. Halibut HD also had to drive up and down the track with a 360 degree pan and -10 degree to +90 degree tilt.

SIS LIVE had an advantage as some of the team involved in the design of Halibut HD also operated it at the Championships, so the company knew in detail what works best.

SIS LIVE has built up a full manufacturing facility for creating products to the highest specifications. The facility includes everything needed to develop bespoke camera systems for customers, to a fully fledged manufacturing production line for products such as SIS LIVE’s Micro uPod uplink antenna.

A team of buyers, including strategic procurement specialists, are also responsible for specifying components and for exporting products worldwide.

Finally, a team of 12 permanent staff is able to provide 24/7 support for customers, as required. Halibut HD proved to be a great success at the Championships. It has since been used at other events and SIS LIVE has had enquiries for many other systems from all over the world.

Halibut HD is a good example of what SIS LIVE can achieve in house for any customer, whatever their special camera needs. 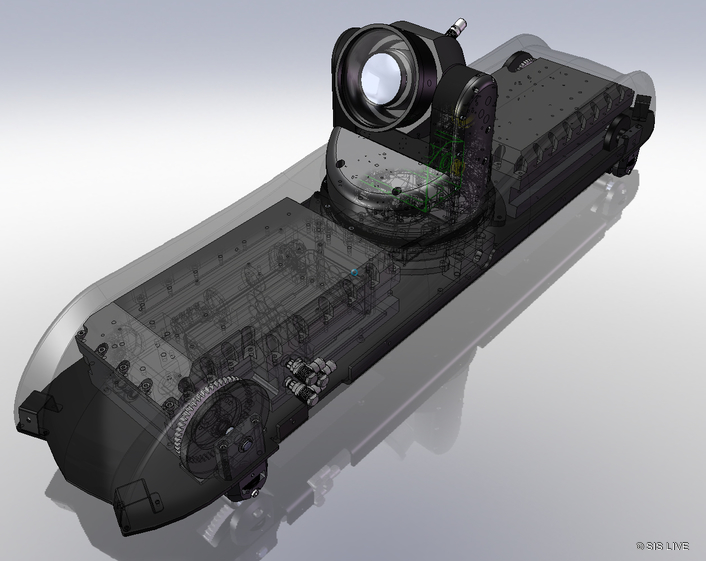 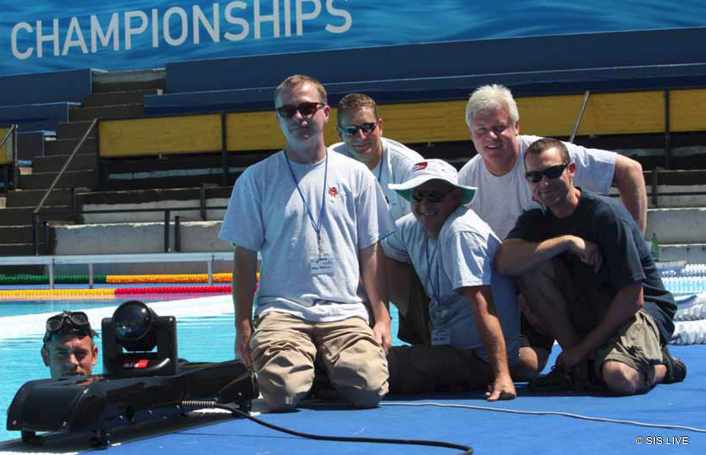