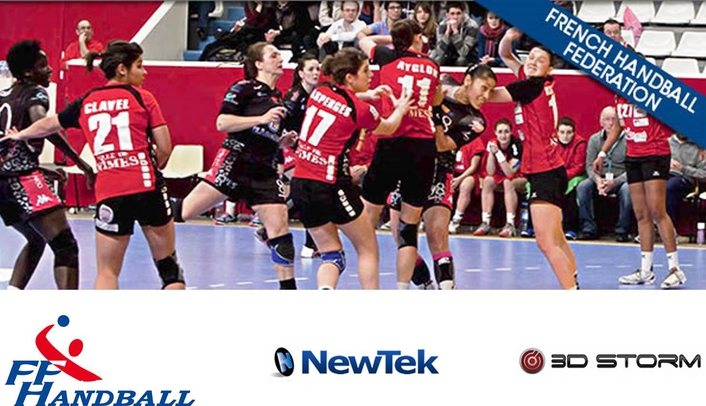 .
Following the 2001 World Championship, a memorable event for France as the Men National team won the title, handball became then a very popular sport, and demands of videos kept increasing.

Games of the national teams were well covered by televisions at the time. It was not the case for Pro D2 and the Women League games, they lacked of visibility. Former player at Paris University Club, Armand Steiger created an organization called Handvision, in order to support the initiative of the French Handball Federation to give fans an access to videos and images of as many games as possible. 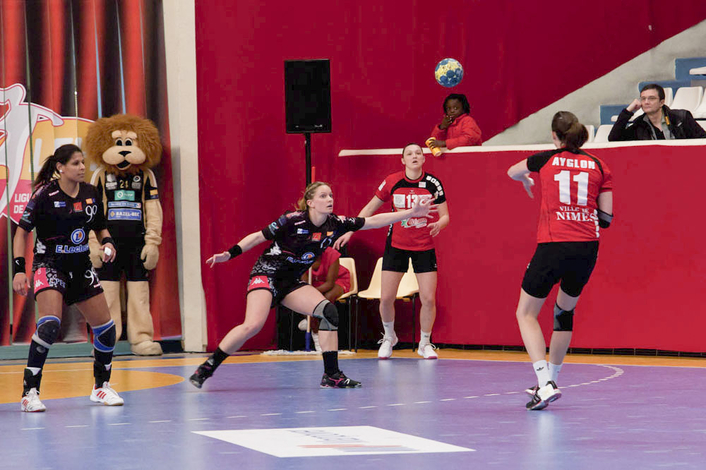 "Thanks to TriCaster, I can use my professional skills while living my passion"
Player, then coach, Armand Steiger was pursuing a career in computing, while still keeping a close contact with his passion for handball. About two years ago, he felt like the overall audience was missing of informative tools. Seeing an opportunity to surf on technologies' evolution and followed by a Federation eager to develop the technologies used for handball, Armand Steiger created a statistics tool available online. This tool was more than welcome, displaying statistical information about the national teams, it quickly spread to all clubs in France.

Following the World Champion title won by the French Men Team in 2001, the demand of videos went crescendo, the French Handball Federation started to look for a way to have their own images, in order to show games never broadcasted before by television networks. 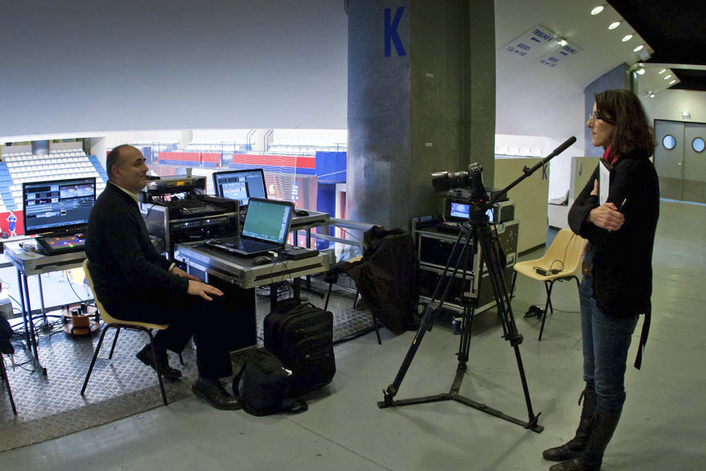 The Federation wanted to keep a control on the images shot and on the content broadcasted. Therefore they would not be dependant of the big networks anymore, as their primarily goal is often different from the Federation's. By developing the videos offered to the audience, the Federation has dramatically enriched its global sport project.

"Being efficient with affordable and simple tools"
Setting up a full production system generally requires an important budget, experimented engineers and the space to fit all the equipment. Opting for internet as the main broadcasting platform was a quick choice as "it already existed". At the beginning, they wanted to acquire a system that would support regular games broadcast. The goal for the season 2011-2012 was to show fifteen games in the year, but with the increase of the demand, Handvision streams today one game per week minimum. 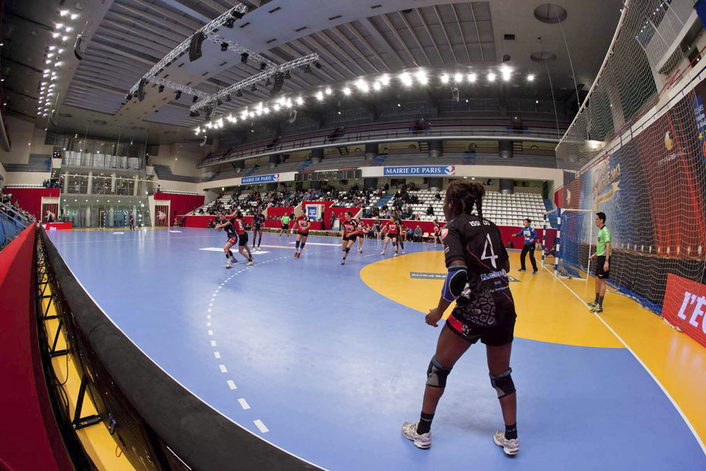 Wishing to be where televisions don't go and where television production architecture doesn't fit, Handvision was looking for a system that could be installed in a minute, in small spaces. TriCaster is very flexible, it can be stored in a flight case and fitted in a small car. Installation only takes two hours with two people. "The time and resources saved can be allocated to something else." The TriCaster from the 450 series that they bought, answered all their needs and brought not only more visibility to handball, to all the clubs and teams now broadcasted, but also to the sponsors.

"We are necessarily compared to big broadcasters"
With TriCaster Armand Steiger was able to keep using the online statistics tool that he developed. TriCaster was ideal for that, as the statistics can now be integrated in the live production as overlays, giving the web viewers and the on-site audience a television-quality show. "We are necessarily compared to broadcasters such as Canal +, that is why our statistics system was not enough, we needed to show beautiful images as well." 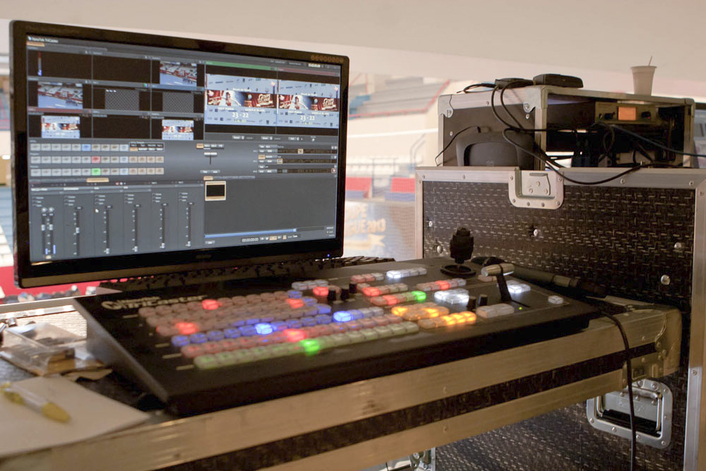 The set-up is based on 3 cameras linked to the TriCaster 450 series, and going through a switcher that routes the feeds towards the 3Play, NewTek instant replay system. Two cameras are remote cameras placed along the field. They offer angles never used before in Handball game production.

Today's configuration has evolved with the needs and wishes to develop the offer of the Federation.
In order to fit all the screens, to broadcast on television or to stream on the web, TriCaster features the capability to produce in HD and SD and to export various formats of video.

The Federation can not only archive high quality images for later editing, but also export them in mp4 and immediately make them available in VOD, without any conversion. 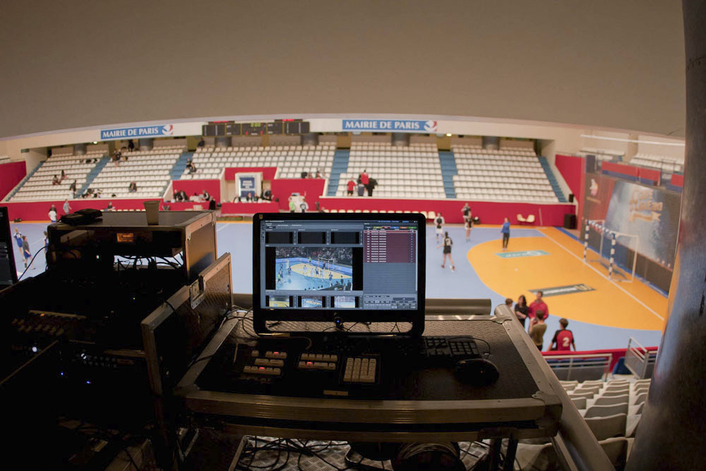 "Our first goal is always sport equity"
The integration of the 3Play replay system in the production workflow increased the quality of the videos produced by Handvision.

3Play has another major feature, the ability to add overlays on the replay image. This makes the difference and adds more value to the live productions. The viewers, watching the live stream on Dailymotion, or watching the replay on the big screens of the gymnasium, receive the same degree of information as if they were watching television.
The use of 3Play can push the boundaries and see new ideas and applications created around it, such as referee assistance. 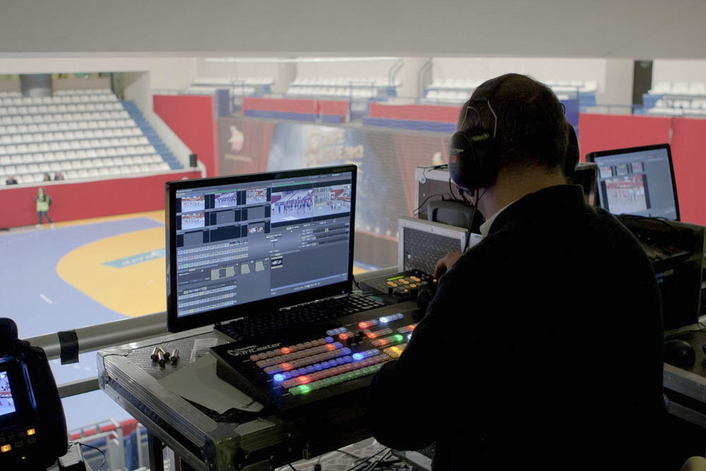 Handball is one of the most rapid sport, 30 to 60 goals can be scored in only one game, all potentially litigious. Flexible and affordable, 3Play could be a useful tool to assist the referees in taking good decisions without stopping the game, "because a sanction given to a player is not without consequences on a game". Armand Steiger hopes that to enhance the sport's equity, his application with 3Play will be validated for the next Champions League in Cologne.

"We needed to show beautiful images as well"
TriCaster and 3Play solved a lot of constraints considered as normal by television professionals, but smaller productions need solutions fitting the budget and the resources available.

All the TriCasters of the professional line are equiped with LiveText, the software gives directors an internal tool to create and insert titles and graphics within a few seconds. 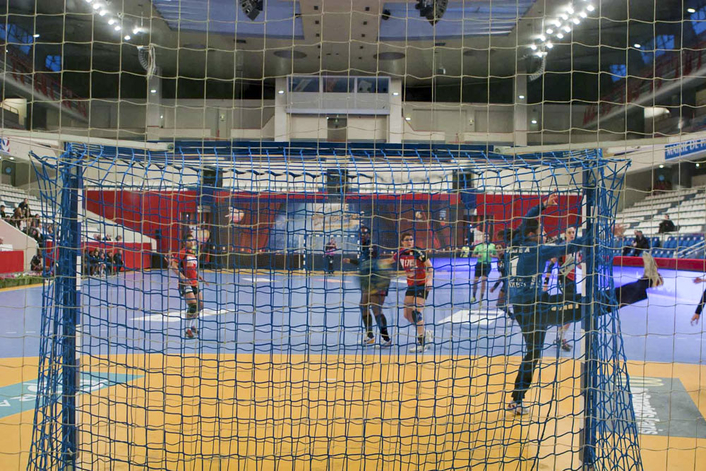 Armand Steiger creates the graphic elements for the overlays in advance and inserts the last minute information, such as names of commentators and interviewees, on-the-fly with LiveText. The technique is simple and respects the information sent from outside. The other graphics are sent to the TriCaster from a PC, through an iVGA connection. "When you capture in HD, at least you need good quality graphics" adds Armand Steiger, "We need to react fast, as we often receive informations at the last minute. With TriCaster you can do it, easily do it!"

"A goal impossible to reach until now…"
Thanks to TriCaster, Armand Steiger uses his computing skills to serve his passion of handball, giving the French Handball Federation the ability to broadcast the games of the national teams but also the Pro D2 and the Women League's games. "This is a goal that was impossible to reach less than two years ago." The next objective is the 2017 World Championship held in France. Armand Steiger would like to set up a reality TV show, a kind of multiplex, that will give the fans an exclusive access to the games, but also to what happens backstage, the trainings, interviews of the players.... without compromising on quality. 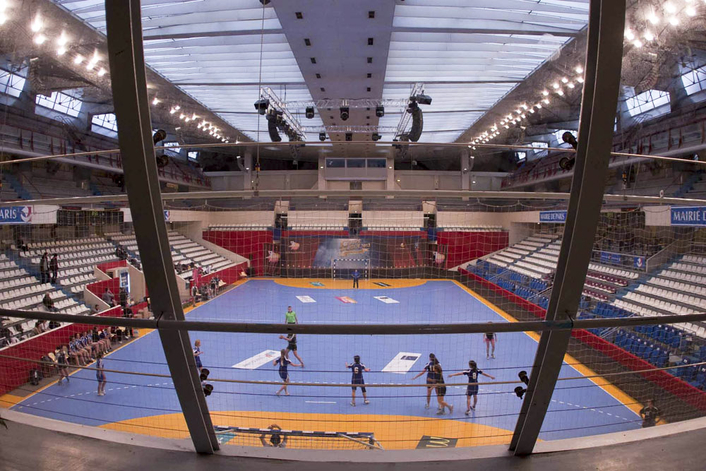