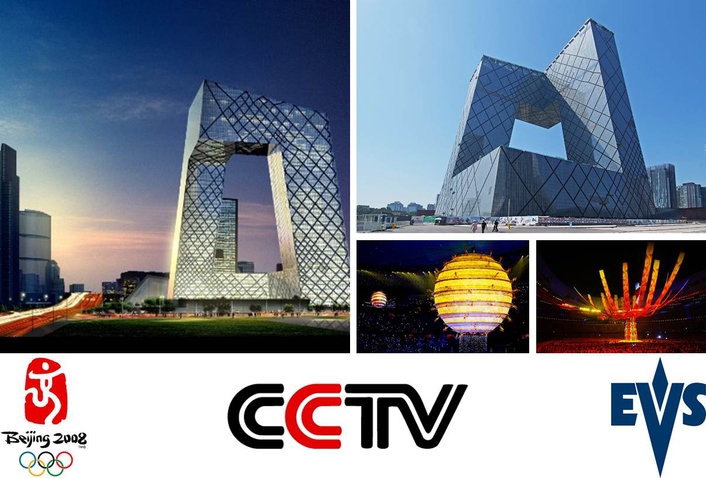 China Central Television (CCTV), China’s national television service, was named the sole provider of the 2008 Olympicsin Beijing to mainland China. With a network of 18 channels broadcasting different programming, CCTV reaches more than a billion viewers on the Chinese mainland.

CCTV had been using the EVS XT[2] production server and related software for field production in its OB Vans for several years already, but the 2008 Olympic Games marked the first time the company used EVS equipment in a studio setting as well as in the field.

"It was a large scale system, used by China’s topbroadcaster, to cover one of the biggest worldwide eventsof all time. This installation allowed EVS to demonstratethe power of our instant tapeless technology in HD,plus our excellent interoperability with Avid in the bestpossible way."Raymond Chen,General Manager, EVS China

Challenge
CCTV required a fully integrated production solution from ingest to playout for live and near-live production of the Olympics from 6-24 August 2008, including highlights, fast turnaround edits, replays, delays, graphics and video inserts, plus background on its various channels, CCTV1, CCTV2, CCTV5, and CCTVHD. The solution needed to include integration with Avid post production tools, and be able to record 32 feeds and handle over 3400 hours of programming over the three week period of the Olympic games. 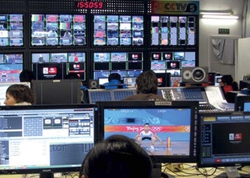 Benefits
In total, the EVS system recorded 3,200 hours of media in loop recording mode, broken up into 27,000 total minutesof backup playout, 3,400 minutes of highlights and replays, and 4,400 minutes of ads, background, delay, turnaround, and insert footage to CCTV1, CCTV2, CCTV5, and CCTVHD. 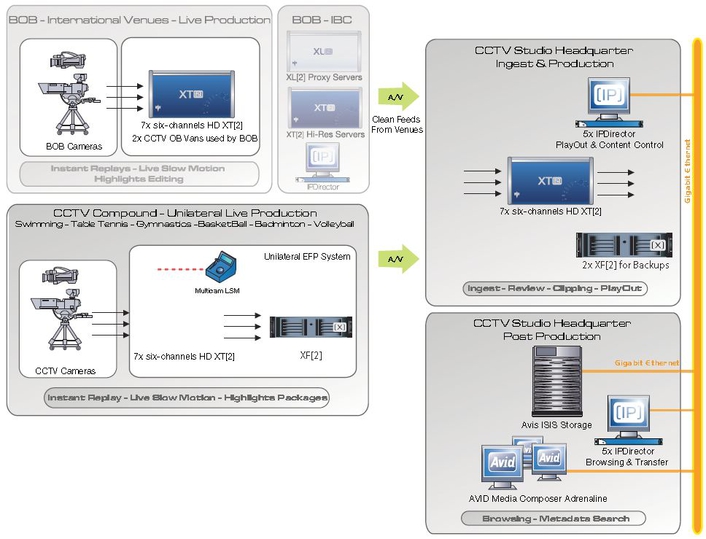