Equipment for the Winter Olympics 1992 in Albertville and the Summer Olympics 1992 in Barcelona
At the end of the 1980’s, the Eureka initiative of manufacturers and broadcasters in Europe triggered the development of analogue HDTV equipment and production facilities, key suppliers being Thomson and BTS.

The initiative was based on a) the analog transmission standards (HD-MAC, D2-MAC for standard definition), b) Test production & transmission during the Olympic Games 1992 in Albertville and Barcelona and c) numerous productions in Europe, organized by the European Consortium VISION 1250 with production facilities provided mainly by Thomson and BTS. 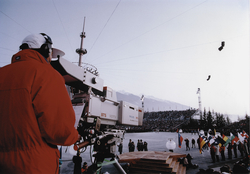 The Olympic Winter Games at Albertville, France in 1992, was the first big sports event in Europe that was produced and transmitted in HDTV – in parallel to the standard coverage in PAL and NTSC.

The European Consortium VISION 1250 was responsible for the production and distribution of the HDTV programs produced at the Olympic venues in France. Transmission of the signals at the time were provided via Satellite using the analogue HDMAC-transmission standard, reception was provided at about 150 special viewing sites throughout Europe. European production teams from France (SFP), Italy (RAI), England (BBC), Sweden (SVT), Spain (RTVE) and Portugal (RTP) produced the individual events. 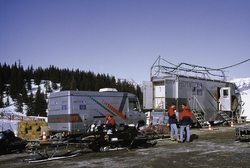 BTS (Broadcast Television Systems GmbH) from Germany - at that time a joint venture company of Bosch and Philips – and Thomson Broadcast from France provided the production infrastructure. Thomson later took over BTS and is today a major supplier of broadcast equipment under the brand name Thomson Grass Valley.

All systems were using analogue component technologyThe 6-Camera HD OB Vans were used to produce the major events in Albertville such as the opening ceremony, speed skating, figure skating, ice hockey and the closing ceremony.The 2-Camera vans were used together with the 6-Camera vans in Albertville but also for events in other Olympic venues such as Biathlon, Ski Jumping, free style skiing, and alpine ski events.The Edit facility and the MCU were positioned at the HDTV IBC at Albertville.

Eureka VISION 1250 Equipment for the 1992 Olympics 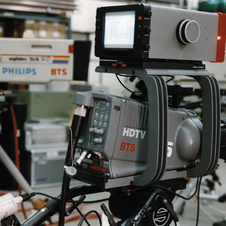 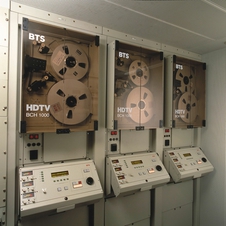 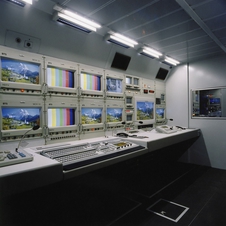 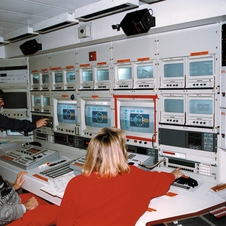 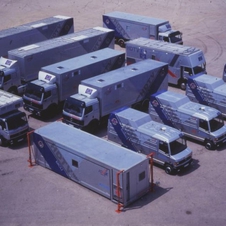 These facilities were also used during the Summer Olympics 1992 at Barcelona to cover the sport events in a similar fashion.

In addition to the Olympic Games the mobile production units of both companies were used to produce numerous HDTV programs all over Europe, later managed by the European Consortium VISION 1250, including events such as

· The celebrations for the 200-year anniversary of the French Revolution in Paris, 1989
· Circus Knie, Switzerland
· The visit of president Gorbatschov in Germany
· BTS promotional production “People”
· The Winter Olympics 1994 in Lillehammer
· The Summer Olympics 1996 in Atlanta 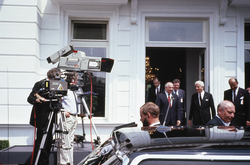 All together some 50 productions were accomplished until 1996. After 1996 the EUREKA project was stopped, because the 1250 system failed to get market acceptance due to the following reasons: a) Picture quality of the analogue transmission was not good enough, b) insufficient resolution of the receiver displays, c) the 16:9 aspect ratio still was conceived as „exotic“ and d) large displays were too expensive and too heavy (only CRTs were available).Nevertheless it was the start of the emerging drive for the 16:9 aspect ratio TV displays which today are dominating our living rooms.