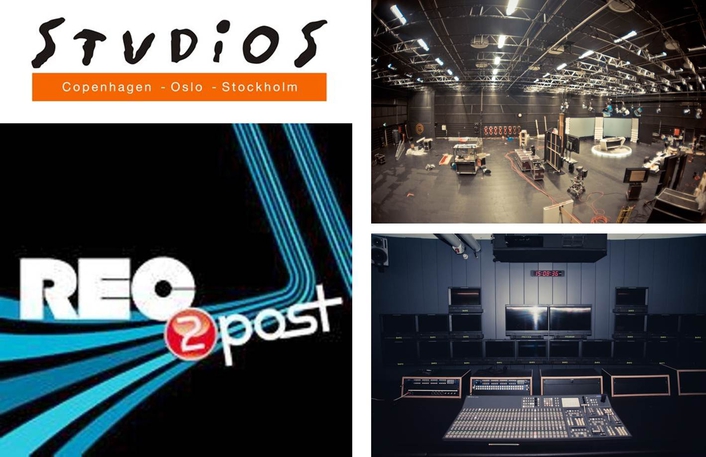 Studios A/S makes TV productions MasterChef and My Man Can a success using EVS’ Rec2Post solutions
Customer profile: Studios A/S is a leading full service facility provider in Denmark. Its home to TV shows such as Strictly come dancing, Who Wants to be a Millionaire, Allstars, Luxury Trap, MasterChef and many more.

Formerly known as Metronome Studios and founded in 1996 in Copenhagen, Studios A/S was acquired by Shine Group in April 2009. It currently operates as a full service production facility offering outside broadcast, post production, systems integration and rental services. It also provides studio facilities for TV2 | DANMARK’s morning news shows at the Central Station, Copenhagen, and is responsible for running the Danish Parliament TV-channel Folketinget. Its complex in Copenhagen comprises of six studios, ranging in size from small chroma key stages, right up to 350 – 950sqm TV-studios. 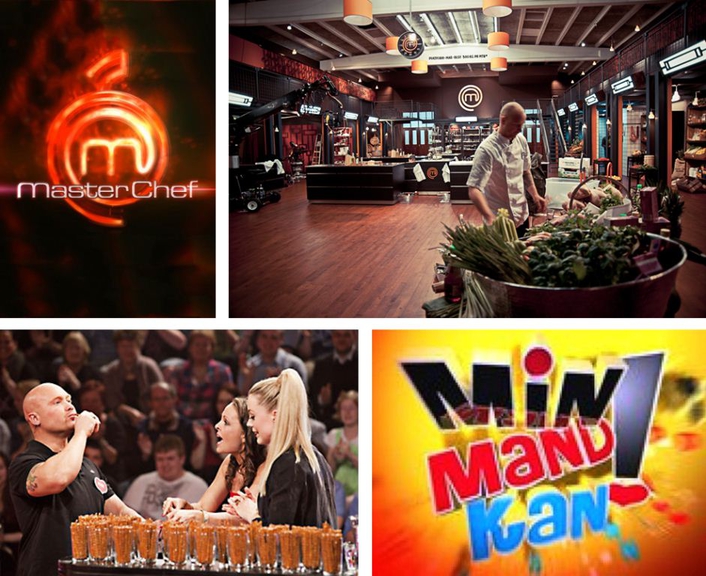 Two very different shows
In 2011 Metronome Productions, also part of the Shine Group, acquired MasterChef in Denmark for TV3 Viasat while Snowman Productions, part of the Red Arrow Entertainment Group (a ProSieben Sat.1 Group company), was tasked by Kanal 5 SBS TV with producing the game show, My Man Can for Denmark, Sweden and Norway.

Fast turnaround productions have increased dramatically due to the growing number of channels and platforms showing more and more reality TV, entertainment and editorial TV shows. To satisfy this demand, production companies have to deliver better, faster and more integrated workflows to provide a simple and affordable operation, without compromising the quality of the shows. 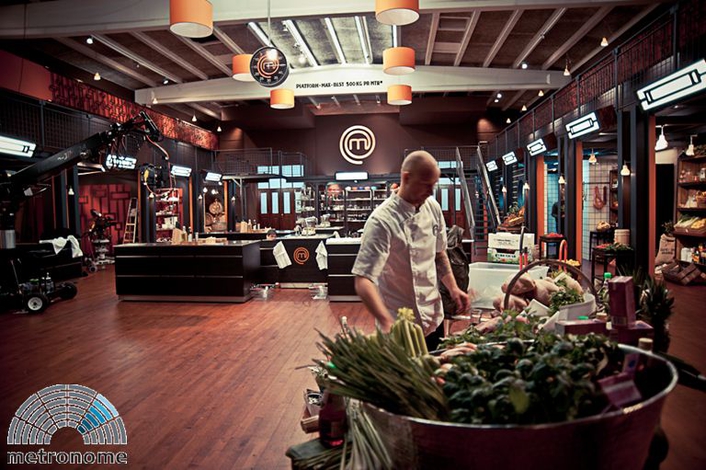 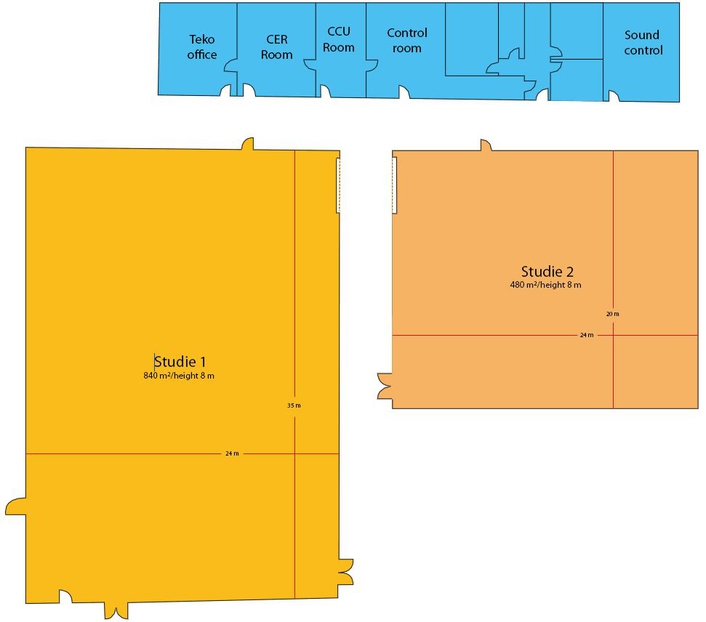 Studio 1 and Studio 2 with one Production Gallery

With MasterChef, Metronome Productions needed to produce 44 episodes of 50 minutes each. The team also had to record one master-feed, five output ISO streams and finish season one filming in two and a half months.

Both companies had to find a facility provider that would help them create the best workflows to meet their needs, and they were in no doubt that Studios A/S was the best facility for the job.

My Man Can by Snowman Productions

One shared challenge
All TV productions encounter their own challenges, and Metronome and Snowman Productions were no different. But they did share one major challenge: the need to find a more flexible workflow suitable enough for fast turnaround TV. Both production companies used tape- and disk-based workflows like XDCam, which meant high costs for hiring tape machines, disks and manpower to operate the equipment. So the first hurdle was now to overcome legacy workflows while reducing operating expenses.

For Metronome, additional challenges included:
• very tight production budget and a short time-frame for completion.
• changing how the company worked and managing the change.
Producing shows like MasterChef in a country like Denmark, instantly presents production companies with a challenge. With smaller viewer numbers, production companies have less available money.  This has meant needing to balance cutting expenses without affecting the quality of the final programmes. For Metronome, this was certainly the case.

Metronome’s second challenge was physically changing the way it worked. ‘We’ve always been very linear and would simply execute previously learned workflows and procedures,’ explained Tina Christensen, head of productions at Metronome Productions. ‘For us, it wasn’t easy trying to change our approach from the way we’ve always carried out a production, and adapt to new methods and techniques. So this for us was another big hurdle.’

For My Man Can, the additional challenge was a geographical one as Snowman Productions were tasked with producing and delivering three seasons in three weeks to three different countries. This meant they needed to produce and deliver episodes a lot faster. But with hours of material, this was extremely difficult. The client also wanted the clips/rushes available for download over the Internet, something the company hadn’t done before.

‘Usually we’d physically take the disks with us on a plane to the other location and ingest and edit the clips there,’ said Lars Fønss, head of productions at Snowman Productions. ‘But with a very limited time frame, we needed to start working on the clips immediately, so any way we could simplify the process was crucial to us.’

Two shows and one fast turnaround solution
Having used EVS kit for over a decade, Studios A/S knew its Rec2Post solution would offer the productions of MasterChef and My Man Can the best possible workflow, saving both companies time and money.
Studios A/S knew EVS solutions could work for both production companies, even though their operations would differ, and suggested a streamlined EVS workflow for both to comprise of:
• A six-channel XS Server
-    providing the ingest of six feeds
• Two IPDirectors – for the content production and management suite
-    ingest control (scheduling and crash recording), browsing and clipping
-    logging operations
• XTAccess gateway solution
-    enabling transfer to removable disks and shared storage for post production
-    generation of low res proxy files on-the-go while transferring 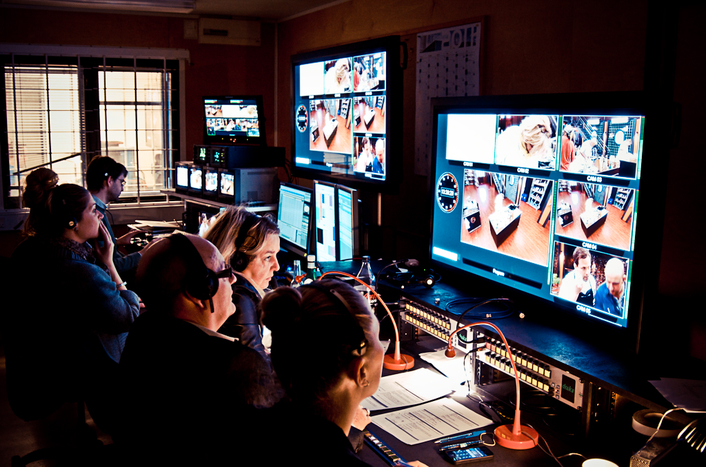 “EVS’ technology offers great flexibility in any production environment. Using the same solution for two productions with different workflow requirements was a great plus point for us as it maximises our technology investments while guarantying the best offering to our customers. It meant we didn’t need to look at two different vendor options,” said Peter Seehausen, CEO, Studios. “It offers value added benefits for production companies by reducing overheads and providing a speedier production. And for us, in terms of installation and support, it offered easy channel configuration, native support of multiple codecs and a multicam ingest server that can also be used for playout.”

With the combination of the XS Server, IPDirectors and XTAccess, both companies could quickly set up and produce their shows without increasing costs.

Editing in a flash
For MasterChef, four programmes were produced per week using five ISO streams plus CleanFeed ingested, under the control of an IPDirector, into a six-channel XS server. As the feeds were ingested, three key activities took place simultaneously:
• The producer would create a master copy from the feeds, deciding which to use.
• The logger would log all relevant clips using IPDirector.
• An EVS operator would make sure all the clips from the camera feeds were transferred to the Avid suite through the XTAccess.

One EVS IPDirector handled the creation of clips across all relevant camera angles while simultaneously transferring files, while another was used for logging all incoming footage. Prior to production, a detailed keyword grid was set up to precisely define every clip recorded. Once all the content was loaded and logged, descriptive metadata was then added to each clip at the ingest stage, with further information added whenever a clip was used or modified. This provided a comprehensive timeline of each clip, which could be built for editing and archiving purposes. 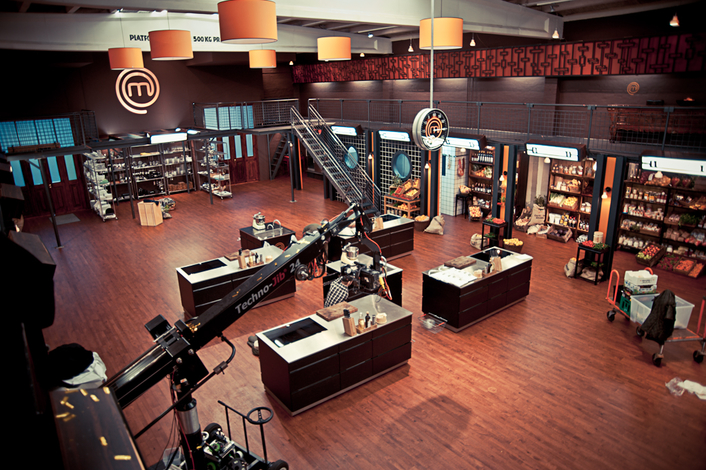 Through XTAccess, each clip was exported onto two disks - one for backup and one for exporting to an Avid 64Tb ISIS storage system. At this stage, the editor had instant access to the material and could pull up the producer’s master copy and select additional clips using the metadata associated with each. Metronome Productions needed this crucial process - it helped it to keep to time limits without the need to allocate additional resources to batch-stations or employ edit assistants.

“The ability to record seven and a half hours of content on each of the six streams and then load it to an edit suite quickly, was a great advantage for us. EVS’ technology enabled this swift process. We were able to save time and money and create the first season of MasterChef even quicker than if we’d used our previous workflow,” explained Tina Christensen. 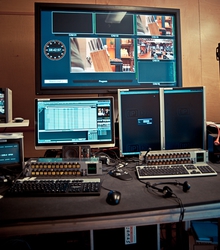 The process for My Man Can was different. It had to be filmed using five ISO-streams with one master copy, and the show was recorded in Avid DNxHD® codec on the XS server in Denmark while the clips were edited in Denmark, Sweden and Norway. So that the clips could be accessed online, during the recording EVS’ XTAccess would generate proxy files (JFIF), which would be transferred via ftp to the post production facility in Denmark, Sweden and Norway and then imported into an Avid suite. Once recording was complete, the hi-res content was sent to post-production on disks by plane in order to re-link the HD material with the offline edits. This saved Snowman Productions valuable time because craft editors were able to start working on the footage even before recording had ended.

“The main issue was speed, and for delivery to Denmark, Sweden and Norway we needed EVS’ solutions with its integrated post operation to enable this. What helped was that EVS’ kit works very well with Avid suites, and as all of the locations used Avid, this process was made even smoother and quicker,” said Lars Fønss, head of productions  Snowman Productions.

The results
“Without the EVS solution, it would have been impossible to produce the show to the standard we did, so quickly and efficiently, while at the same time reducing our ongoing costs. The solution is irreplaceable. We’re already planning similar productions for the future and I can guarantee that none of us are thinking of going back to the old tape/disk-based workflow again.”

Since the successful completion of the first season of MasterChef, Metronome Productions is currently working on the production of Junior MasterChef.

My Man Can is in production and EVS’ solutions helped simplify all aspects of the production, allowing production teams to speed up the delivery of the show.

“The turnaround time provided the flexibility needed in order to enable downloads of the clips online quickly and efficiently,” Lars Fønss explains. “Our post facilities in Copenhagen, Stockholm and Oslo were able to begin editing within a few hours of the clips being recorded and gave a significant head start on the remainder of the production. With the speed of EVS’ technology, we easily met the deadline.” 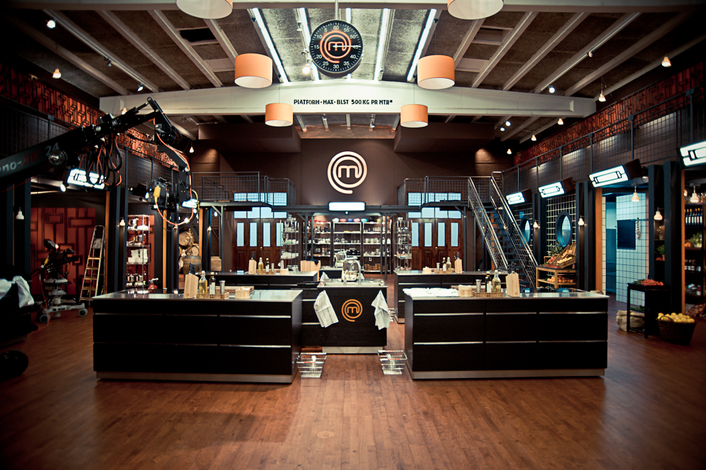 The workflow differences of the projects didn’t pose a challenge for Studios A/S as they were confident that EVS technology could easily adapt to suit both productions.

“As a facility we want to use technology which will help make production companies’ lives easier and provide them with a smoother operation,” said Peter Seehausen, CEO, Studios A/S. “One thing that’s key for us is that EVS’ technology works seamlessly with third party kit such as Avid. It’s a great solution to use for fast turnaround TV productions, and for both productions, it worked flawlessly. With EVS, it just works and that’s why we use it.”