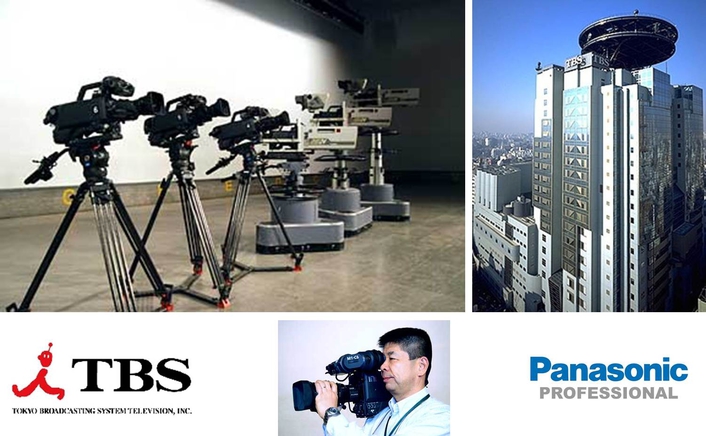 “M1 Studio” is mainly used for recording period dramas. As for “M2 Studio”, TBS also uses it for own drama production and as a rented studio to other commercial TV stations. Panasonic Drama Theater “Step Father/Step”, started on January 9th (TBS, Monday 8 PM), is being recorded in this M2 Studio.

Midoriyama Studio City Inc. was established in 1982 by Tokyo Broadcasting System, Inc. at that time. The company’s business includes the management, operation, and maintenance of the studios, including equipments such as camera systems, switchers, audio-mixers, VTRs and lightings. 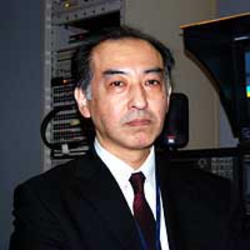 Shigeki Tachibana, Vice President, in charge of Facilities Planning Division of TV Technology Director of Technology, TBS said, looking back, that the keys for adaptation of AK-HC3500 were its “high image quality” including S/N and color reproducibility, the compact and lightweight body, and its toughness against rough use.

“For digital broadcasting, the most important thing for a broadcast camera is, indeed, high image quality. Especially for shooting of drama, the demands for image quality and textures are extremely rigorous and extensive. However, AK-HC3500 can finely and faithfully reproduce the colors in a variety of scenes, from brightly lit scene to dark one. We regard that the black tone in a dark area and the restoration of human skin tone are particularly superior. Furthermore, even in the studio set, the shoulder-mount style shooting is increasing lately. The small size and light weight of this camera is quite appealing, and I think the balance of camera head, when mounted high power lens, is excellent,” said Tachibana.

The high image quality and robustness of AK-HC3500 is demonstrating its ability in the operation of OB Van of TBS television, Akasaka, Tokyo. 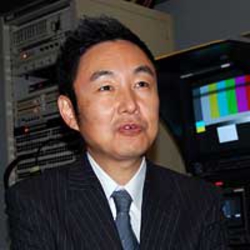 “High image quality is not equal to high resolution. The fine balance of resolution, color reproduction, and S/N can only produce the authentic “high image quality”. The biggest feature of AK-HC3500 is its excellence in color tone in the dark areas. Black tone representation is required in various areas. Especially in the drama, one of severe genres, I think the strength of this camera was maximized to produce information-rich pictures even with the dark scenes across the screen. This camera offers superior color reproducibility in the shaded settings, such as representation of actor’s face, the setting of dark area behind the actor, and the balance of them.” said Nonomura.

Excellence in gradation of black color is demonstrated specially in the funeral scenes, where attendants wear black formals with a variety of materials such as chemical fiber, wool or silk. In order to reproduce not only the difference of the materials, but also the textures and outlines of overwrapping black costumes, instead of creating the washed out pictures, the resolution and DTL signal processing is important.

“AK-HC3500 provides the high limiting resolution, excellent gamma curve, and superb spectral characteristics. As a result, it enables us to create rich and smooth pictures from high brightness to low illumination, and provides the well-balanced color reproducibility. Furthermore, the gamma curve in AK-HC3500 is especially useful for producing the traditional old-world pictures in the period drama,” said Nonomura. 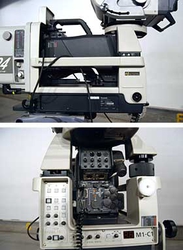 Not only camera operators but also video engineers and light operators regard AK-HC3500 highly, saying that they can easily produce the intended representation and bring to the intended adjusting points without stress.

Responding to growing needs for the “film-like” pictures
Because the high-definition television has became the standard in the ordinary homes, the tastes added on pictures become clearly visible, and there is preference of directors who direct the drama, demands for “film-like” pictures, which can created by progressive recording or cine gamma, are increasing.

Easy to elaborate
About AK-HC3500, Nonomura says “put simply, this is a camera you can easily elaborate pictures.”

“This camera makes me easy to follow during adjustments or programs thanks to the quality of original pictures. Besides, with this camera, it is unlikely for us to set improperly, so we can easily tune what we want.” said Nonomura.

Also, the easy-to-use camera head, the low power consumption (low-heat), and the speed of response to operational controls are receiving a high evaluation as professional equipment.

Deliver natural “lights” faithfully to the audience
As a media organization, it is broadcaster’s duty to provide not only the prompt and accurate news delivery, but also the lights and sounds of nature faithfully. Development of TV camera as a gateway to the mission is the most challenging field that requires converting the dynamic range, which is spreading infinitely throughout nature, into the limited electrical signal levels. It requires the field specific technologies, expertise, and experience.

“Especially for the production of artistic dramas and films, demands for image quality are rigorous. In the future also, TBS Television continues to place great importance on drama production. So the importance of “the drama studio Midoriyama” will increasingly grow. We expect that Panasonic will continue to provide us the specialized professional cameras for the production,” Tachibana said. 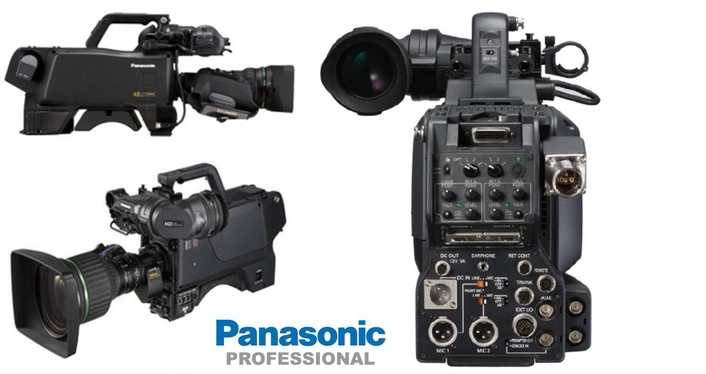