Modus FX Helps Set the Scene for The American 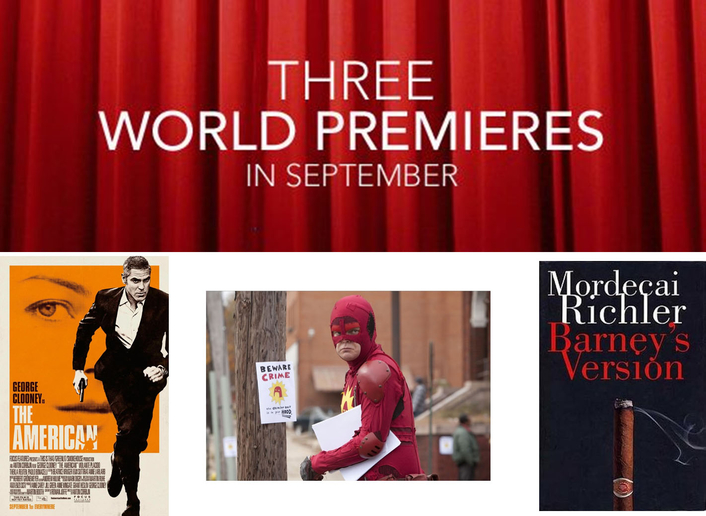 Crafting the Italian Landscape for New George Clooney Thriller
Montreal's Modus FX recently delivered all of the visual effects for Anton Corbijn’s The American. The thriller, which stars George Clooney, tells the story of a man who makes weapons for assassins trying to escape from his past. Set in Italy, where the protagonist has come for his final assignment, the film features lush landscapes and evocative small-town settings. In all, Modus completed 125 shots for the film, many of which were technically and artistically demanding.

At first glance, The American seems an unlikely candidate for high-end CG work. “When we started talking about the project, Anton felt unsure about using visual effects,” recalled VFX supervisor Louis Morin. “He is famous for using only natural light in his cinematography. He is all about shooting 100% naturally.”

Corbijn’s background as a photographer is apparent throughout the film. “I’ve never worked with such beautiful images,” said Yanick Wilisky, VP of production and VFX supervisor at Modus FX. “Every shot is stunning.”

Cinematographer Martin Ruhe’s shooting style and Corbijn’s reliance on natural light lend the images a powerful sense of immediacy. “It feels like you are there in the scene when you look at these shots,” commented Wilisky. “Imagine a summer day with the light shining through the trees and the wind rustling the leaves. That’s the feeling I get from this film. You feel like you are in Italy.”

The many long shots in The American build an atmosphere of tension, especially as they are juxtaposed with close-ups of George Clooney’s eye. The stillness and beauty of the surroundings contrast with the constant watchfulness of the main character. “Anton had very exact ideas for the images, and we were asked to tweak the focus on certain shots to make sure they were just right,” noted Wilisky

Modus on The American

Modus was originally hired to complete two key visual-effects sequences in the film. The first involved digitally restoring a church tower, which was damaged in the 2008 earthquake in Italy. The second sequence featured a CG butterfly. 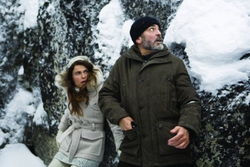 Work on the church required digitally removing elaborate wooden scaffolding and replicating the pre-earthquake state of the structure. Modus created a 3D model of the tower. That made it possible to use additional instances of the model when new establishing shots of the tower were added later during editing on the film. The photo-real CG butterfly appears in a number of shots, including several where it is expertly composited onto a fuzzy cashmere sweater.

The director and the studio were delighted with the results of the work on those two sequences and Modus began receiving new shots, which the director wanted to fine-tune in various ways.

“Soon they were coming to us every few weeks with two or three new shots, each with a different challenge for us,” said Wilisky. “It was a lot of fun!”

In one scene, two of the characters are shown leaving a building after a snowfall. “We were asked to remove the extra sets of footprints from previous takes,” explained Wilisky. “The difference was subtle and might not have been noticed by a theatre audience, but it is an example of Anton’s attention to detail. Taken all together, these little touches have a huge impact on the story.”

In another sequence, Modus removed a number of small buildings surrounding the main character’s cabin, emphasizing the inner and outer solitude of the protagonist. The emptiness is ominous, and crucial for the mood of the film.

Other shots included removing overhead electrical lines, or repositioning an open window to modify the sequence of events in another scene. In an accident scene, Modus moved a scooter closer to the car in order to heighten the intensity of the crash.

“There was one scene where it had started raining during the shoot,” recalled Wilisky. “We had to recreate the background in CG to eliminate the rain. We even had to remove individual raindrops in front of George Clooney’s character. That was one of the most challenging assignments on this project.”

“It was very exciting to work with Anton on this film,” said Wilisky. “He has such a good eye; he sees everything and his standards are very high. Every time we got final approval of a shot, we felt a real sense of accomplishment. He made us better and it was a great experience for everyone. We still talk about it here.”

Focus Features’ The American opens in North American theatres on Sept. 1, 2010. The film stars George Clooney, Thekla Reuten, Irina Björklund and Paolo Bonacelli, and is based on the book A Very Private Gentleman by Martin Booth.

Modus FX continues to consolidate its position as an industry leader for high-end visual effects. The Montreal facility boasts an international clientele who recognize the technical expertise and artistic talent of a team assembled by co-founders Marc Bourbonnais and Yanick Wilisky. With 12,000 square feet of creative space, Modus offers a unique approach to creating digital effects combining a cutting-edge production pipeline with personalized project coordination. The studio works with each director through the artistic process – from the editorial script to the final delivery of the shots, including initial concepts and onset supervision. With skilled artists and technicians from all over the globe, Modus has earned a place in the North American landscape, thanks to the scope of its services, and its ability to find solutions to the challenges posed by each and every project. For more information visit