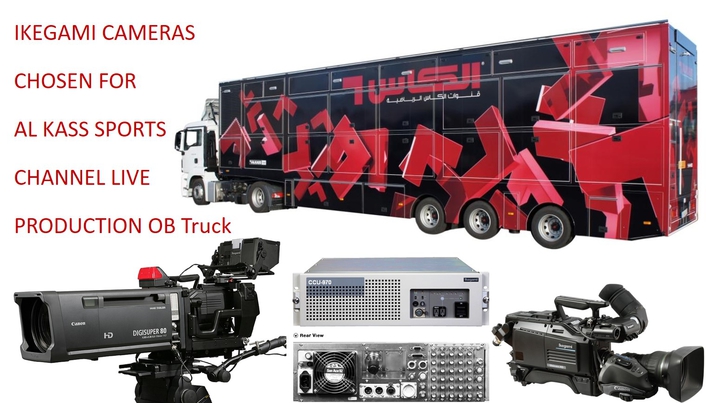 Ikegami cameras have been chosen for the OB-10 live production vehicle recently completed for sports channel Al Kass in Qatar. The vehicle is believed to be the largest ever commissioned by a Middle East broadcaster. Dimensions including tractor unit are 16.5 meters length and 4 meters height. Width is 2.5 meters expanding to 4.1, fully self-supporting. Total weight is 37 tons. It is equipped with 31 cameras for operation by a 29-strong crew. 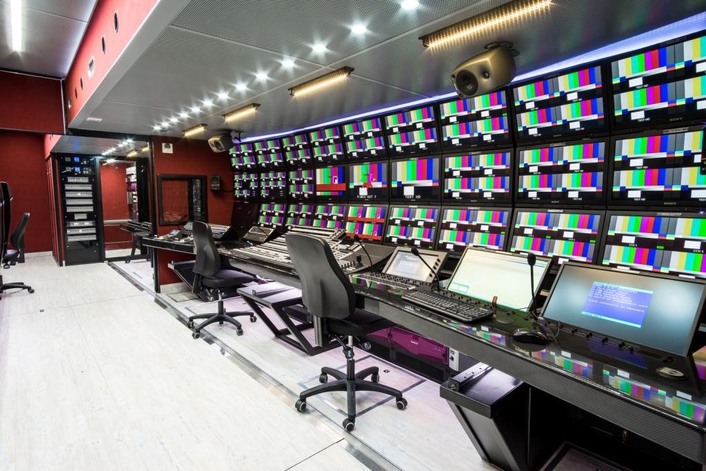 OB 10 was designed and constructed by Broadcast Solutions, one of Germany's leading broadcast system integrators. A key requirement specified by Al Kass was fast set-up time. OB-10 can be fully operational within 20 minutes of arrival at site. 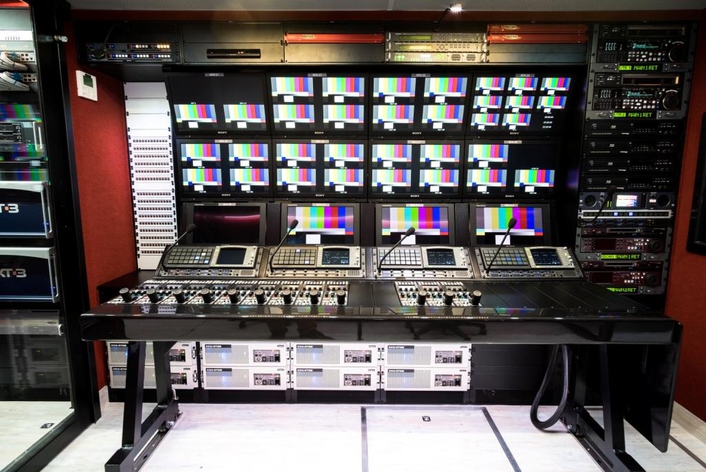 Delivering a choice of 1080/50p 4:2:2 or 1080/50i 4:4:4 colour sampling, it is designed for traditional-style multi-camera production applications. A docking-style camera, the HDK-97A also features a 3G fibre-transmission system from the camera head to its CCU. Transmission options include an HD-SDI QTV signal for prompter use and an HD-SDI trunk channel that allows connection of a second source such as a POV camera. 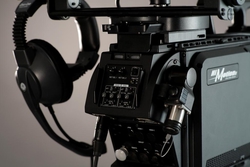 It has been used at a very wide range of events including coverage of international athletics, motor racing, equestrian and aquatic sports as well as at major-league ball games.

Features include a 1920 x 1080 pixel high-definition three-chip CMOS sensor block plus the ability to set the recording speed between normal and 10 times faster than real time.

The Hi-Motion II can be integrated easily with an EVS slow motion replay server and also provides continuous live video output. Flicker correction is included to reduce the effect of lighting flicker on ultra-high speed images. 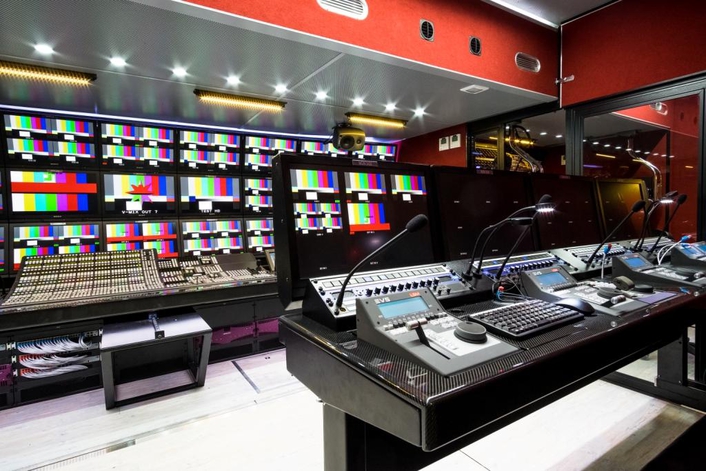 4K resolution and high dynamic range have become important issues throughout the broadcast media industry as content producers and delivery channels plan their investment strategy for the coming five to 10 years. The first in Ikegami's new-generation UNICAM XE range of cameras, the UHK-430 incorporates three newly-developed 4K-native 2/3 inch 8 megapixel CMOS sensors which provide full 3840 x 2160 ultra-high definition resolution plus the depth of field required for studio and outdoor production. The UHK-430 delivers four times more image detail than high definition and has a color depth of 10 bits per pixel instead of the current limit of 8 bits per pixel.

The UHK-430 incorporates a B4 bayonet mount compatible with 2/3 inch HD lenses. An optional SE-U430 expander accommodates large studio or OB lenses. Two piece construction allows the sensor and lens head to be detached as a compact unit for easy deployment on a support devices such as long-reach manually-controlled camera poles. In this mode, the head can be operated up to 50 metres from the camera body. 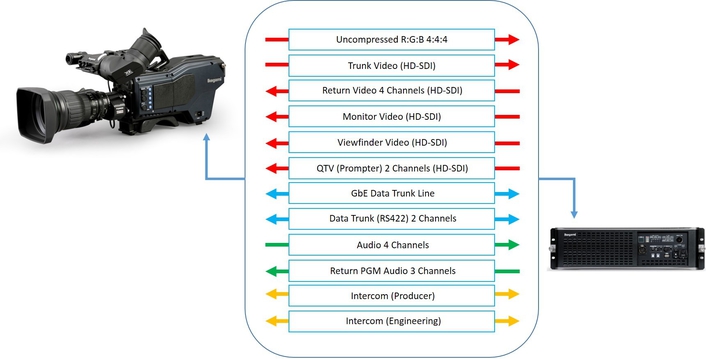 Distance getween Camera and CCU: Up to 10km on single mode fiber or 4km on SMPTE hybrid fiber cable

At the heart of the UHK-430 is a new processor, the AXII, reducing power consumption and delivering a wide range of features including 16-axis color correction and new focus-assist for 4K and HD video modes. The AXII also provides the processing for Ikegami's newly developed i-Log transfer characteristic which delivers high contrast for a wider dynamic range.

Ikegami viewfinders available for the UHK-430 include the 7.4-inch OLED VFE741D, the 7-inch full HD resolution LCD VFL701D LCD and the 2-inch portable LCD VFL201D. All three include a serial digital interface for integrated camera and viewfinder menu control.

Dual HD outputs are provided for teleprompt and talent monitor plus return video lines from studio to viewfinder. The UHK-430 also has a Gigabit Ethernet data port to allow networked control.