High Definition Post-Production at the ORF 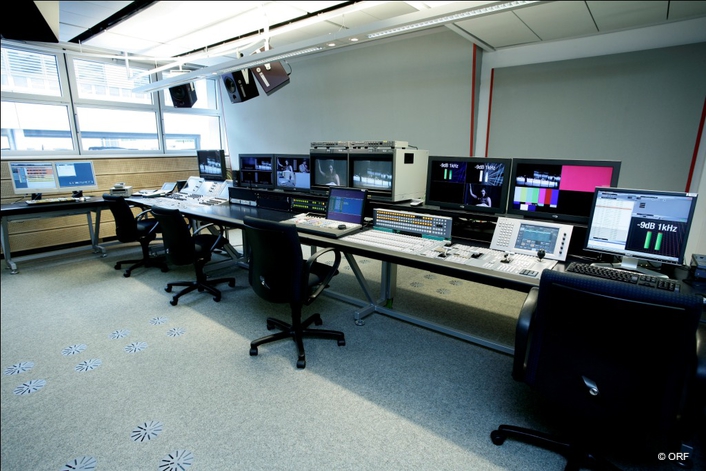 ORF HD Linear Post Production
Since years the ORF is famous for its live broadcasts of classical concerts, operas and operettas from various worldwide known open-air stages (Salzburg, Bregenz, Mörbisch) or concert halls (Salzburg, Vienna). Due to the popularity of these events througout Europe, the demand for DVDs and in the future also for high definition Blu-Rays and HD DVDs is obvious. Because of the cooperation of the ORF with DVD production companies an intensive post-production work has to be carried out before the DVD is released. This was one of the reasons why the ORF has decided to buid a High Definition linear edit suite in its facilities in Vienna. 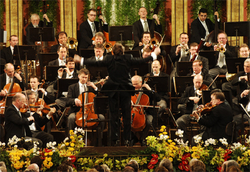 But before we present the HD Edit Suite to you let’s have short look to one of the most popular TV events on each New Year’s day: The New Year Concert from Vienna, which will be post-produced in the new HD linear edit suite from 2008 onwards. The New Year Concert of the Vienna Philharmonic Orchestra (in German: Das Neujahrskonzert der Wiener Philharmoniker) is a concert of classical music that takes place each year in the morning of January 1 in Vienna, Austria. It is broadcast around the world to an estimated audience of one billion in 44 countries. The music always includes pieces from the Strauss family (Johann Strauss I, Johann Strauss II, Josef Strauss and Eduard Strauss), with occasional additional pieces from other mostly Austrian composers including Joseph Hellmesberger, Jr., Josef Lanner, Wolfgang Amadeus Mozart, Carl Otto Nicolai, Emil von Rezniček , Franz Schubert, Franz von Suppé, and Karl Michael Ziehrer. There are usually about a dozen pieces played, with a longer pause at the half. Usually the compositions include waltzes, polkas, mazurkas and marches. The complete duration of the event, including pauses, is around two and a half hours. These concerts have been held in the Grosser Saal (Large Hall) of the Wiener Musikverein since 1939. The flowers that decorate the concert hall are a gift each year from the city of Sanremo, Liguria, Italy. The orchestra is joined by pairs of ballet dancers in one piece during the second part of the programme. The dancers come from the Vienna State Opera Ballet and dance at the Schönbrunn Palace. 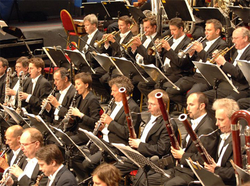 The concert always ends with three encores after the main programme. The first encore is a fast polka. The second encore is Johann Strauss II's Blue Danube Waltz, whose introduction is interrupted by applause of recognition from the audience. The musicians then collectively wish the audience a happy new year, play The Blue Danube and close with Johann Strauss Sr.'s Radetzky March. During this last festive piece, the audience participates with the traditional clap-along, and the conductor turns to the audience in time to conduct them instead of the orchestra. The concert is popular throughout Europe, and more recently around the world. The demand for tickets is so high that people have to preregister one year in advance in order to participate in the drawing of tickets for the following year. Indeed, many seats are reserved by some Austrian families and passed down from generation to generation. The event is broadcast by the Eurovision Network which includes most major networks around Europe. It is also broadcast on PBS in the United States (beginning in 1985), NHK in Japan, SBS in Australia etc. Since 2006, the concert has been broadcast to viewers in several African countries (Botswana, Lesotho, Malawi, Mozambique, Namibia, Swaziland, Zambia and Zimbabwe) and those in Latin America (Ecuador and Bolivia). 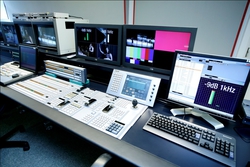 The brand new linear HD edit suite at the ORF includes Dolby 5.1 surroundsound production. A generous designed working enviornment includes also a sitting area for customers who like to be present during the production. The edit desk is able to cope with HD as well as wih SD material – IMX, DigiBeta and HDCAM are supported. A Sony BE-9100P editor is controling nine VTRs. Five HDW-M2000P, three MSW-M2000P, one DVW-500P and two GVG K2 servers are available. The vision switcher MVS-8000 from Sony creates the requested effects, fades and keys. All available sources e.g. VTRs, the VizRT character generator, DVD-recorders, format converters, etc. are all connectet to a 64x64 Quarz-Xenon router. Also the monitoring – consisting of 3x Sony BVM-A20F1M and 4x Vutrix Splitscreens – are configured via the router. For the audio post-production a Lawo mc² audio console and a Nuendo audio workstation is installed.Via GPI and Midi the Lawo audio console can be controlled from the BE-9100P. For optimised 5.1 surround sound a sound system from Trinnov is used. The system installation was carried out by Gelantec (system integrator), Lawo and Sony. The ORF project team was headed by Ing. Roman Meszmer. 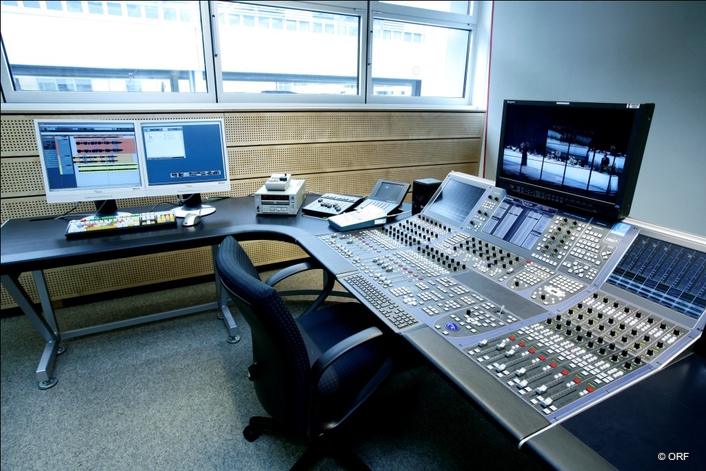