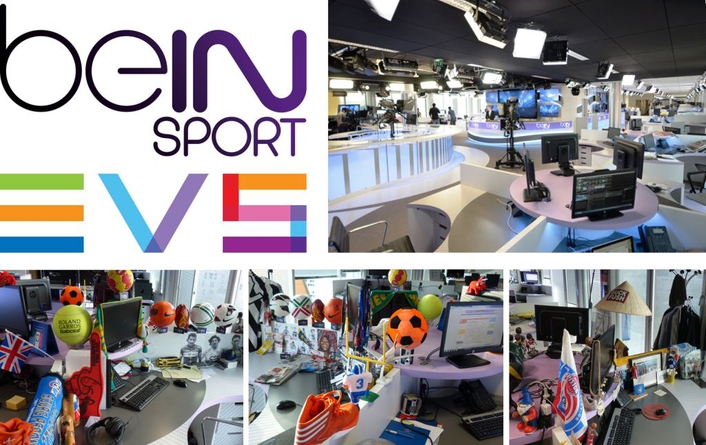 .
The sports broadcast scene in Europe is hotting up, and new entrants acquire rights and launch new channels in the competition for viewers with this lucrative genre. In France, beIN SPORT launched last year, and BT Sport has launched in the UK this year. To set up the broadcast operation, Al Jazeera turned to Unitecnic, a broadcast engineering and systems integrator based in Barcelona, with offices in Madrid, Lisbon, Miami, Buenos Aires and Dubai. Unitecnic is a business unit of MediaPro, part of WPP’s Imagina Group.

Customer profile
Based in Qatar, independent broadcaster Al Jazeera, has grown into an award-winning network with more than 70 bureaus spanning six continents. The network is accessible in several world regions and is increasingly recognised as a leader in global current affairs and for its wide-ranging programming, including sports.

Al Jazeera acquired the rights in France to UEFA EURO 2012 and EURO 2016, along with rights to France’s top-tier Ligue 1, the UEFA Champions League, premier leagues in Germany, Italy and Spain, and other high-profile and popular European sports teams and events – including the London 2012 Olympics.

Having recently secured the rights to the NBA, Al Jazeera set out to create the most prestigious sports channels in France. Available via fibre, cable and satellite, the three new HD channels - beIN SPORT 1, beIN SPORT 2 and beIN SPORT MAX - launched in summer 2012 and immediately began broadcasting top live sports as well as magazine-style shows and in-depth sports news programming. beIN SPORT has already surpassed the one million subscribers milestone since launching.

The project’s challenges
This project’s primary challenge was also its greatest reward. The opportunity to create an end-to-end digital workflow from the ground up meant building the infrastructure - a large empty space was all that existed - and integrating all hardware and software in just three months. This was an extraordinary challenge given the complexity of designing the workflow and installing all the technology. 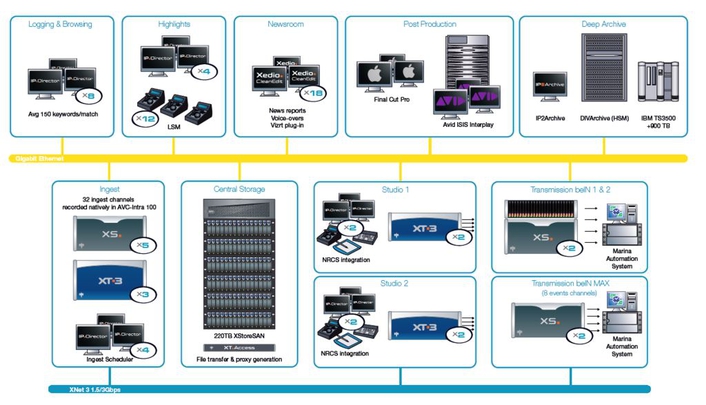 Unitecnic, a broadcast engineering company part of the MediaPro group, was the systems integrator for the project, providing all the technical services. Their perspective on the project’s challenges and EVS was first-hand. ‘From our work on the GOL television project in Barcelona and Belgacom TV in Belgium, we knew that EVS had the technology and the know-how to deploy the kind of highly efficient, state-of-the-art workflow we wanted for the new channels,’ said Jordi Pañella, general manager at Unitecnic.

Together with EVS they had a crystal clear view of what was required to create a seamless, file-based workflow - including building the infrastructure and dedicating the resources to implement the entire process on time so it was ready to air by the exacting 90-day deadline.

New channels, new workflow
To broadcast some of Europe’s most high-profile sports and other sports-related programming, the channels required a solution that would deliver the utmost speed, quality and reliability, as well as the tools to implement ambitious programming plans and scale for future growth. This meant providing a completely managed end-to-end workflow that covered all aspects of the broadcast production chain — from ingest, central storage and playout to wide-ranging software applications for logging, on-the-fly editing, advanced browsing, deep archive and content management.

With a history of providing end-to-end workflows for leading global sports and news organisations, EVS had the expertise and the product portfolio to deliver a fully integrated workflow with intuitive and sophisticated tools, as well as a high degree of integration with a broad range of third-party systems - a deployment requirement. These included Avid ISIS and iNews, Apple Final Cut Pro, Vizrt’s Viz Trio, MediaGeniX’s WHAT’S On, Marina automation from Pebble Beach Systems and DIVArchive from Front Porch Digital.

The installation included two studios, each with an associated control room, and a news studio with control room. The sports newsroom, with space for 65 journalists, is integrated into the news studio set. Two master control rooms provide playout of SPORT 1 and 2. Production facilities include 10 craft edit bays, one audio editing room and 12 voiceover booths. Highlights packaging and logging have separate rooms.

The system is built to support 3Gb/s throughout, so to avoid losses in cable runs there are no patch bays in the system. All routing is though a dual-redundant Miranda NVision 8576 router equipped with 504 coax and 72 fiber inputs, 612 coax and 72 fiber outputs. A second router provides facilities for the playout area. Data routing uses two Cisco Catalysts with Cat 7 wiring and support up to 10Gb/s.

Ingest and storage
Content is recorded natively in AVC-Intra 100 on five XS servers and three XT3 servers, with the servers configured to record up to 32 feeds simultaneously. Four IPDirector workstations for content and production management are each equipped with the Ingest Scheduler application for controlling the recording process. WHAT’S On, the traffic system from MediaGeniX, assigns a unique ID to all ingested media that is used throughout the entire production workflow, from EVS’ Ingest Scheduler to the Marina automation system. 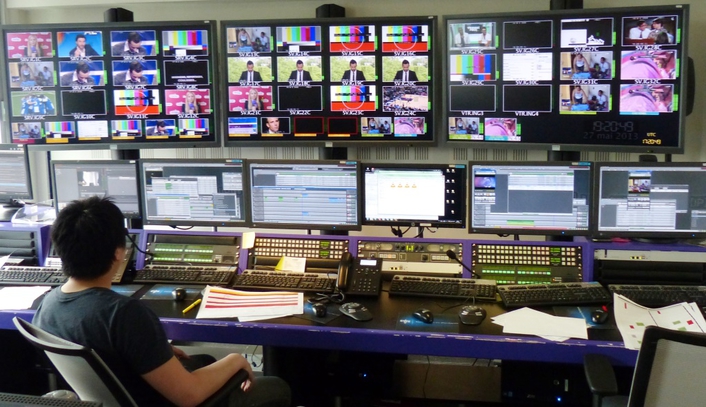 The feeds are streamed to a 220 TB XStoreSAN, which is used as a central storage platform. As a result, all files are immediately available in high and low resolution allowing all users to access media on the central storage for editing and playout. Content stored in the XStoreSAN can be browsed with the IPDirector and pushed to post-production or the XS servers for playout with a simple drag and drop.

During live productions the eight-channel XT3 servers record up to 12 live clean feeds and are controlled by LSM remote control panels, which are used for clipping and highlights creation as well as delays. Concurrently, eight IPDirector workstations are dedicated to logging live action. The stations are also used to swiftly browse all of the incoming material. 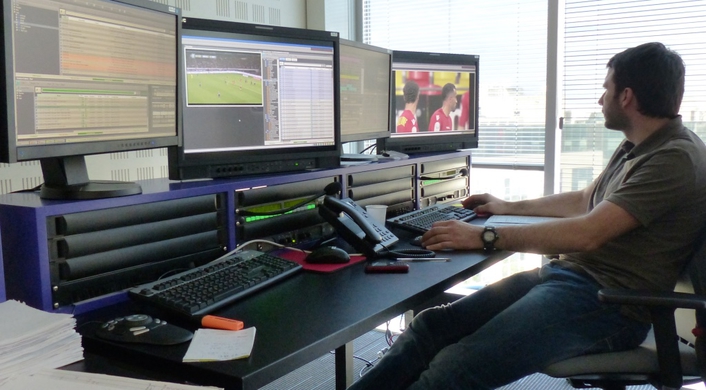 Logging
Loggers use IPDirector to assign descriptive metadata to all significant events and actions. Using a predefined keyword grid or dictionary, loggers are able to assign the right keywords to incoming feeds for a very simple and intuitive way to ensure easy identification. For instance, over 200 keywords are assigned during a football match. These metadata are stored in a central database system where operators, editors or journalists looking to create highlight packages at a later stage can search for them to retrieve files quickly and easily, whether they sit in the central or archive storage facility. 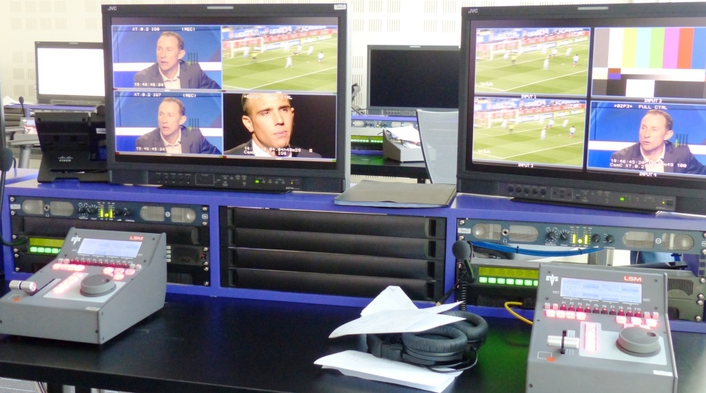 Editing
All file-based content is instantly available for editing. Journalists in the newsroom use Xedio CleanEdit to prepare highlight packages, news reports, and add voice-over recordings. EVS’ non-linear editing tool supports multiple formats and resolutions on the same timeline, allowing users to make rough-cut edits in low resolution directly on the XStoreSAN. A Vizrt plug-in helps journalists to shape content quickly by adding graphics, and final edits (EDL) are easily pushed to post-production for advanced editing or to the galleries for playout.

Craft editors working on promotional campaigns with Apple Final Cut Pro use EVS’ IPLink to search for content stored on the XStoreSAN and edit the content directly from the central storage. The edit suites are also equipped with an EVS export plug-in, allowing the editors to export completed packages to the central storage. 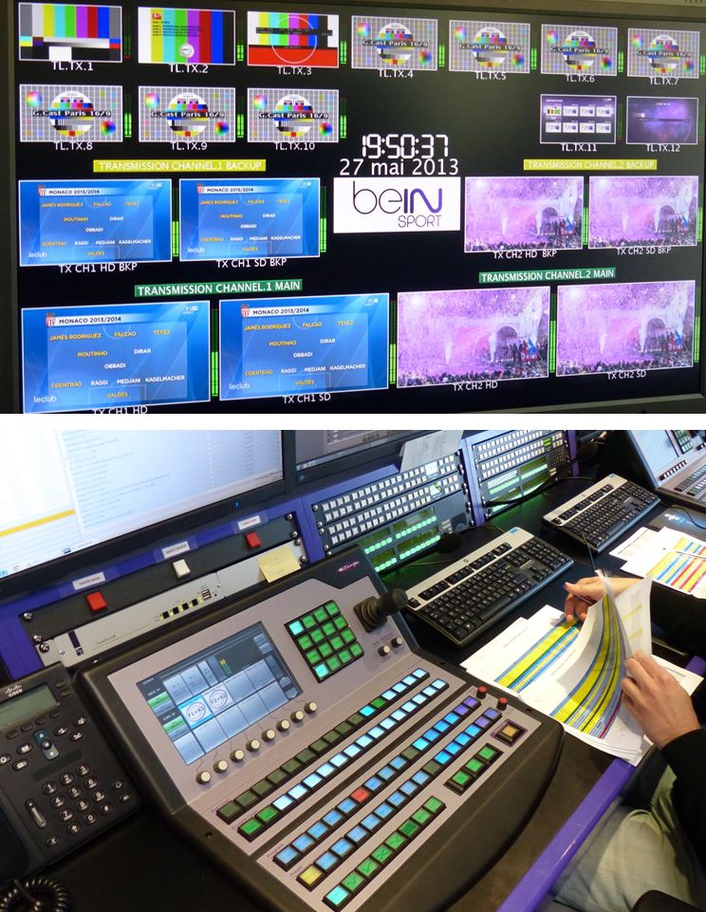 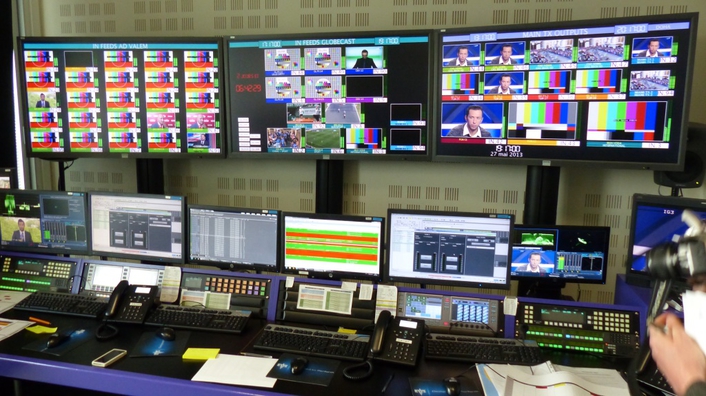 Two studio galleries are used for the magazine shows and sports news programming. Each studio is equipped with two XT3 servers and IPDirector software. Through MOS protocol support and an Active X plug-in, the IPDirector suite integrates seamlessly with Avid’s iNews Newsroom Computer System (NRCS). As a result, content and associated metadata stored on the XStoreSAN can be accessed and added to the rundown list. In addition, any running order managed from the iNews client interface is automatically kept up to date on the IPDirector. 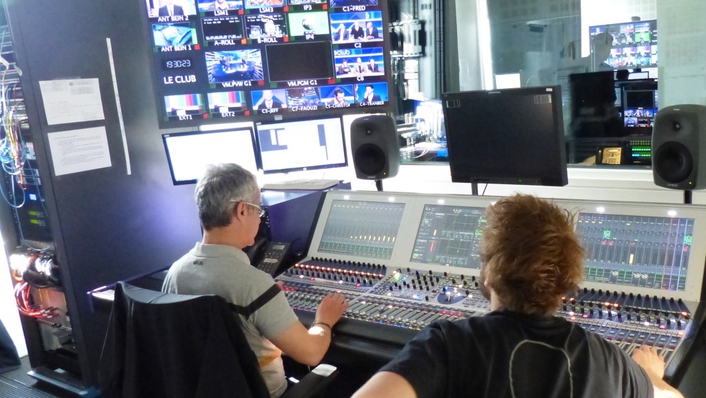 Archive
For deep archive, operators store media files on LTO tapes and subsequently restore the files when they are needed on the central storage using IP2Archive. The new EVS digital archive management solution integrates with DIVArchive, the hierarchical storage management (HSM) system from Front Porch Digital, and an IBM TS3500 automated tape library. In total, beIN SPORT has the capacity to archive 20,000 hours of content in hi-res; more than 900TB. 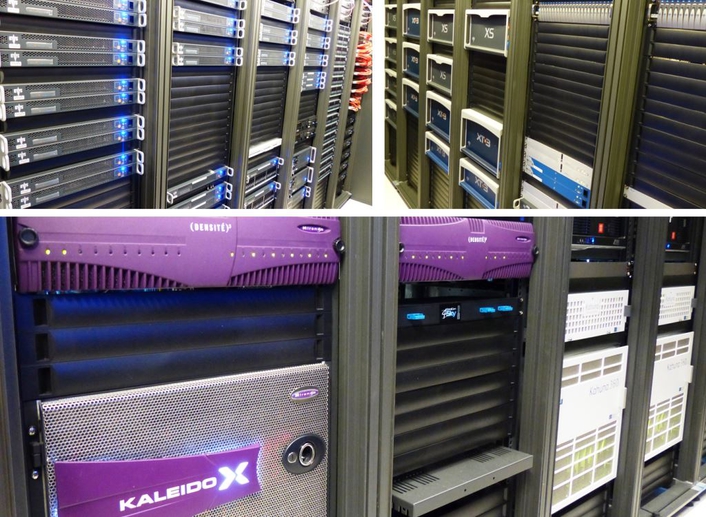 The results
The strict three-month timeline was met and beIN SPORT 1 launched as scheduled, with beIN SPORT 2 and beIN SPORT MAX debuting shortly after. The workflow provided the tools and the capabilities to deliver the kind of channels Al Jazeera wanted to make an immediate and dramatic impact on the European sports programming landscape.

As Israel Esteban, CTO at beIN SPORT explains: ‘We’re providing the premier sports channels in France and needed an extremely high-quality file-based workflow solution. With EVS, we got just that: a fully integrated workflow with robust, intuitive and sophisticated tools, as well as a high degree of integration with third-party systems. In short, critical capabilities to meet our exacting goals.’