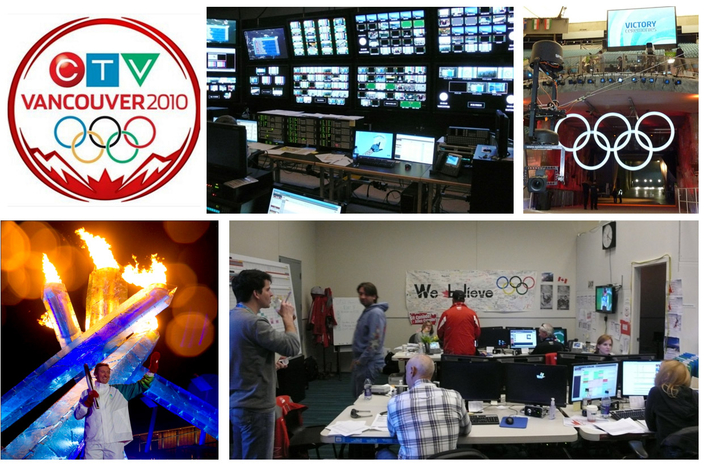 A major part of the production success was the combination of technology put in place by the in-house engineering team. The kinds of systems used in past Olympics were fine for a couple of hundred hours of broadcasting but we had to develop systems that could handle thousands of hours. To achieve this we had to make sure every frame of video was recorded. And not only that, but recorded along with the information that made it possible to find it again.

When CTV and its partners decided to pursue the bid for the Vancouver games our bid included a commitment to broadcast every moment of competition live. The bid was successful. The CTV Engineering team embed staff with other broadcasters at both Torino and Beijing. Watching these broadcasters at work underscored how important media management was going to be in Vancouver. They were managing hundreds of disks or tapes. There were some logging systems that allowed them to find and retrieve material. But to manage 4800 hours of broadcasting, either a very large number of staff and a great deal of equipment would be needed or we needed to come up with a simple solution. We decided to have all material on-line, accessible to all users. To achieve that we needed to impose single broadcast format from ingest through edit to control room play out. 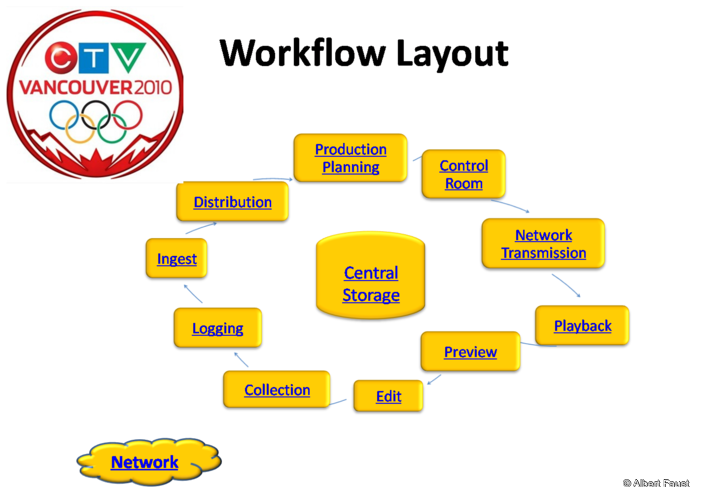 We ingested everything into our system. All material CTV shot at fourteen venues plus all live feeds provided by the host broadcast, not just every event but every camera angle at every event was recorded. 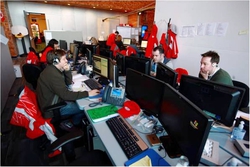 Watching these feeds come in was a team of up to 27 simultaneous loggers. Using predetermined templates and shortcut keys, they added the metadata to the video at the moment it was ingested.

From this point on all this raw edit material would be managed by a single Media Asset / Information Management System. This system could be accessed by assignment editors at the desk, to editor and producers in the suites and to production staff in the control rooms. No matter which production platform you were working on you could seen everything in the system with a representative proxy, all from a web browser.

1.500 hours of storage on Harris Nexio

The file formats chosen were SONY XDCAM HD 50 for broadcast and H.264 for a proxy format. Supporting 7 control rooms and 6 studios was a Harris NEXIO environment with 32 ingests, 13 edit suites, and 20 play out channels. 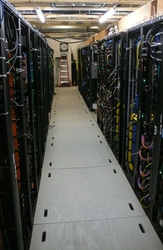 There were 1500 hours of storage on the Harris system and 3500 hours of near line Isilon storage. The Isilon storage served as a proxy repository and provided a conduit to a CTV developed AVID integration. To supplement the 13 Harris Velocity edit stations there were 9 Avid suites their integration was fully file based receiving XDCAM files from the Nexio and returning completed edits to the Harris / Isilon for playback.

A common tool used by everyone, editorial, operations and production

Managing this entire layer was a CTV Developed infrastructure commonly referred to as “THE APP”. 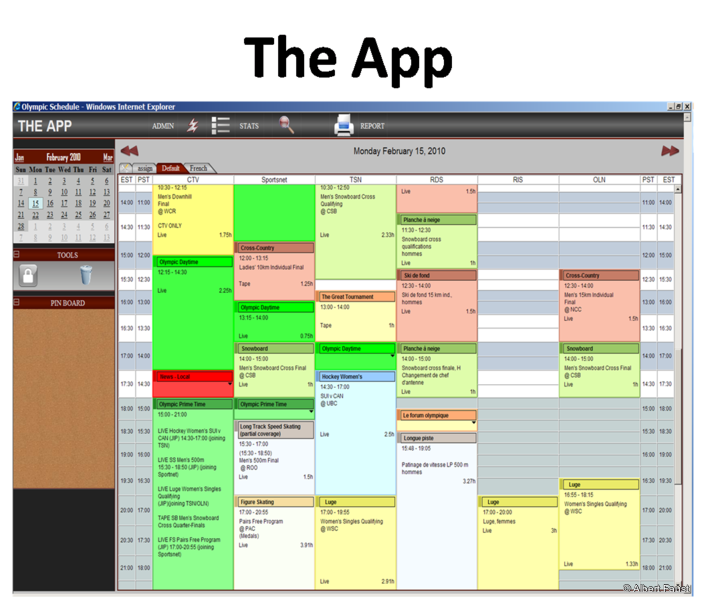 This was the common tool used by everyone, editorial, operations and production at the Olympics. It handled everything, including the broadcast schedule, the assignment process, show rundowns and control room play out. Within “The App” the process started with establishing the program schedule for each of the individual channels involved with the games. 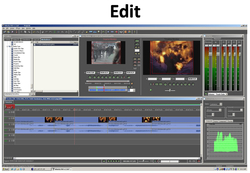 Then individual show producers broke it down to the show components, commercial breaks, promotion spots and competition schedules. Each producer was then able to work with the sport and news assignment teams to enter items for pre-games production or have games time story assignments placed into the line-up. As media items were entered in the line-up a place holder was created in the Harris system.

Even before the editing process began, raw clips could be added at the desktop to this place holder. In the edit suite, the editor loaded this placeholder, and all preselected clips would automatically be put on timeline. At the conclusion of the edit process a media item was published, a proxy was generated, the broadcast item would be readied for control room playback and line-up would be updated to reflect item status.

This method allowed the show producer to very quickly see if media items were ready and even preview them at the desktop.

Network Service between the IBC and Toronto

CTV determined the most flexibly and cost effective way to share this overwhelming amount of content was to build redundant TCP/IP network infrastructure accommodating all video, telephony and data needs. This network was a single topology that encompassed the IBC, all venues and main CTV distribution facility in Toronto. This infrastructure meant anyone on the network could access all available content. 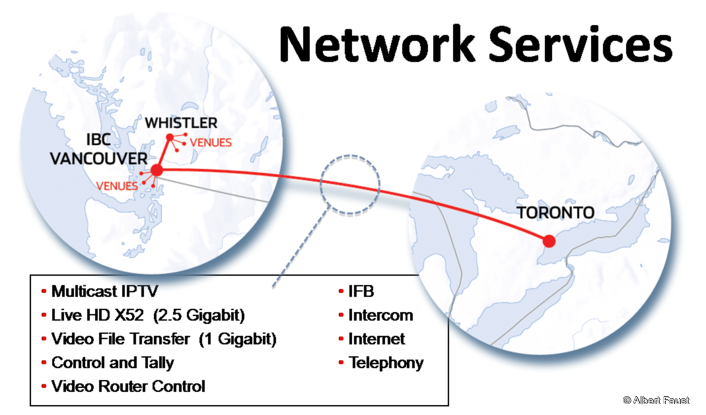 In addition to desktop file access, at over one thousand workstations, the network accommodated, fifty-three High Definition video signals running between the IBC and Toronto, one hundred and forty lower bandwidth IPTV live video streams that could be viewed at desktop or Set-top-box, camera and tally control, intercom, IFB , 770 phones and traditional Information Technology services.

If these services were taken individually we would have had to manage hundred of lines and many separate networks. Instead our resources focused on supporting a unified, fully redundant network. In addition to streamlining our support and management resources, there was another major cost benefit to this approach. Working with the Host Broadcaster we were able to bundle our requirements instead of ordering individual services. For example at the Main Hockey venue we needed 16 video lines, a gigabit data service, 40 phones and other ancillary services. Instead we were able to bundle all service requirements on 3 individual fibres. This bundling represented a significant cost savings.

In additional to benefits of having all services available at the desktop at the games this approach offered two additional forms of flexibility. First it seamlessly integrated with CTV’s existing network at every local station across the country and news bureau around the world. This meant hometown reaction from anywhere was not a problem.

Within minutes we were able to bring feeds into the IBC 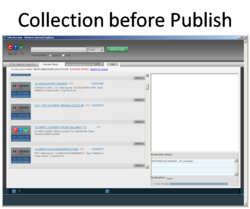 Secondly when producers changed their minds or added requirements based on developing events, we could deliver. For example, after Canada’s goal medal hockey win, spontaneous street celebrations broke out in communities across the country. These were completely unexpected and unplanned for, yet in minutes using national network we were able to bring feeds into the IBC. 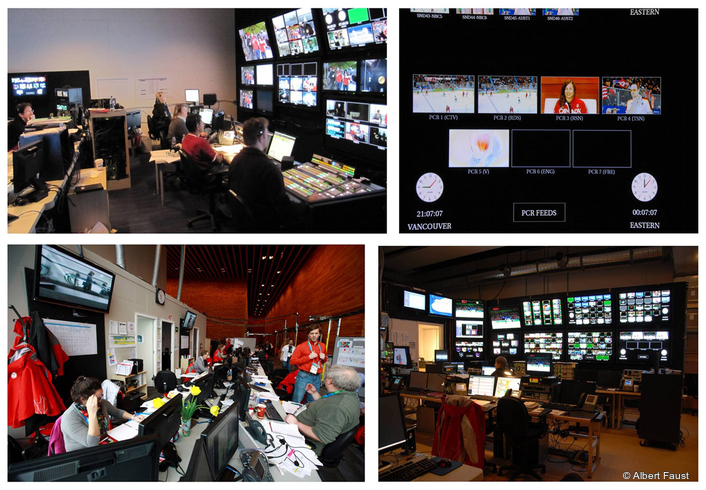