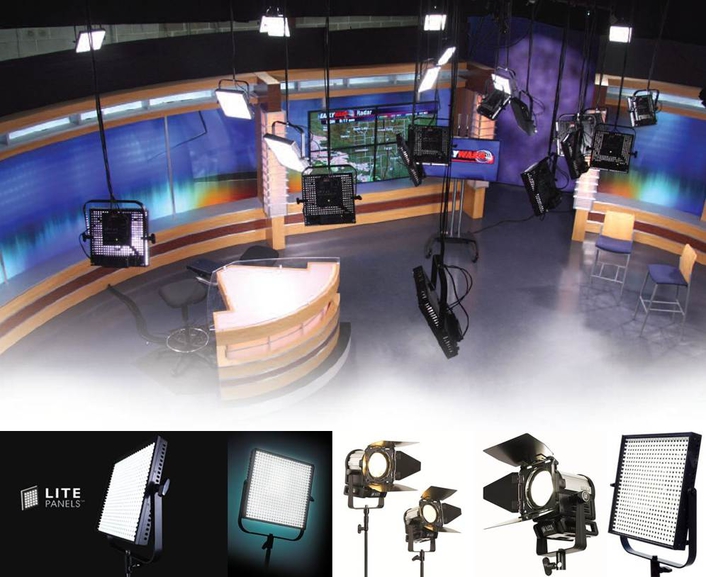 .
Studio lighting has recently been placed under the environmental spotlight as the industry becomes increasingly conscious of its carbon footprint. Many broadcasters still working with legacy studio lighting find that, not only does it cost them more financially, but it also poses a bigger risk to the environment due to the substantially higher levels of energy consumption required. 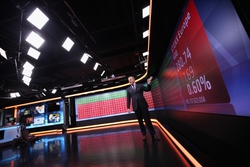 Older lights draw and consume tremendous amounts of electrical power and create significant amounts of heat that has to be removed by air conditioning. This is obviously both energy-sapping and expensive and further increases the broadcasters’ operating costs. Coupled with the expense of regular maintenance and replacement bulbs, many broadcasters face the same dilemma - do the performance pros of the traditional lights outweigh the financial and environmental cost cons?

One of the greatest advantages of LED as a technology platform for lighting is its meager power consumption, which is often 80-90% less than traditional tungsten fixtures. If we take one of our most popular fixtures as an example, the Litepanels 1x1 fixture draws less current than a conventional 60 watt bulb. In fact it can measure as little as 45 watts of power consumption at full output, depending on the source voltage. This is less than a quarter of its Fluorescent counterpart and a tenth of Tungsten. 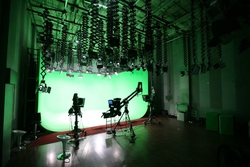 Environmental calculations show that tungsten-based lighting in a single newscast studio can dump a staggering 200,000+ lbs. of CO2 into the atmosphere annually. Also, as many broadcasters have discovered, LED lights generate virtually no heat so the requirement for air conditioning in a studio environment is dramatically reduced, helping to provide further energy and cost savings.  The lack of heat makes the lights incredibly easy to position and handle, allowing camera crews to work more quickly and efficiently, again saving time and money.

Other environmental advantages of LED lights, compared to traditional bulb-based technologies, include a longer life of tens of thousands of hours, which equates to a minimum ten year life span. In sharp contrast, tungsten bulbs have a short lamp life of around 200 hours. LEDs are also completely recyclable and contain none of the heavy or toxic metals found in other fluorescent and HMI lighting products, making them much more environmentally friendly.  This long life comes from proper management of thermal dynamics, as well as a proper constant current control, which can result in more than a decade’s worth of normal studio use. 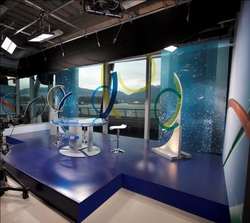 Practical LED has been around since the early 1960s and is by no means a new technology. It immediately caught the eye of industry professionals purely because it is so energy efficient, but its major shortcoming was its inability to project light over larger distances. In the early days, there were question marks around the stability of colour temperature in LEDs, however the higher quality brands have always produced fixtures that offer very stable and consistent colour temperature. Today’s Litepanels products have been designed to properly manage the LEDs and offer higher output over a greater distance without negatively affecting their lifespan.

Although the long life of LEDs is attractive, broadcasters are primarily concerned with both the quality and consistency of light. When lighting directors are deciding what products to use, they are driven by the need to create attractive images, and so LEDs need to produce a light that is both practical yet flattering. Litepanels uses its unique patented light-emitting diode technology to produce the higher quality of light that is vital for the modern high sensitivity cameras and camera chips. 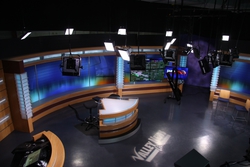 In addition, new Litepanels LED Fresnel lights have been introduced to provide a more traditional light source than their flat panel LED lights. The biggest advantage of LED Fresnel lights is their versatility. The ability to cut, shape and focus the light like a traditional Fresnel is the “Holy Grail” for Lighting Designers and Directors of Photography. Now these LED Fresnels can be used as key lights in a studio environment, such as a primary light source for a TV anchor, rather than as fill lights.

In terms of future industry trends, the technology is still developing and the market will soon see larger LED Fresnel fixtures that can replace the much bigger fixtures found in some studios and on movie sets. There is definitely an appetite in the marketplace for fixtures that can combine the great energy savings and efficiencies that come with LED lighting with the ability to produce greater amounts of light that can be projected over longer distances.

Scores of television stations worldwide have already replaced their old lighting fixtures with high quality LEDs from Litepanels. Not only have they seen operational savings and improvements in profitability, but they have also significantly cut their carbon footprint and enjoyed an above average return on investment period of less than three years. On every level, high-quality LED lights make a great deal of sense in this turbulent financial climate. They provide an eco‐friendly lighting option which minimises damage to the environment and drastically cuts the energy bills for studios of all sizes. And, our products are the only ones on a stage that will actually continue to generate income through savings even after the investment. Try that with a camera.

Lots of light despite lit...es at France Télévision
Litepanels for New US Drama Series
Sky Italia Lights Vancouv...Studios with Litepanels®