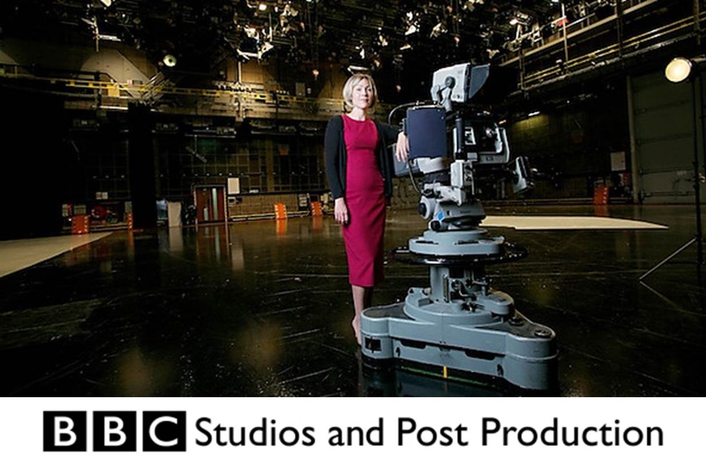 Anna Mallet at Elstree
BBC S&PP is a BBC-owned commercial company, providing facilities to make programmes and manage media. Very simply we operate studios - 'the boxes' - where TV programmes are made. We carry out post production, making sure the content 'comes together' in the right way. Our Digital Media Services also do quality checking and prepare and deliver content for transmission or distribution. Very often programmes have another life after broadcast and they also take material from deep in a broadcaster's archive and help re-purpose it for a future digital life. In short, BBC S&PP is involved in nearly all of the TV production process - following the entire lifecycle of the media asset, from creation to archive.

Working with independent media companies and other broadcasters
As well as providing studios and post production for some of the BBC’s flagship shows such as Strictly Come Dancing, EastEnders and Children in Need, we also work with a range of independent production companies making programmes for other broadcasters – for example CPL Production’s A League of Their Own for Sky and ITV’s Your Face Sounds Familiar - and with content owners – like Imperial War Museums, helping them preserve and maximise the value of their material. 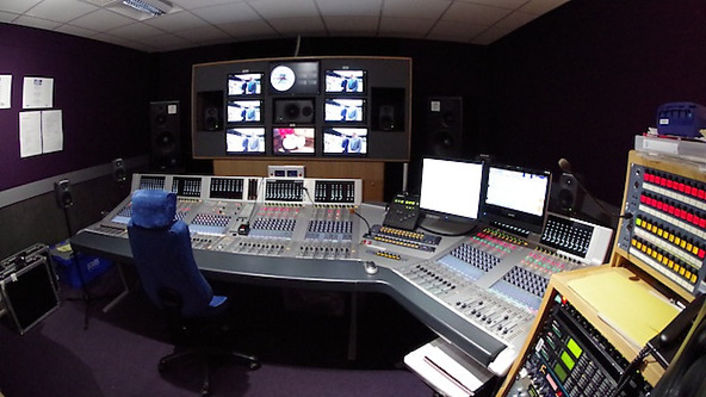 A mixing desk at Elstree

We're based at BBC Elstree, where we help make EastEnders and have our Elstree Studio D (larger than Studio 1 at Television Centre), and at Elstree Film & TV Studios, where we've worked hand in hand with Hertsmere Council, who own the business, to transform the site. We’re also in Bristol at The Bottle Yard Studios, where we help Endemol make Deal or No Deal for Channel 4 and our Digital Media Services team are in South Ruislip in West London. This blog focuses on what we’ve been up to at Elstree. 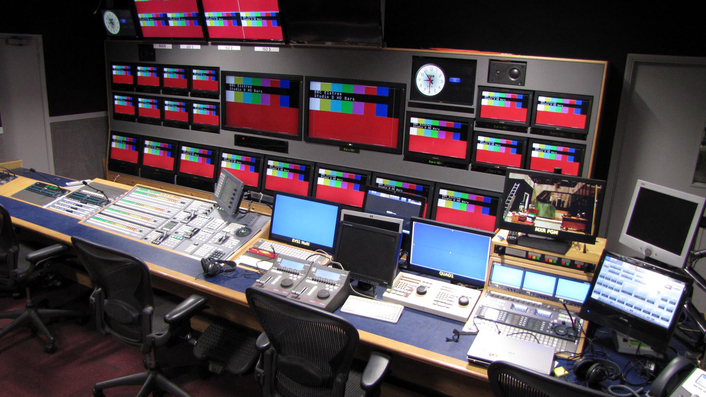 Working hard to make something brilliant
At Elstree, there's a real sense that we're at the heart of making television: there is an air of glamour about the place with EastEnders recording 50 weeks of the year, plus a constant stream of other shows in production. [At the time of penning this post, CBBC's Friday Download is shooting its Christmas special in the same studio episodes of That Puppet Game Show was recorded, Pointless (pictured above) is in Stage 8, House of Fools is in Stage 9 (pictured below) and Strictly is in the George Lucas Stage]. 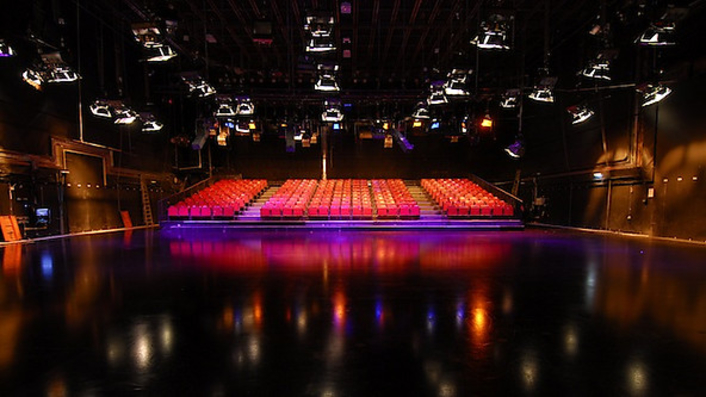 In November when the live Children in Need show came from BBC Elstree the whole site came alive: there was a huge buzz, lots of creativity, lots of celebrities, lots of concerts, lots of humour and lots of teams working together to really pull the whole thing off. For me, that is the reality of television: lots of people coming together and working hard to make something brilliant.

Migrating to Elstree and transforming the site
Even though we were of course sad to leave Television Centre back in March (we've already started planning our return to the site in 2015), what BBC Studios and Post Production has achieved on the Elstree site is impressive. Working closely with Hertsmere council, we've turned two medium size stages into professional TV studios with laser-levelled floors and purpose built galleries, we've installed production galleries alongside the supersize George Lucas Stages and refurbished all the dressing rooms, green rooms, make up and wardrobe areas. We've really made it work for creating television here, bringing big shows previously produced at Television Centre and transferring them to an entirely different site and in many cases, improving facilities for production teams. And what's inspiring for me is that every day of every week I see this site come more alive and be more energised because we're here doing what we do. 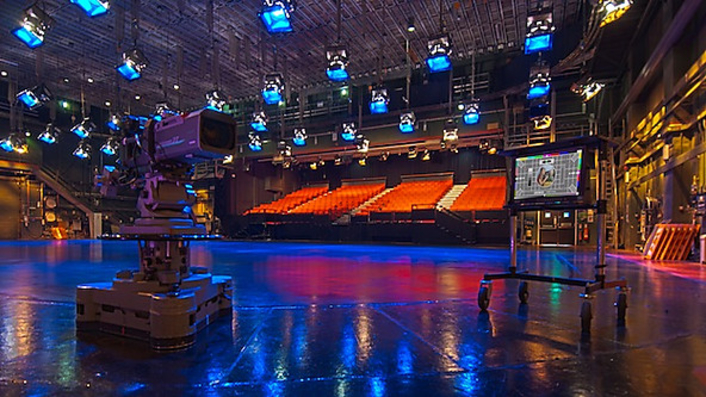 Over the next few weeks, you'll be able to read in more detail about what we've done at Elstree and how we're preparing for our return to Television Centre from Technical Development Manager Danny Popkin. But in this post I wanted to introduce how we've made the move to Elstree work.

The project for 'migrating' to Elstree started a year ago. Moving a business that had been in Television Centre for 30 years was a massive undertaking and it wasn't until quite late on that we knew the details of when and how we were going to move. The move happened while we were still operating TVC studios and doing big shows like Strictly, Later with Jools Holland and Goodbye Television Centre right up to the last minute. The organisation was also going through a restructure (necessitated by leaving TVC) so there was a lot going on.

The project for 'migrating' to Elstree started a year ago. Moving a business that had been in Television Centre for 30 years was a massive undertaking and it wasn't until quite late on that we knew the details of when and how we were going to move. The move happened while we were still operating TVC studios and doing big shows like Strictly, Later with Jools Holland and Goodbye Television Centre right up to the last minute. The organisation was also going through a restructure (necessitated by leaving TVC) so there was a lot going on. 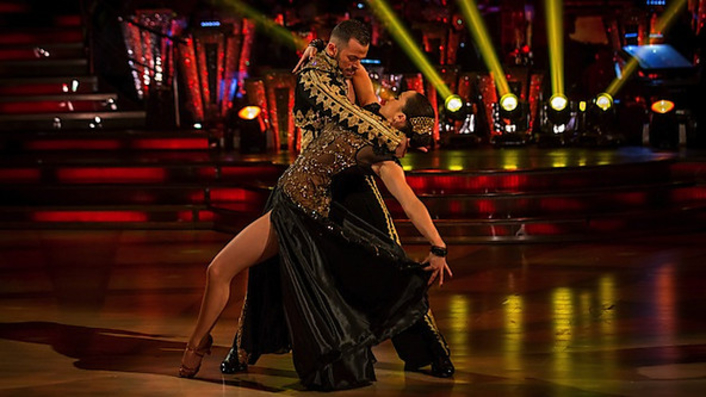 Making Strictly in Elstree
From day one of the migration planning phase we were thinking about Strictly Come Dancing. It's one of those productions we've had the privilege to work on for many years. It galvanises everyone within BBC S&PP. So front of mind was the need to really deliver for the Strictly production. Strictly is not a programme where you want there to be any risks taken at all. As well as making the stage look wonderful for the cameras, we also had to consider all the backstage facilities and the technical provision for production teams. There's been a huge amount of planning which has gone into that to make sure that all of those elements are in place. We spent some time with members of the Strictly production team in the last few weeks of the 2013 run. You can see what Executive Producer Louise Rainbow and Lighting Director Mark Kenyon made of their Elstree experience in the video below. 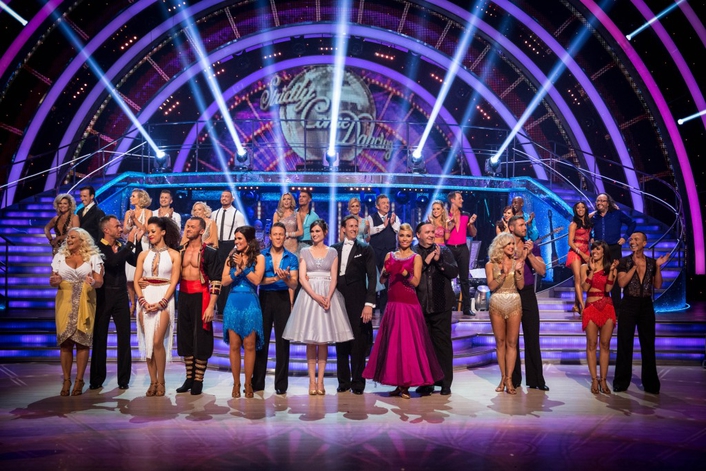 Many of these considerations are the kind of thing TV audiences wouldn't necessarily see or think about when they watch the programme, like the state of the dressing rooms or creating TV galleries for what is now the largest studio in Europe with permanent TV galleries. But they are crucial to a well-run show and a quality end product. We were constantly thinking, 'how can we make this sing' in terms of production facilities? Being at Elstree Film & TV Studios gave us an opportunity to think about how we could offer the very best facilities and when Strictly is on there's a palpable sense of vibrancy and an energy there now. I really do think that since we've been here we've brought something to the site working very collaboratively with the other organisations based here.

Returning to Television Centre in 2015
Beyond 2013 and 2014, we are returning to Television Centre. Planning is already underway and we're getting excited about what the refurbished site is going to be like. It will, of course, be very different from how we left it. It will be a multi-use site which in itself brings opportunities and challenges in equal measure. We started the planning work on this months ago, working very collaboratively with the new owners Stanhope, the BBC and BBC Worldwide to ensure what we go back to is going to be fantastic. 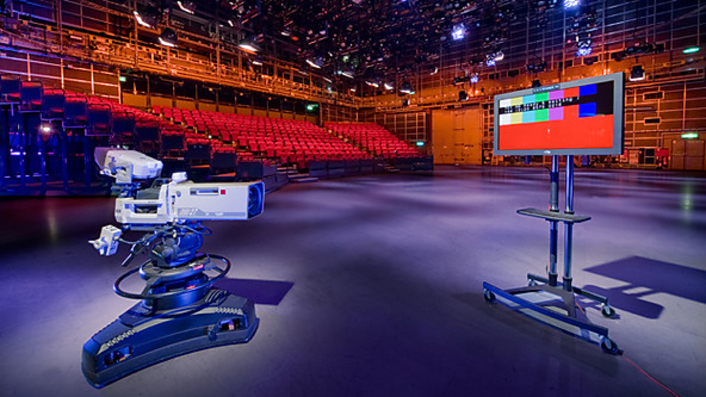 As I wrote back in March, we'll be going back to Studios 1, 2 and 3, but what we're having to do is completely re-imagine how that section of Television Centre is going to work. Before we had a broader footprint across the entire site. Now, everything is going to be part of our 'zone' - all the areas around those studios. So we're having to spend a lot of time thinking about how we can optimise those areas of the building to include dressing rooms, production offices, TV galleries and audience areas, all the time making sure there's a real sense of 'flow' on the site. Most importantly we want to make sure that when people come back they feel they're returning to something great rather than coming back to something where we've just closed the door and opened it again. It's also an opportunity to really take forward the Television Centre site. We'll be putting new technical equipment into the galleries and also refurbishing a lot of the other 'ancillary' production areas.

The galleries will be upgraded: right now we're thinking about what the future TV standards are going to be and how we can create facilities with that flexibility for the future. You should see very flexible, configurable galleries bringing together existing equipment we already have and supplementing that with new technology.

An inspiring place to work
Even when the studios are quiet or there aren’t high-profile shows being made, there’s an air of excitement along my route into the office, down the corridor which lines the many studios here.

It’s then I see all the pictures on the wall of all the films and TV programmes that have been made here – the heritage of Elstree. A place associated with the greats of both media. For me, that brings a little glamour to my day.

BBC Studios and Post Production is a fantastic company staffed by a group of people with huge energy and a real 'can-do' attitude, who have grown up with the BBC and care passionately about all our customers. I feel privileged to work with people who really care about what they do. That is really inspiring.