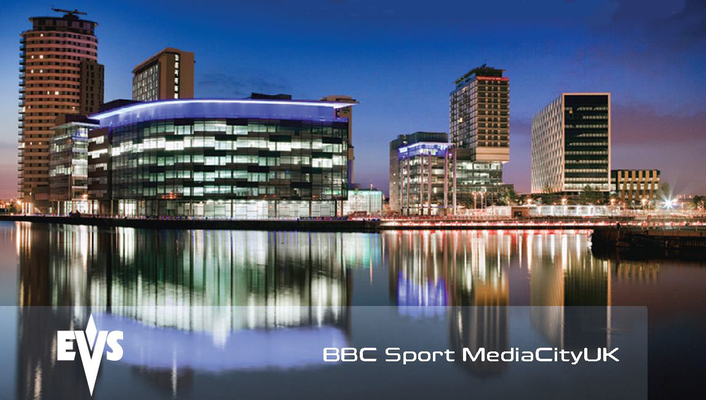 .
In 2004, the BBC (British Broadcasting Corporation) decided to move some of its broadcast operations to MediaCityUK, a 200-acre site located at Salford Quays on the banks of the Manchester Ship Canal. The aim was for MediaCityUK to become one of the most important broadcast and media production centres in the country. BBC Children, BBC Research and BBC Radio 5 Live were all scheduled to move to the new media centre in late 2011. And the decision to move BBC Sport was made so there would eventually be a major integrated sports broadcast centre which would benefit from the most advanced digital broadcast and media technology.

Customer requirements
The BBC’s main objectives were to:
•    improve media infrastructures and organisation to enhance the efficiency of content management and delivery
•    enable simultaneous ingest of over 30 live HD feeds with transparent access to live and nearline storage to browse, select and share content
•    provide highly secure storage for hundreds of hours of media
•    fully integrate thousands of hours of digital archives and increase the use of archive material without impacting the delivery of highlight packages

BBC Sport’s Technical Executive, Charlie Cope, said: “One of the main challenges was to move from multiple decentralised production systems into one big central digital production structure that would allow us to record, share and play out content from a single platform.”

The entire project had to be completed within nine months to allow the new BBC Sport production to go on-air in December 2011. In this timeframe, 400 production and operational staff needed to be trained so they would be able to use the new integrated system.

The system simplifies all aspects of workflow production and allows production teams to speed up media delivery. As part of the file-based production workflow, the solution implemented by EVS comprises of multiple media processing and management stages. It allows:
•    ingest of multiple live broadcast feeds and import of massive AV files - all immediately available and referenced for editing operations
•    high and low resolution stored media control, including metadata management
•    central nearline storage based on Harmonic systems    intuitive and quick media browser for clip selection and compilation based on an optimised search engine
•    media exchange between production and archives
•    transparent media exchange with craft editors, including associated metadata and logs
•    multiple playout control optimised for crucial live operations
•    full referencing and control with AP ENPS technology based on MOS Gateway.

The details
Multiple live broadcast feed ingests and AV file imports
Under IPDirector’s control, 100% of live broadcast feeds coming from multiple events are ingested into the combined XT3 and XS servers from EVS with about 400 hours of available live storage. The system can manage the recording of up to 36 simultaneous live HD feeds encoded in ProRes422 QuickTime at 120 Mbps, complete with files imported from ENG crews using various card formats. The files are instantly available for browsing, editing or playout. Ingest can be managed centrally using IPDirector’s scheduling interface, IP Ingest Scheduler, which offers a complete overview of incoming feeds.

High and low resolution stored media control including metadata management
All material recorded on XT/XS servers is automatically streamed onto a Harmonic MediaGrid via EVS XTAccess. During streaming, proxy files are automatically generated to nearline storage using timecode references. Throughout the entire production process, IPDirector provides a single interface for media management in all ingest and playout servers as well as nearline storage. The media management component of IPDirector further speeds up the process by allowing producers to place restrictions on what media is available to view – for example editors working on a football package may only need to see football-related clips. 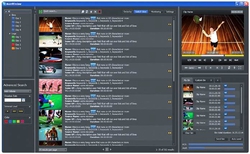 Descriptive metadata is added to each clip at ingest and more information is added whenever a clip is used or modified, allowing a comprehensive history of each clip to be built for archives.

Central nearline storage based on Harmonic systems
HD media recorded onto EVS systems in studios is transferred to the MediaGrid, which provides 400 hours of HD storage to the post-production team. Editors working in an Avid environment can access the low-resolution version of media for offline editing and the high resolution version for online editing. Once material has been edited, the finished project can be pushed back to the MediaGrid system for storage. The file-based storage can be easily expanded without disrupting ongoing operations, and eliminates the expense of buying HD tape and running tape decks.

Media browsing and advanced search
All BBC Sport production teams and editors can access media throughout the network by using IPBrowse, the latest module of IPDirector which offers a quick and simple way to instantly search and review media. Based on proxy files, journalists can look for raw material in a flash. With an intuitive user interface, IPBrowse can be easily used by journalists, producers and editors without needing hours of training.

Searches are simplified by using an advanced search engine based on associated logs or metadata. Operators can select a file with a simple drag and drop function and can compile clips to create a rough storyboard on the newsroom computer. In total, 400 desktops at BBC Sport will be equipped with IPBrowse.

A new web-based browsing interface solution called Davina is also available for most BBC Sport production users to review content. The Davina system uses IPDirector API to seek proxy files available in the Harmonic MediaGrid storage as well as to retrieve any relevant metadata with API. Proxy files are re-transcoded and stored on a dedicated web storage system based on a Harmonic Rhozet server. 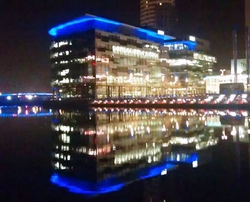 Media exchange with entire production teams and local bureaus
After the media selection and clip compilation has been completed, the rough-cut edit is displayed in a Work In Progress (WIP) area of the central storage found in Final Cut Pro craft editing suites. Final Cut systems are connected directly to the Harmonic MediaGrid active storage for edit-in-place operations. Using EVS’ new plug-in interface, IPLink, FCP editors can also easily find media created by producers or search and import media to FCP projects with the same metadata as producers. Once an edit is complete, EVS’ Final Cut Pro export plug-in sends it to the right playout server and creates browsing copies for journalists and producers to review.

Using the new production infrastructure and IPDirector, selected clips can be sent from the media storage or restored to or from any BBC News bureau using the BBC News file exchange system (JEX).

Multiple playout control optimised for crucial live operations
Final package playout control can be managed using different channels, depending on the critical level of operation. A manual control option is also always available. Based on EVS’ IPDirector Service-Oriented Architecture and its advanced API, third-party systems can easily access the media and operational databases.

The BBC’s playout automation system, BigTed, is used in the gallery playout. It seamlessly controls EVS’ playout servers for rundown playlist operations. Based on EVS’ IPDirector MOS Gateway support, the BigTed system can read the remainder of a clip. BigTed displays the clip name and the remaining play time on the gallery screen.

Based on the full MOS support protocol of EVS’ content management systems, all the final packages tagged as ready for airing in the IPDirector database can be linked to the rundown playlist on AP ENPS’ newsroom computer system, managed by the editorial team. The playout operation can be entirely managed from the NRCS system. Without the NRCS playout control, on-air operations can be instantly managed using IPDirector’s playout schedule interface. In most crucial situations, material can always be brought to air using LSM’s playlist remote controller as a back-up tool. 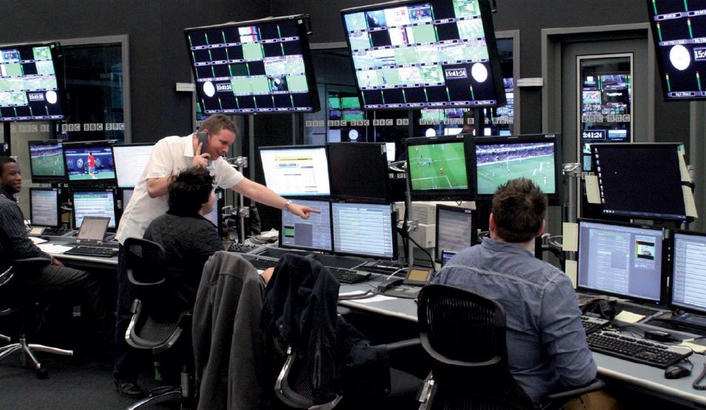 The benefits
By moving to a greenfield site, BBC Sport has been able to start from scratch and benefit from using the Sports Production System to simplify all aspects of production. They have completely overhauled the production workflow and technology. BBC Sport currently uses EVS’ tapeless workflows in its TV centre for major events bringing resources to air quickly. Due to the fast-paced nature of sports programming, it is vital to have speedy access to archives as well as LSM reliability for quick turnaround and analysis during productions. IPDirector integrates seamlessly with BBC Sport’s existing infrastructure to efficiently manage media throughout the ingest and playout servers. IPBrowse is a key production tool for all BBC Sport producers, allowing them to instantly access clips and footage in an intense production environment.