The Royal Opera House in Stockholm 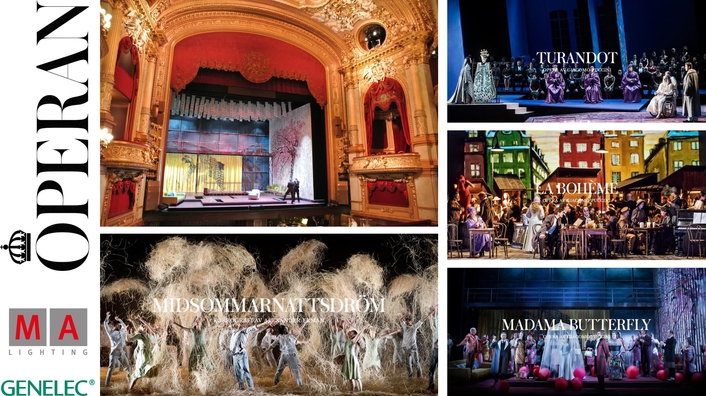 The Royal Opera House in Stockholm is the national stage for ballet and opera at Sweden. The Opera was founded in the 18th century by King Gustaf III and the first performance took place in 1773 in native language.

The Opera building is located in the heart of the Stockholm city, one of the most visited places in the country. The first Opera House was demolished in 1892 to make room for the current building that saw its first performance in 1898. The new opera is known as the Oscerian Opera or simply called the Operan. The building is an example of a neo classical architecture and has a magnificent golden foyer and an astonishing staircase that leads to a three tier auditorium. The seating capacity of the opera house is 1200 with one box reserved exclusively for the Royal Swedish family. Needless to say that it is very challenging to run a modern Opera with a big staff of singers, musicians and ballet dancers in an old building. Still the opera has managed very well to implement a lot of high-tech solutions in the old building in terms of lighting, stage and sound technology. 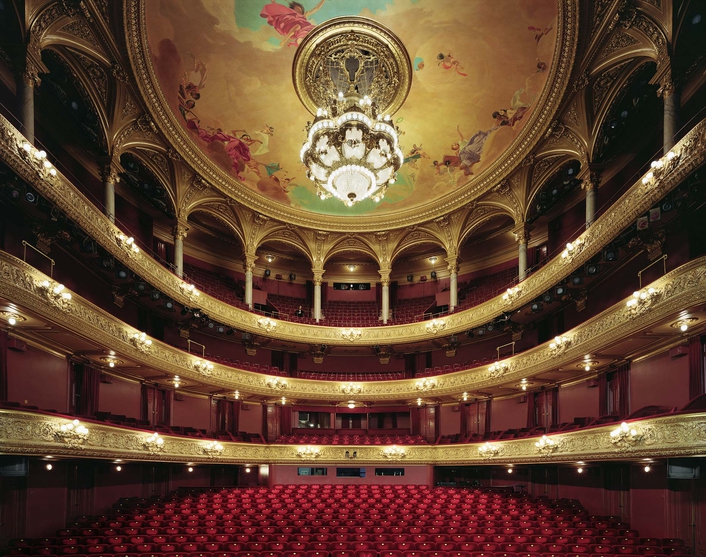 Cinema casts across Sweden and the high-end sound studio
Because Sweden is a large country, with a moderately small population, one has to travel a long distance to enjoy a performance in the Royal Opera House.
One solution to reach out to people all around the country was to create a Cinema cast. This enables people to go to their local cinema and to enjoy a Carmen, Rigoletto or Turandot performance in a high class direct broadcast. To be able to produce these broadcasts in the highest quality available (today High-Definition, tomorrow Ultra-High Definition) in a first step the Opera house has invested in a surround sound studio of the highest class in respect to acoustic design as well as in the choice of equipment. 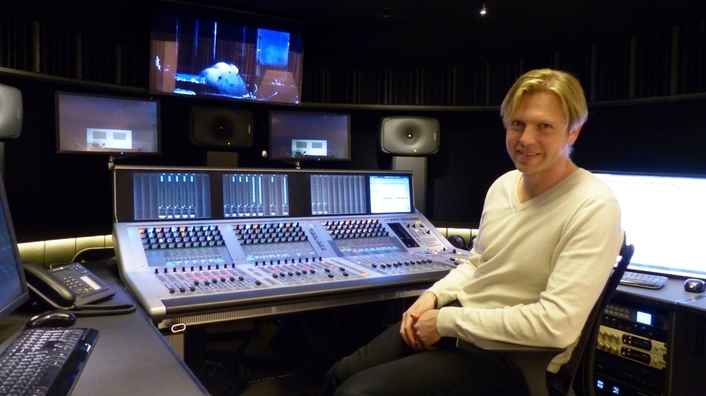 The core of the studio is a Studer Vista console with a Merging Technologies DAW attached to it. The audio monitoring is by Genelec and comprises five units of the Model 8351 coaxial three-way system with subwoofers.  Lars-Göran Ehn is one of the sound engineers at the Opera House and one of the driving forces towards the implementation of new technologies. For today’s Cinema Casts the Royal Opera hires HD OBVans for the video coverage and delivers the 5.1 surround sound to the OBVan. Lars-Göran has been instrumental together with chief sound engineer Tony Dickman, in putting the audio system together and they are more than pleased with the result. However there are ongoing considerations to transfer the golden foyer into a high-end video studio on the same high quality level as the sound studio. This should help to expand the performances on the stage with interviews of the singers and artists or even to produce talkshows. 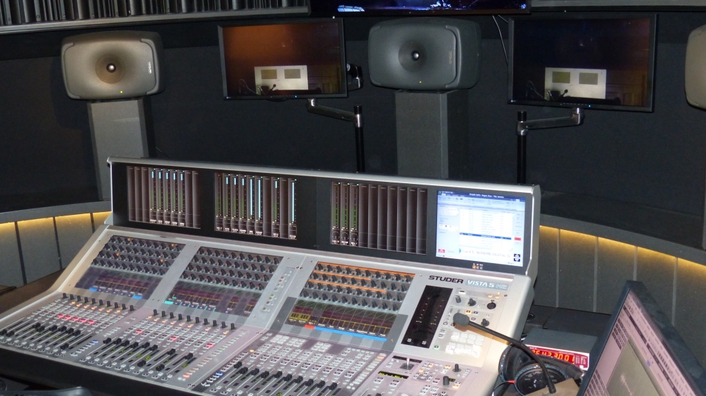 Lighting Rig and Visualization Studio
Initiated by Patrik Becker, the manager of the Lighting, Sound and Video department, the Royal Opera has performed a complete makeover of the lighting rig, which now includes a comprehensive visualization studio. The goal is clear: tedious programming shall be done off-line, shows will look better and both the Main Opera Stage and the Golden Foyer shall be virtually instantly transformable into completely diverse types of performances, including in-house live TV production and streaming.

The project manager Mikael Tham has been responsible for the system integration. The most extensive makeover of the lighting rig and control system in the history of the Royal Opera started in 2012, 30 years after the last major update back in 1982. It started with a thorough evaluation of different lighting control systems, defining and formulating the needs, both now and in the future. The result of the evaluation gave a small number of possible systems and a tender was formulated with every essential detail clearly defined and specified. The decision fell on the MA2 system and during the summer of 2013 a large control system from MA Lighting was installed by the Scandinavian representative Gobo & Highlight A/S. The systems enormous flexibility and dependability together with the integration of both video and the 3D visualization system were some of the reasons for the choice. There was also an extensive on site education package included in the original tender.

The MA2 system consists of four Grand MA2 lighting consoles, two of which resides in the main control room, one in the visualization studio and one is mobile unit to support shows on smaller stages and or is used on touring projects. The complete system also includes five MA onPC, two MA onPC Command Wings, four NPUs, three MA VPU Media Servers with a total of  9 outputs of full HD 1080p to feed the Barco projectors in the auditorium and on stage, and 38 fibre-connected 4-port Nodes translating from MA-Net2 to dmx in the rig. All tied together through a huge fiber optic network consisting of over 250 fibers, a large number of fiber- and network switches from Cisco and also CAT6 cabling for shorter distances. 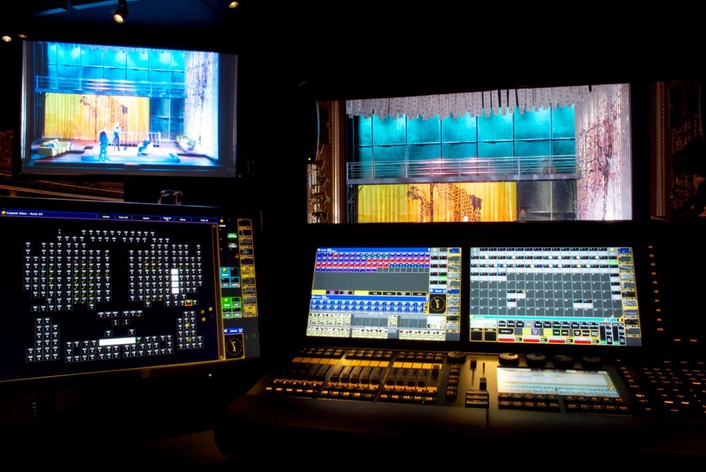 grandMA at the Royal Opera Stockholm

The Visualization Studio
A purpose-built studio space for the visualization of lighting designs was included early in the planning, to help meet the demands of modern lighting and enhance workflow efficiancy. The time on stage for programming and trying things out is constantly cut shorter and the challenges presented by an almost completely new (and automated) lighting rig, both on stage and in the auditorium, needed the possibility to do qualified programming and preparations without blocking the stage. Tremendous care was taken to make the room a pleasant and inspiring space, a room where Lighting Designer, Set Designer, Directors and Choreographers could work together with Lighting Programmers and Lighting Managers and be both creative and constructive and deliver useful work. 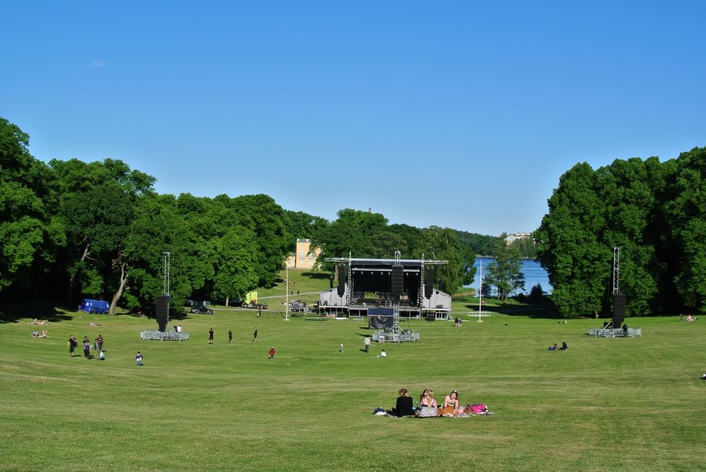 Open Air Concert
Each year the Royal Opera gives two large open air concerts. The first concert takes place in the Haga Park in Solna, just north of the Stockholm City and celebrates the Swedish National Day on the 6th of June, and the second concert takes place right in front of the actual Opera house when the whole city transforms into one big arena for the Cultural Festival of Stockholm in the end of August. 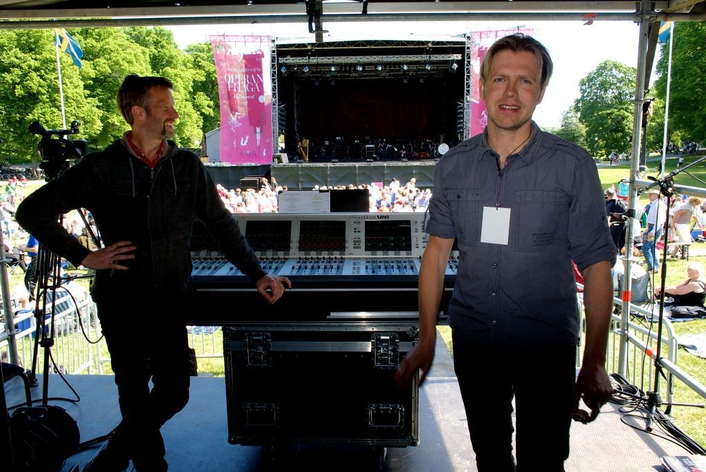 For the concert in Haga, which this year attracted an audience of 21,000 fans, the Royal Opera was relying on the complete technical support from Bright Group Stockholm to bring in a mobile stage with lighting and sound. To secure top notch sound and coverage of the 300m wide summer meadow, FOH engineer Lars-Göran Ehn took help from Mattias Winther of Audile Electroacoustics for system design and tuning. Long in the planning of the concert, Winther had modelled the L'Acoustics main PA and delay towers in the Soundvision program according to the geophysical aspects of the park, and as soon as the speaker systems had been flown the system tuning was finished using the Systme measurement program and Lake processing. For mixing the Royal Swedish Orchestra and the Royal Opera Chorus, a total of over 100 musicians on stage, Ehn was relying heavily on DPA 4099 microphones to get consistent and resilient sound input from each source. For soloists and precision he was using DPA 4011 and Neumann KM140. Strings and Chorus, for which Ehn was using Audio Technica, were partially summed prior to coming into the 96 channel inputs of the Soundcraft Vi6 console. As crowd numbers were growing, with an estimated total attendance of 27,000 people in the Park, there was a strong demand to develop a concept that included a full camera production and large screen coverage. “After all, with the great performance of the Royal Ballet on stage, this show deserves not only to be heard but also to be seen”, said Ehn.