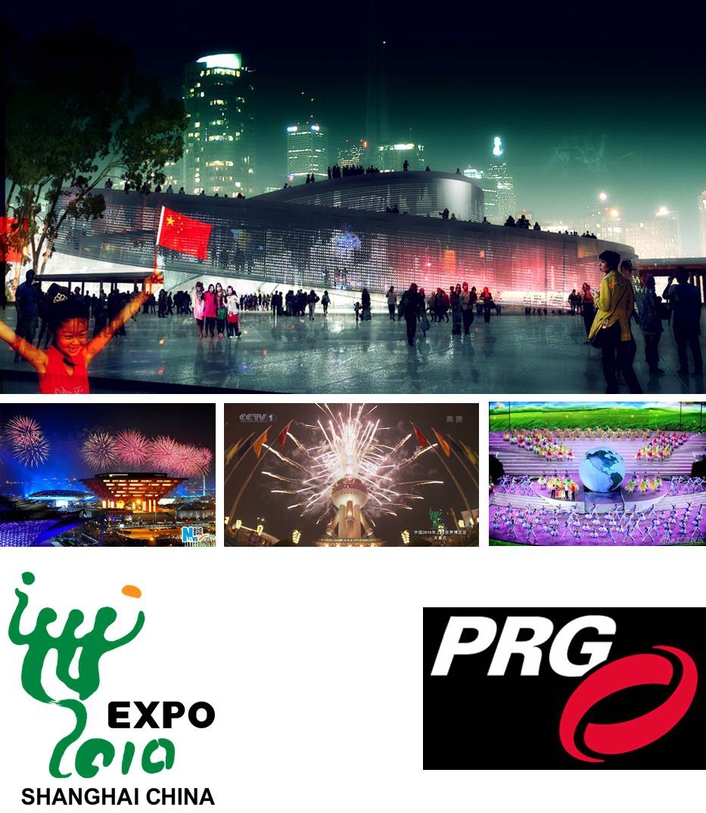 PRG was technical supplier for the following projects at EXPO 2010 Shanghai China:

Complex technical setup in a very limited area. The installation took place while the construction work was still ongoing. The planning process has been an international coordination between the USA, Australia, China and Germany.

PRG had to develop a lot of customized constructions in order to mount all the technical gear (e.g. OLite wall constructions on an angled floor with integrated holders for seamless LCD screens as well as complete theatre ceiling constructions).

Furthermore, PRG was responsible for the so-called “Interactive Weeds” – nearly 2,000 polycarbonate poles (between 60 and 120 cm tall), which are attached to a 3 Watt LED dot in a customized holder. The challenge was to ensure that they react to visitors, who move their hands over the poles.

Major Shanghai enterprises have funded money and hired SQC to coordinate this project. SQC hired the Architect FJCZ and ESI Design as well as Full Flood for the Lighting Design. This creative team developed the whole Design of the Shanghai Corporate Pavilion, dubbed the “Dream Cube”. PRG was appointed as system integrator in the course of a tender procedure. The “Dream Cube” covers an area of about 4,000 square meters. Its outer appearance is a 3-D grid pattern LED tube array. Within this grid structure are the building shells where the whole exhibition is located.

In addition to the exhibition area with its 360 degree theatre, there are further areas such as the visitor’s restaurant and the retail area as well as office spaces and the main control in the mezzanine floor.

The whole exhibition is a media based experience about Shanghai and the different feelings and moods the citizens have about it.

PRG has also provided technical equipment for the night show, which takes place three times every evening on the surface of the building and includes the LED facade, lighting equipment and a huge dV-DOSC sound system.