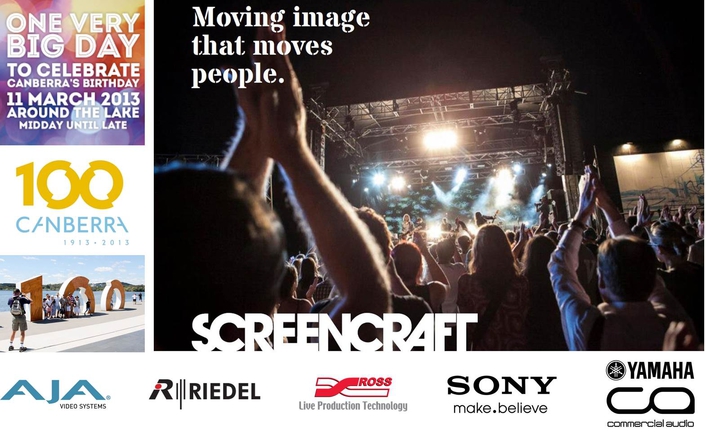 .
All Australians have a link with their nation’s capital, but we’re sometimes guilty of taking it for granted. 2013 presents an ideal opportunity to get closer to Canberra, both the city itself and its national and symbolic roles. In 2013, we celebrate 100 years since Lady Denman, wife of then Governor-General Lord Denman, stood upon the newly laid Foundation Stones and announced that the name of the new Australian capital would be Canberra.

The Centenary of Canberra is an opportunity for all Australians to celebrate this momentous occasion in our country’s history and to explore the many facets–local, regional, national and international–of our nation’s capital. This city tells the story of our country's freedom, spirit, achievements and aspirations. 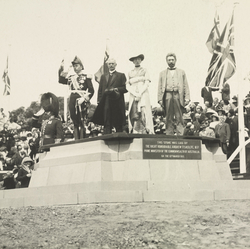 The year-long program will include new and exciting projects, but equally it will showcase the very best of what’s already happening in Canberra each year–the people, the places, the events that contribute to Canberra’s role in our national story.

The ambition behind this program is to create lasting legacies that will benefit generations of Australians to come and lead Canberra confidently into the journey of the next hundred years. The Centenary offers a great opportunity to explore Canberra through its natural seasonal calendar–revealing a lively and active 21st century city ideally fulfilling its important role as the nation’s capital.

Since inception, Canberra has been the site of some of the best thinking in the country. It continues to be an incubator of great ideas and scientific achievements and the custodian, on behalf of all Australians, of the nation’s most significant cultural assets. The Centenary of Canberra celebrates the history and heritage of one of the most enduring planned cities in the world and at the same time highlights its lively present and bright future. 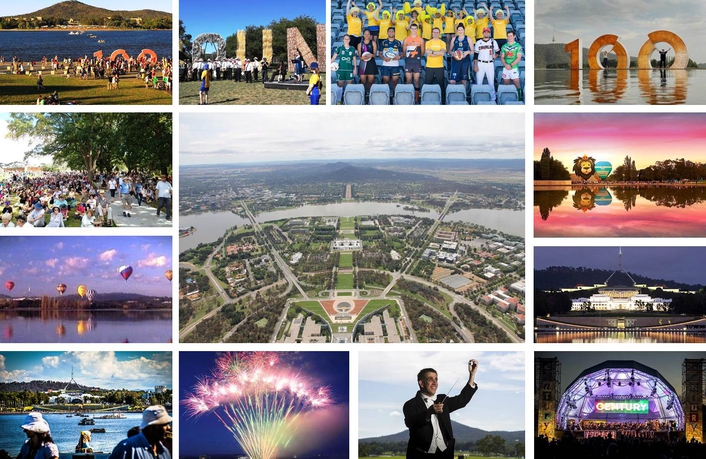 THE BRIEF:
The brief for Screencraft was not only provision of facilites, but the challenge was set, to make the audience around the Lake feel as one. With the backdrop of all that the Centenary team and the event producers planned, our challenge was to to entertain and inspire the audience through the big screens and webcast.

There was a whole swag of events; live music, cultural displays, fireworks, roving artists, musicians and performance artists on boats that circled the lake. The brief was to have 3 roving cameras that could go anywhere around the lake.

The Centenary birthday would be the biggest single event in Canberras history. With some 150,000 people in attendance to be apart of the activities around Lake Burley Griffen. The events team had a extremely ambitious goal of having five music stages around the lake. They wanted to people to feel united as they went around the lake, so they needed cameras and screens around the lake - all connected together. The event started at 12 noon and went through to 11pm that evening. 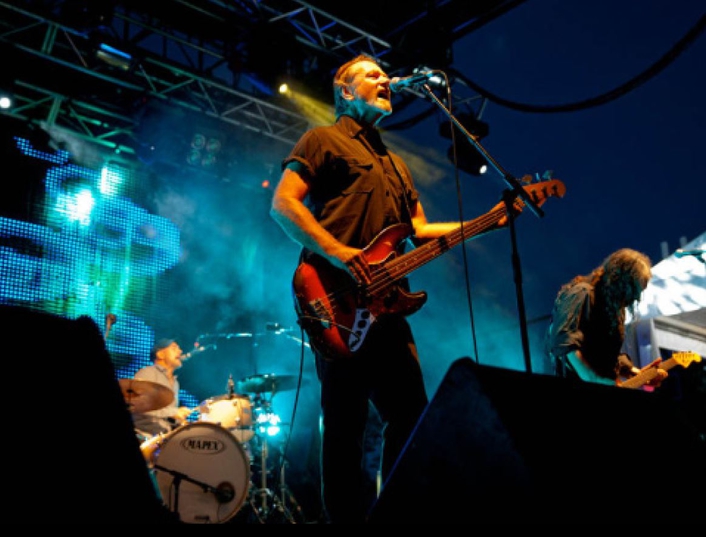 They wanted the people on the south side to see what is happening on the north side and vice versa. It was about poeple feeling connected in this celebration. In addition to the stages, there was a huge amount of side shows and fun stuff that they wanted covered on the big screens, which where in all areas around the lake.

The evening’s cressendo was a symphony and fireworks, the client wanted evey discreet site around the lake to stop to tune into the symphony, which was a specially composed piece for the event. So we had to send pictures and sound to all the sites around the lake. After the fireworks, we covered the “rock stage” until late, this vision also went to all the screens around the site.

WHAT WE DELIVERED
To deliver the requirements of the project, Screencraft assembled a team of world-class technicians,
camera operators and management personnel. Our goal was to make the vision on the screens an
immersive and entertaining experience for the audience. Using our camera work, graphics and
technical methodology, we aim to ensure the event is a huge success.

Planning and logistics
From the begining this project was going to be a tough one because of the huge space we had to work in. Our entire site to work in was over four kilomiters in radius, working accross three stages. We had over 50 crew to manage across the site and a huge bump-in and out process. We planned the event over 6 months, working with the events team and the local authorities for apporvals on cable routes etc.

Backbone
The key to making this event happen was the use of over 6 km of fibre optic cable. We connected each site using fibre cable. The main connection between north and south side was a 24 core fibre optic cable, which we ran through the lake, submerged on the bottom of the lake. We arranged for full
redundancy of the cable and the splicing. 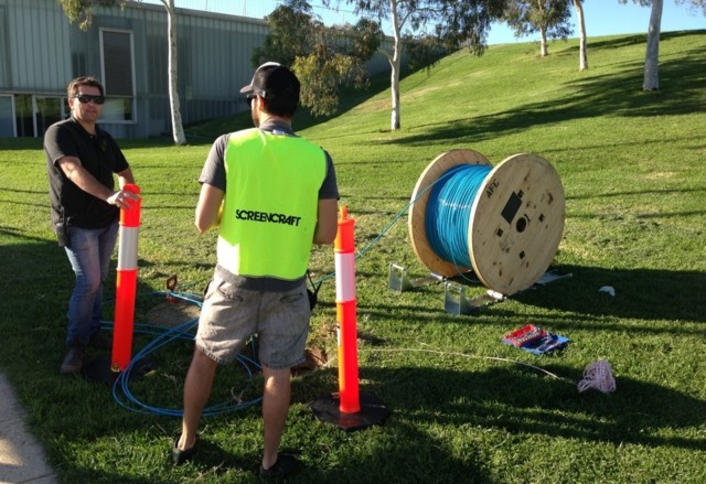 The 1.3 kilometre fibre cable running through the lake

We used Riedel MediorNet to provide backbone for the entire site.
Backbone infrastructure is just that; backbone. You can often walk, run, or play sports without thinking much about your backbone, but it certainly plays a big part in your flexibility and the ability to perform.

Mediornet helped in this event by allowing one common type of cabling – single mode fibre. This lowered the amount of time spent running cables, and when things went awry, it only required one set of tools for the whole network.
We had 4 Sony HDC 2400 cameras on one side that needed to go to the MCR via the lake fibre cable. We used 4 SHED boxes to convert the SMPTE fibre into normal fibre, and back again at the MCR end.

The ability to route all signals anywhere also helped. When the client changed their mind and added a second program feed to all of the screens, Mediornet was able to send that feed to any screen with the click of a mouse; not having to run another 2km of cable.

Microwave cameras
Because we needed three cameras to be able to go anywhere around the lake, we provided a cool multirecieve point system that switched the singals to the closest antenae. The three wireless cameras had a transmitter on them.

The transmitter takes the SDI stream from the camera and the audio (1 channel from the camera’s mic and the other from the Telemetry unit to provide tally/feedback) and combine them into an ASI stream. This would be picked up by one of five sites. Each site had four diversity antennae to provide the best coverage.

This signal would then be fed to one of our Message Smart Receivers (MSRs) that would convert the diverse signal into the electrical ASI feed. The ASI was then fed into Mediornet, which transported all 15 ASI streams (3 per site – 1 for each camera) back to MCR. At MCR, the feeds for each camera were fed into an ASI voter; this would pick the strongest signal from each of the sites. The Voter then fed the ASI to SDI converter, which then fed SDI into the mixer.

The Tally/Feedback circuit audio was fed into the Riedel Conductor telemetry unit, which connected to the camera’s RCP. The Iris/Lens telemetry was then converted into audio and transmitted on UHF, where the telemetry unit on the camera gave full lens control to the guys in MCR.

Duplication
There was two sides of the lake that needed two different programs, so two different cuts. So we used our Ross Carbonite with an aux panel to produce two separate cuts, using two directors. The communications was simple with our Riedel system as we could easly switch from one director to another for the camera CCU talkback. 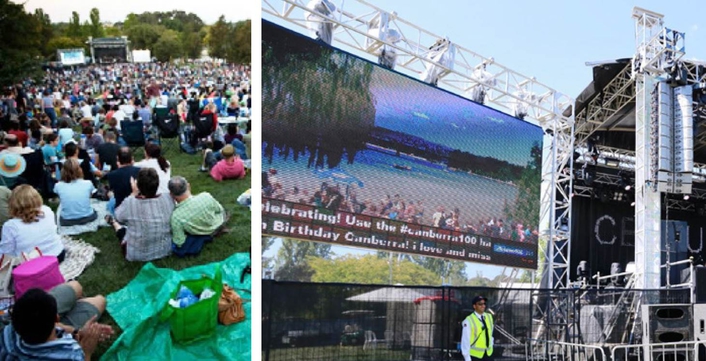 Social Media integration
Becuase of the huge amount of people around the lake, we produced a graphics package that was displayed on all the screens. We had the ability to select tweets and display them on a ticker across the bottom of the screens. This ensured that the crowd was engaged with the screens and could read their tweets. The graphics also provided event notices and coming up screens. 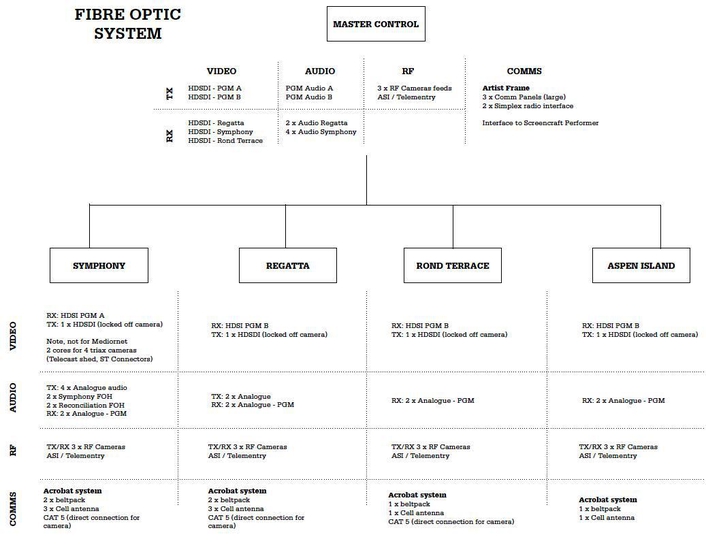 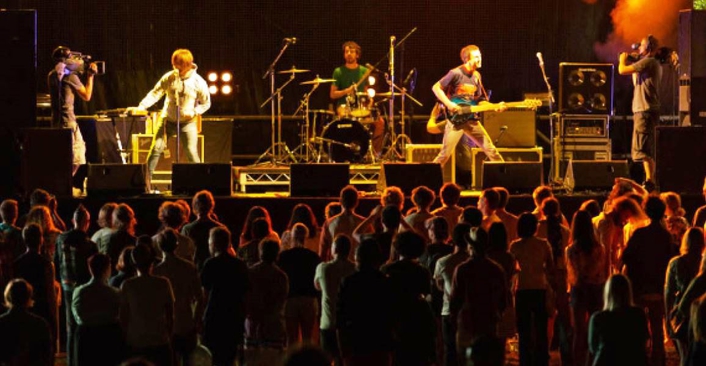 OVERALL
The Centenary 100 celebration event was the flagship event for the Canberra community during the Centenary year. The event celebrations have been designed to encourage community involvement at various sites around Lake Burley Griffin.

Screencraft provided a total vision production solution to the Centenary Events team. The summary of our service offering was the following:
• Provision of a dedicated, production team to lead the project: with producers, directors, technical directors and financial management personnel
• Provision of experienced broadcast professionals to crew the event
• Provision of eight self contained outdoor LED Screens, with PA systems, generators and crowd control fencing

• Provision of a full functioning outside broadcast facility to include cameras, audio, graphics, playback as outlined below
• The provision of two-way audio, video and data linking of all the sites around the lake via a fiber optic cable
• Provision of a seven camera coverage of the stages and happenings around the lake
• Curation and production of the finale piece for the Count Up during the fireworks display
• Production of a highlights program using the content gathered from the event; and
• Provision of all communications required for our team and the events team, including provision of two-way radios and intercom systems through out the entire event site. 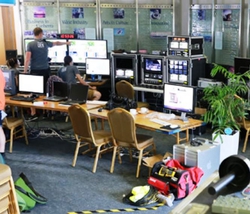 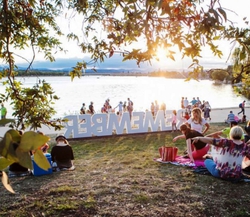 WHAT WE DELIVERED
To deliver the requirements of the project, Screencraft assembled a team of world-class technicians, camera operators and management personnel. Our goal was to make the vision on the screens an immersive and entertaining experience for the audience. Using our camera work, graphics and technical methodology, we aim to ensure the event is a huge success. 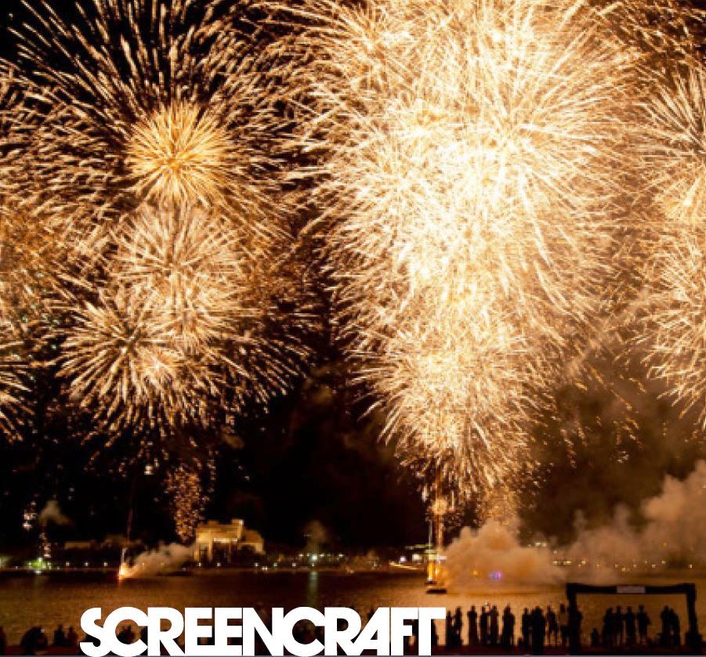