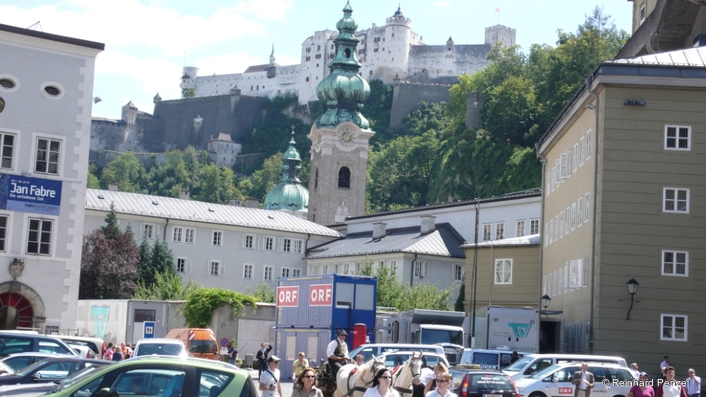 Salzburg Festival 2007
The Salzburg Festival (Salzburger Festspiele) is a prominent festival of music and drama. It is held each summer (for 5 weeks starting in late July) within the Austrian town of Salzburg, the birthplace of Wolfgang Amadeus Mozart 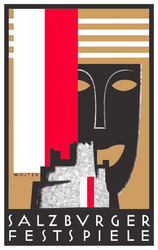 The summer festival was first founded in 1877 but was discontinued in 1910. At the close of World War I in 1918, its revival was championed by five men now regarded as the founders: the poet and dramatist Hugo von Hofmannsthal, the composer Richard Strauss, the director of the Salzburg City Theater Max Reinhardt, the scenic designer Alfred Roller and the conductor Franz Schalk. The Festival was officially reborn on 22 August 1920 with a performance of Hofmannsthal's play Jedermann on the steps of Cathedral Square. The practice has become a tradition, and Jedermann is now always performed at Cathedral Square.

Popular through out the World 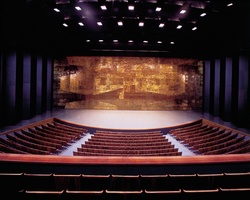 In 1926 the old Archbishop's stable Felsenreitschule was converted into a theater and the Festival Hall (Salzburger Festspielhaus) opera house opened its doors. As this summer festival gained fame and statue as the premiere venue for opera, drama play, and classical concert presentation, its musical repertory concentrates on Mozart and Strauss, but other works, such as Verdi's Falstaff and Beethoven's Fidelio were also performed. 1934 to 1937 represents a golden period when the famed conductors Toscanini and Bruno Walter conducted many performances. In 1936, it featured a performance by the Trapp Family Singers, whose story was later dramatized as the musical and film The Sound of Music. The shot of the Trapps singing in the competition features Felsenreitschule Theater. In 1937, Boyd Neel and his orchestra premiered Benjamin Britten’s Variations on a Theme of Frank Bridge at the Festival. 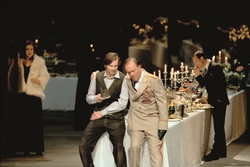 The Festival's popularity suffered a major blow once Austria was annexed into Germany in 1938, though it remained in operation until closing temporarily in 1943. With the end of World War II, the Salzburg Festival reopened in 1945 immediately following the Allied victory in Europe. The post-war Festival slowly regained its prominence as the premiere summer opera festival especially in works by Mozart. In 2006 the Festival celebrated the 250th anniversary of Mozart's birth by staging all 22 of his operatic works (including 2 unfinished operas), to great acclaim. All 22 were filmed and were released to the general public in November 2006.

Eugen Onegin was the Highlight in 2007 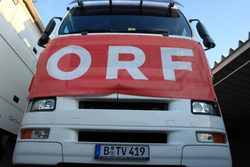 In 2007 Tchaikovsky’s opera Eugen Onegin was one of the highlights. It is based on Aleksandr Pushkin’s main work and because this was so famous, for many years it hindered the success of the opera. With his “lyric scenes” Tchaikovsky created an open structure which stage director Andrea Breth takes as an invitation to project the interpretation of Pushkin’s myth into the present. For the live transmission of the premiere on the 29th July 2007, the ORF hired the the HD OBVan Ü5 from TopVision. The opera was covered with ten high definition cameras, including one handheld camera and three remote controled cameras, one mainly focusing on the conductor and the other two on the left and right side of the stage.

A dedicated focus was on the Dolby 5.1 surround sound recording. In addition to the surround sound microphones from Schöps (MK 2), ORF sound director Gregor Hornacek placed about 50 microphones on the stage (Schöps MK 41), with the orchestra (violines, horner, trumpets and trombones with AKG C 414; contrabasses and tympani with Sennheiser MK 40; flutes, oboes, clarinets and bassoons with Schöps MK4) and with the opera singers (DPA 4061 wireless). Already in 2002 the ORF broadcasted the “Neujahrskonzert” for the first time in Doly 5.1 surround sound. With this transmission the ORF was the first public broadcaster in Europe introducing Dolby 5.1 sound quality on TV. Since that time all important classical concerts, operas and operettas were and will produced in surround sound – independantly if the production is in SD or HD. All productions are recorded on multi-track recorders from Nuendo and because of the cooperation of the ORF with DVD production companies an intensive post-production work is carried out before the DVD is released. This is also true for the Eugen Onegin production where all the HD cameras were recorded on HDCAM for the post-production in the brand new linear HD edit suite in Vienna.