U2 on Tour: Elevation - Vertigo - 360
Music attracts millions. Recent tours of Madonna, Bruce Springsteen and Bon Jovi drew morethan two million visitors each. But music alone is not enough for a memorable experience.Stage, lighting and video are almost as important if you want to create a memorable show for5O thousand plus audiences. A band like U2 for example plays in the biggest stadiumsworldwide. For every new tour, they need to wonder what they can do to dazzle the audienceeven more. By incorporating a whole range of high tech visualization tools into their shows,they succeed in creating a wow-experience for their fans, time and time again. 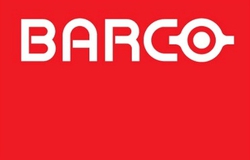 “From the static three by four LED displays from the nineties to the megalomaniac creativeset-ups of today, the use of LED technology on concert touring has dramatically changed overthe past ten years.

As you would expect from a company with such an international reputation, Barco has alwaysbeen at the forefront of new LED display technologies, offering again and again the newestand most revolutionary products to the market.

Perfect illustrations of this are the U2 concert tours of this millennium. All of them have beenpowered with Barco LED displays and show a historical overview of changes in LEDtechnologies: the steady transfer from IMAG LED displays to transformable LED.” – CarlRijsbrack, vice president product management. 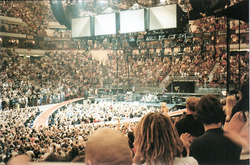 On 24 March 2001, Irish rock band U2 kicks off their first tour of the new millennium inMiami. It is the band’s first arena tour since 1992 and the set up confirms U2’s reputation ofmost innovating band on tour. 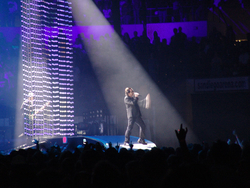 With 360-degree viewing angles, opaque, light-diffusing casing and ability to play both fullvideo & data, the MiSPHERE bridges the gap between existing video and lighting products,enabling it to be used for both application purposes. 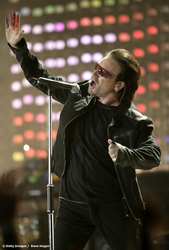 Individual MiSPHERES are daisy-chained into a string, with several strings in turn forming a3D visualization curtain. Each MiSPHERE acts as a pixel within the curtain, making it possibleto display images and simulate lighting effects across the entire curtain, while also achievinga see-trough effect and multiple angle viewing-effect for the audience.

A total of 189 MiSPHERE strings – containing over 12,000 spheres or pixels - hang high abovecenter stage to form seven 3D curtains that allow fans on all sides of the stage to have aperfect view of the images and content displayed on the curtain. 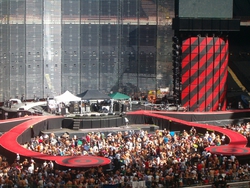 Later that year, on 10 June U2 opens the European leg of the Vertigo tour in the BoudewijnStadium, Brussels, Belgium. As with the North American leg of the tour, the complete showbackdrop features Barco LED technology. A total of 500 square meters OLite 510 is used tocreate a stunning scenery surrounding the band, which is ten times more LED than four yearsago.

The OLite is the first LED tile designed for creative applications as well as IMAG. U2 uses theOLite 510 to show both lighting effects and video graphics. The experience is even enlargeddue to the fact that part of the screen could move downwards, revealing stage lighting behindit.

In short, the U2 Vertigo tour, weather with MiSPHERE or OLite, features an impressivebackdrop LED wall of unseen proportions, giving the band the option to show entertainmentgraphics complementary to the show. 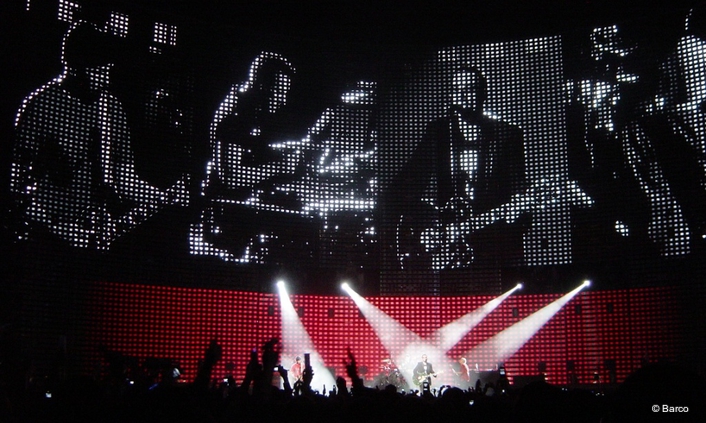 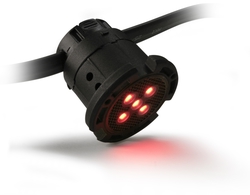 In 2009, Barco announces the birth of transformable LED. This revolutionary product has itsfirst big showcase on the U2 360° tour, starting 30 June in Barcelona. 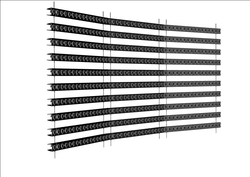 The FLX pixel modules come with a set of ready made carriers, but designers still have thefreedom to create their own. For U2 360°, the FLX-24 is built into a transformable mechanicalstructure, uniquely designed by Barco’s Innovative Designs, based on an invention fromChuck Hoberman, an architect specialized in transformable structures.

The result is a revolutionary 360° display that measures 24 by 16 meter, consists of 92separate parts and contains no less than 500,000 pixels. It can expand and move in alldirections, while still giving full high res video images. In addition to the giant LED screen,Barco integrated a total of 1,200 FLX-60 pixel modules surrounding the edges of both the Aand B stages and the bridges. The stage LEDs provide an extra dimension to the graphicshow projected on the screen. 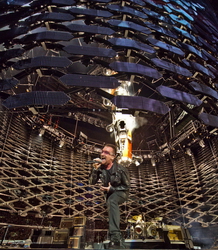 Another major key in deciding for transformable LED is its transparency options. As thescreen expands down, it becomes transparent. With a round stage, it is important not to haveregular fixed size LED displays as they block the view from the audience, minimizing the 360°effect from the stage.

Older stage designs have IMAG screens in combination with a creative backdrop; this screenundoubtedly does both. It offers 360° full video and entertainment graphics. Even the screenon its own is an effect.

LED technology has changed dramatically over the years and will continue to do so in thefuture. Especially the entertainment industry is asking for these innovations. There are somany concert tours going on these days that it requires the best technology and creativeflexibility to stand up from the crowd. Barco as an innovation leader, is proud to give theentertainment industry what they are looking for. 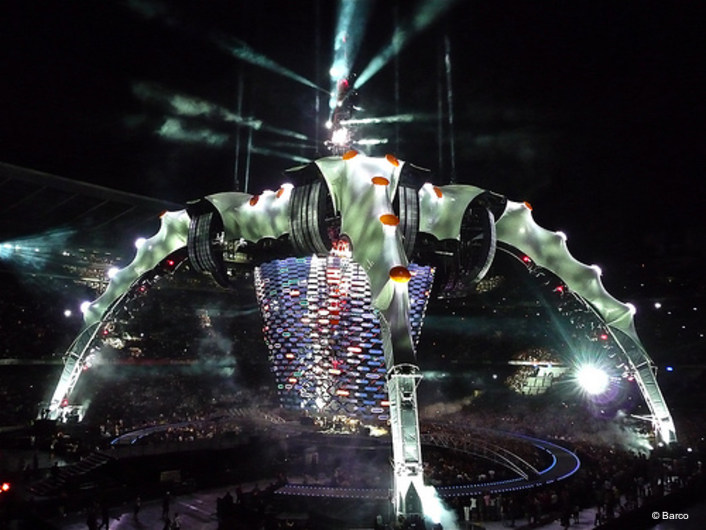