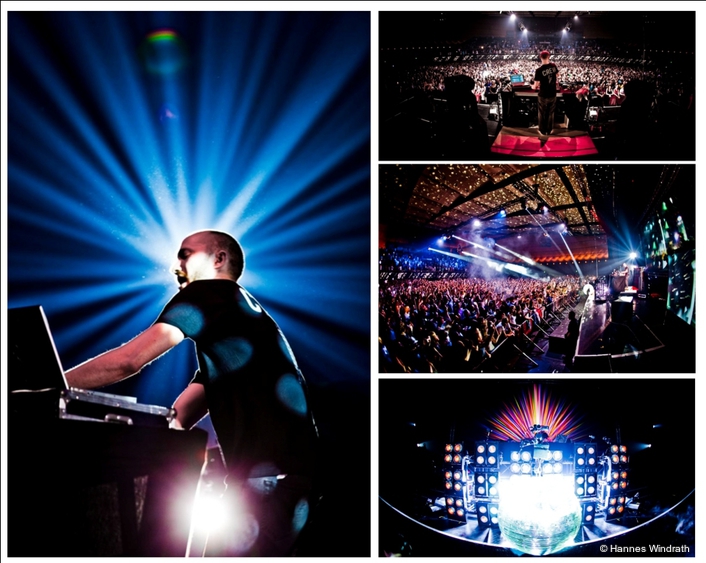 The Concert in Frankfurt
During his "Berlin Calling Tour" Paul Kalkbrenner performed on 17 April 2010 in the Jahrhunder Halle in Frankfurt. Pfadfinderei, an internationally renowned design collective, was responsible for the visualization of Kalkbrenners performance on the stage. For the lighting effects Max Schöntag was in charge. A team of cameramen around Max Penzel recorded the event in High Definition.

The combination of an analogue Mackie 1604-VLZ Pro, MIDI-controllers, hardware-synthesizers and -drum machines with software-synthesizers and -sequencers on his Apple MAC is Kalkbrenners instrument. On this instrument he is playing during the three to five hour sessions. All the pre-recorded loops on his MAC he always is mixing live during the sessions giving him the freedom to interpret the 16 loops and his actual feelings and emotions in a similar way like a guitar player is performing on the six strings.

The Setup of the Instrument 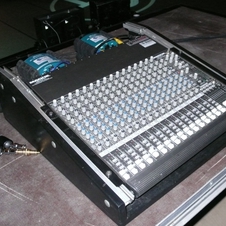 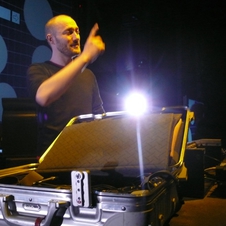 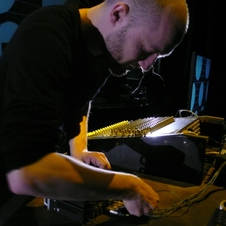 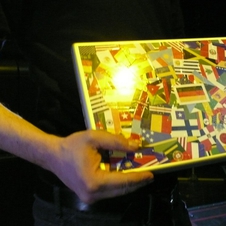 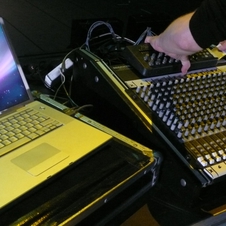 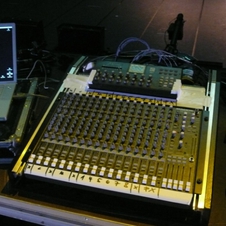 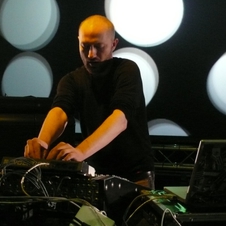 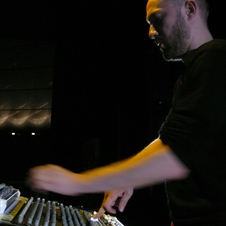 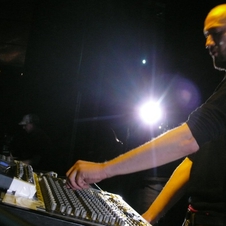 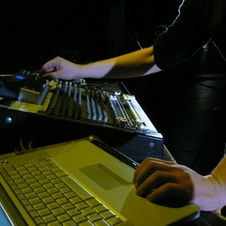 For the lighting control in the Jahrhunderthalle Max Schöntag was operating the combination of a grandMA micro, a grandMA LightCommander 24 and a grandMA LightCommander 12. Independently from the size of the location the aim is to always achieve club atmosphere. With a mixture of blinders, strobos, MAC 700 beams, moving ACLs on the left and right side of the screen, two profilers, a disco-sphere in front of the stage and MDG hazers he always is able to create this mood. 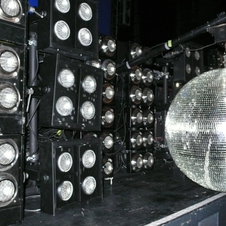 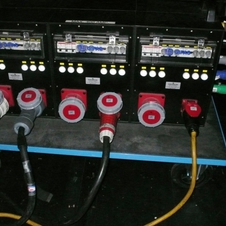 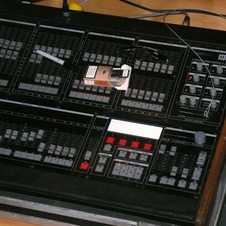 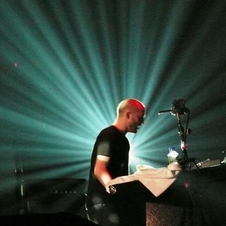 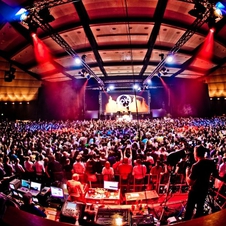 From the development of motion design productions to the conceptualization of events, Pfadfinderei offers a broad spectrum of solutions that crosses borders between required function and contemporary design, all through the lens of advanced visual art & multimedia - and so they did in Frankfurt. Honza and Toby, two of the seven expert members of Pfadfinderei were on location in Frankfurt and responsible for the mixing of live signals, coming from 3 fixed cameras around Paul Kalkbrenner with the pre-produced videos for the show. The mix was displayed on a 10,5m x 4,5m screen and two 2,6m x 1,2m screens. The communication between Paul on the stage and Toby and Honza behind the VJ mixing desk is via the vibrations in the event location - there is no scheduled expiration. 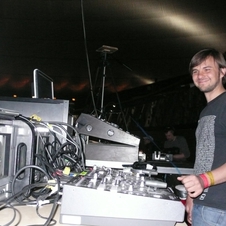 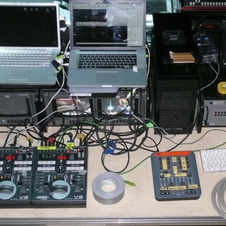 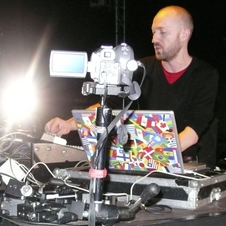 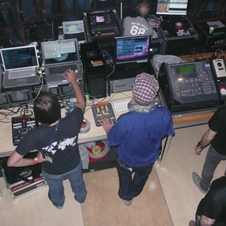 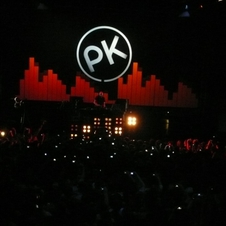 The whole performance of Paul Kalkbrenner was recorded in High Definition with eight cameras. DoP Max Penzel together with Stefan Gohlke, Pierre Günther and Florian Lehmen has designed a creative concept to cover the three to five hour prerformance live on disk and CompactFlash with the aim to edit the high definition streams of eight cameras in near-live style. The following cameras were in operation: 1x Sony PDW-700, 1x Canon 7D, 1x Canon 30D, 2x Canon 5D MKII and 3x Sony HVR-Z1. The PDW-700 and the 7D were operaded by Stefan and covered the action on the stage from the position of the FOH. Max was with a 5D MKII on the stage, Pierre with the second 5D MKII direct in front of the stage while Florian was moving within the spectators with a Z1. The other two Z1s were fixed close to Paul Kalkbrenner and his instrument and the remaining 30D was mounted under the roof of the Jahrhunderthalle working in time laps mode.

The Live Recording of the Performance 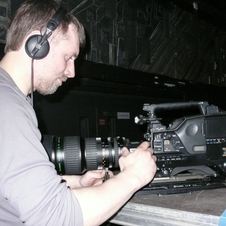 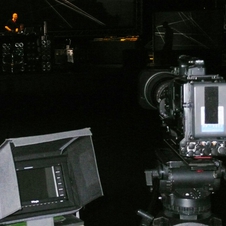 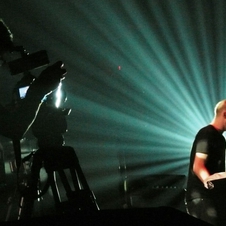 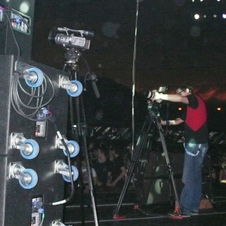 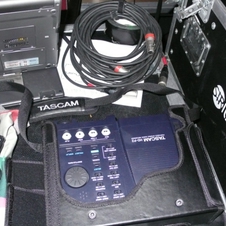 The PA equipment and the Yamaha FOH mixer was hired from and operated by the rental company Sirius. The responsibility for the technical planning was with Eike Wendland and Markus Ruschmeyer (Manager of Paul Kalkbrenner) had the "helicopter"-view.

After each performance the high definition material is copied from the flash and disk storage media onto hard disks and after synchronization the eight HD video streams are ready for "near-live"-editing from Disk. 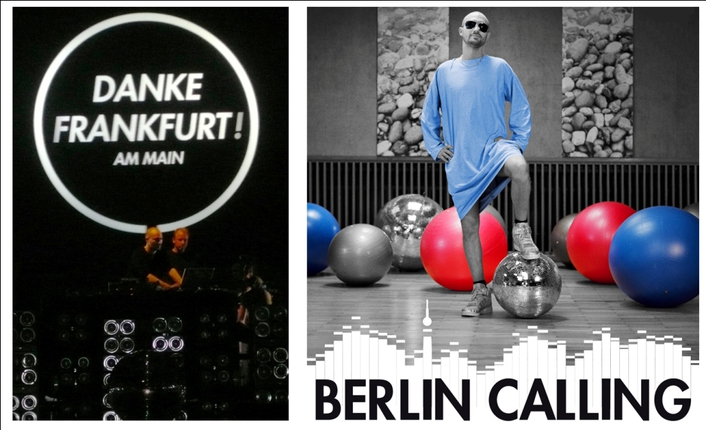