A Cultural Event with an Audience of more than 1 Billion 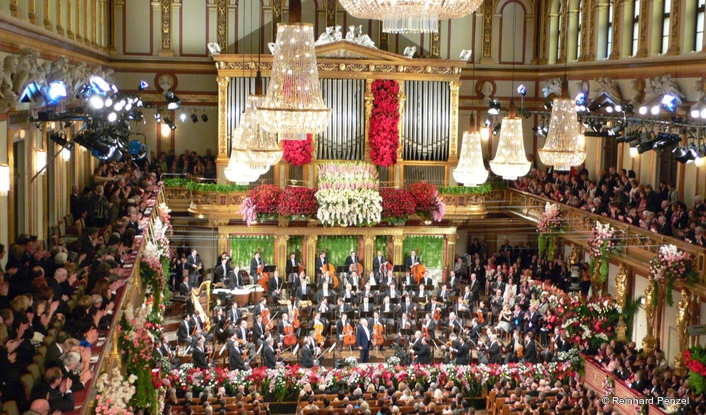 Goldener Saal at the Wiener Musikverein
For the production of the 50th transmission of the New Years Concert of the “Wiener Philharmoniker” from the “Goldener Saal des Wiener Musikvereins”, ORF commissioned TopVision with its HD Ü5 OBVan to generate the live signal of the event. 89 television stations delivered the signal to about one billion viewers around the world. And for the first time the Swiss Broadcaster “HD Suisse” broadcasted the signal in High Definition. 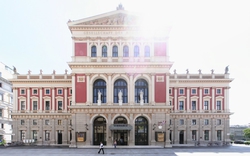 Already in 1990 the New Years Concert was produced in High Definition for the first time – with an HD OBVan from BTS in the 1250/50 standard. In parallel to the seven SD cameras from ORF, seven HD cameras were set up in the “Goldener Saal des Wiener Musikvereins” and the signals were recorded onto analog 1” HD VRTs. When the conductor Zubin Mehta saw the pictures of the performance, he first could not believe his eyes – and finally he stated that only now he can see with his eyes what he is able to hear with his ears. In his euphoria about the visible experience he asked when it would be possible to see pictures like this on a TV-set at home and the OBVan crew was sure that latest in 1995 this should happen. Zubin Mehta had to wait until 2007 until he again could enjoy pictures of the New Years Concert in High Definition, but also 17 years after the premiere only NHK and the BBC transmitted the event in High Definition. Nevertheless the switch-over to High Definition now will happen and in 2009 among others ORF will transmit the concert and 2010 also ZDF will broadcast this cultural highlight in High Definition.

Compared with the coverage of the New Years Concert in 1990 with seven HD cameras, the 2008 concert was covered with 16 HD cameras, including a towercam and a supertowercam, a railcam and two remotely operated camera heads within the orchestra. On Friday and Saturday two trial runs each day were performed together with the orchestra to give the two directors (Brian Large for the international signal and Karina Fibich for the ORF national signal) the chance to orchestrate the vision mixing of the 16 cameras. The two directors had the partition of the music pieces with them at the vision mixer and improved the composition of the various cameras in the same way as the conductor improved the teamwork of the musicians. Of course the concert was recorded and transmitted in 5.1 surround sound. Therefore sound director Gregor Hornaceck had arranged a Decca Tree and a Hamasaki Square above the orchestra. In addition some microphones were clearly assigned to the instruments. All together 38 microphones from AKG, Schoeps and Sennheiser were connected via a stagebox with the OBVan and delivered their signals to a Stagetec audio mixer in the dedicated audio area, where a Geithain 5.1 monitoring system enabeled Gregor Hornaceck to mix and control the 5.1 signal. In addition to the live transmission all the audio signals from the microphones were recorded onto a Nuendo recording system from Steinberg while the camera signals were recorded on HDCAM VTRs for post production purposes in the new linear High Definition edit suite at ORF for the production of the New Years DVD (and in future also for the release of the concert on Blu-ray). 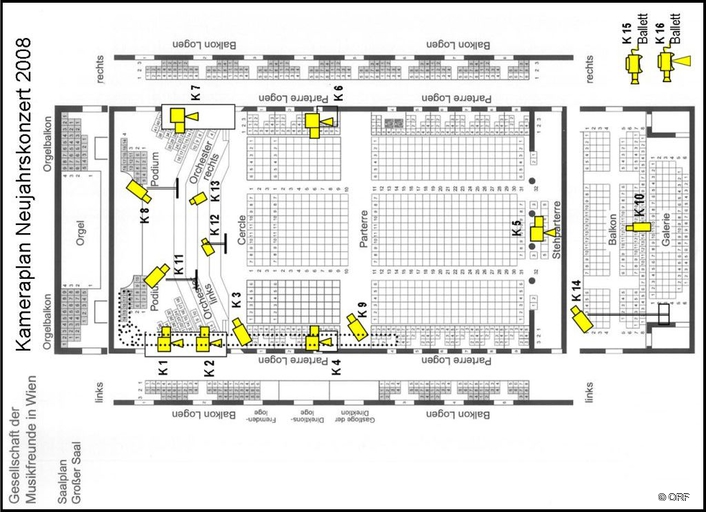 Music of the Family Strauss

More than 80 people were working in the team of production manager Johannes Hoche to keep the standard of the New Years Concert at the highest level. This included in addition to the cameramen and the sound engineers of course the stage managers, stage-lighters and graphic designers. And every year the team finds new ways to present the “Goldener Saal des Wiener Musikvereins” together with the music of the family Strauss. This year the blanket painting from August Eisenmenger was highlighted. For this purpose a supertowercam from PMT was installed and the remotely operated camera on top delivered never before seen pictures of the painting in high definition. And together with the music of the orchestra again unforgettable scenery was created. But there were more highlights to see during the two and a half hours of the concert: For the first time the ballet of the Vienna Opera was dancing in front of the Albertina and at the Karlsplatz, where the dancers performed a soccer ballet to highlight that the UEFA Euro 2008 will take place in Austria and Switzerland in June. Another first were the “dancing” Lipizzaner” filmed at the Wiener Hofreitschule. 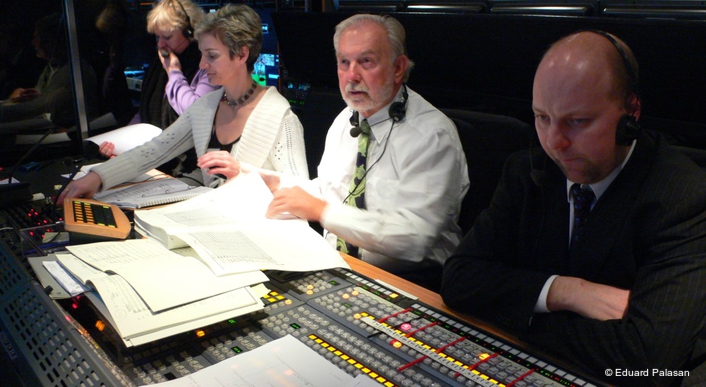 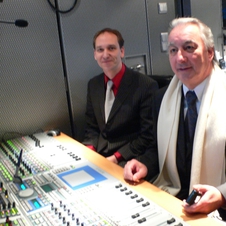 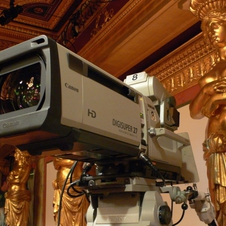 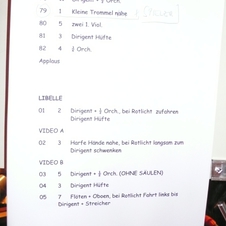 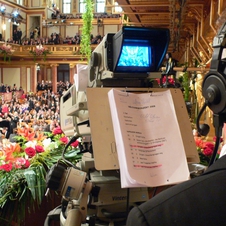 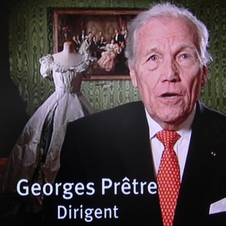 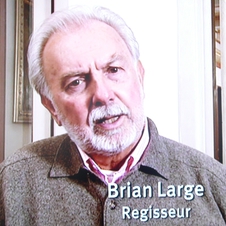 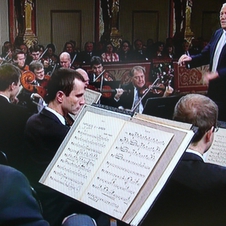 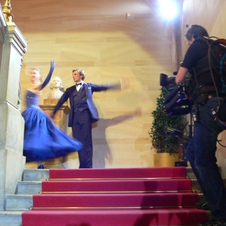 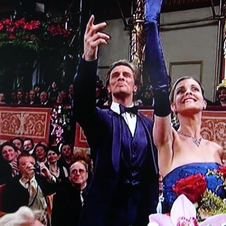 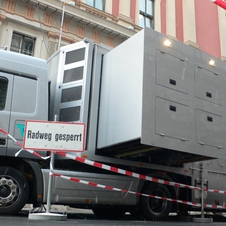 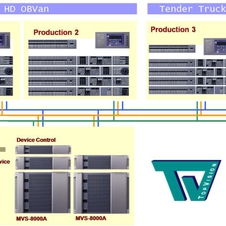 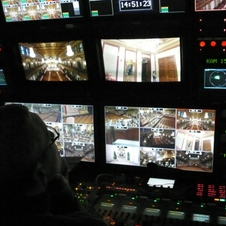