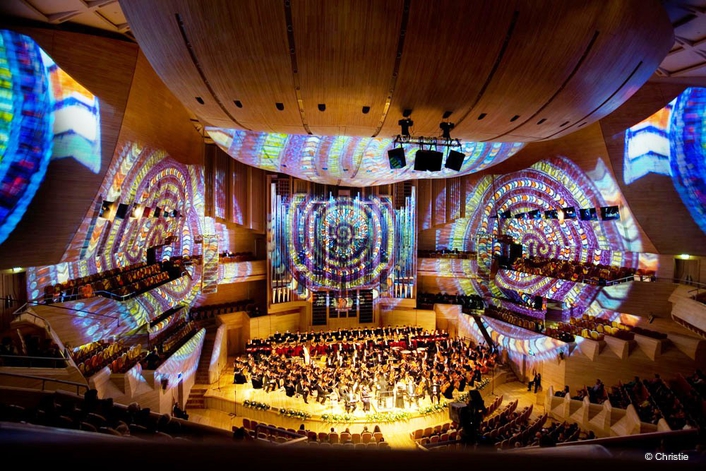 Moscow International House of Music
One of the world’s favourite opera masterpieces – Aida - is among the most popular works by Giuseppe Verdi. In October Aida was performed in a very original form on the stage of the Moscow International House of Music (MMDM). It was the first time the famous opera, which has been performed for 140 years, was accompanied by unique large-scale projections created by 360Project Company. Svetlanov Hall of MMDM was full of the spirit and icons of Ancient Egypt. The installation included two Christie Roadster S+20K, two Christie HD10K-M alongside slide projectors. 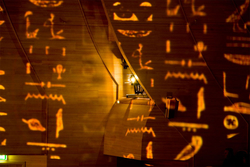 Darya Nikolskaya, General Director of 360Project said: ‘We started the implementation of this new form of classical concert performance, accompanied by large-scale projections, in cooperation with MMDM and the Moscow City Symphony Orchestra “Russian Philharmonic”, some years ago when we created the visual background for a series of concerts for children – The Fairy Tale About Tsar Saltan by Rimsky-Korsakov and The Golden Cockerel by Shchedrin. Last year we showed in the same format Carmina Burana, scenic cantata by Carl Orff. The concept of such performances is to make the images of classics more comprehensible and perceivable for the modern audience’. The audience’s response and interest caused by those performances resulted in the decision to create the projection show for Aida.

Gayane Shiladzhyan, a founder and Director of the Moscow City Symphony Orchestra “Russian Philharmonic”, commented: ‘An opera in such an innovative format, surely, gives to spectators more vivid impressions, opens new horizons of classic art’. Some engineering peculiarities of the installation were predetermined by the sophisticated architecture of the hall including multidirectional surfaces.

Darya Nikolskaya said: ‘The images were projected on the walls and the ceiling of the hall. Our task was to project the image so the light flow would not cross the spectators so as not to dazzle or disturb them. At the same time, we had to take into account the hall’s architectural peculiarities. The concept was in line with the projected images of Ancient Egypt, as our projection show was based on Ancient Egyptian architectural details – frescoes, bas-reliefs. Each of the two Christie Roadster S+20K projectors showed images on the walls by the sides of the stage, while the two Christie Roadster HD10K-M projectors installed at the dress circle – projected onto the ceiling. 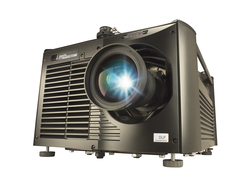 The enhanced signal processing features of the HD10K-M, such as digital zoom and blending enabled the same signal to be sent to both projectors. A catalyst media server was used to deliver a 1280 x 1024-pixel signal to the video projectors.

It took several months to develop the content for the new performance of Aida. ‘Spectacular exotics of the ancient kingdom, the intensive intrigue, the plot full of dramatic situations… we listened to the opera many times to be able to implement Verdi’s concept in a visual sequence', said Darya Nikolskaya. Darya Kozis, the lighting designer, continues: ‘Then we started to seek images and sources for each particular scene of the opera. It was a special task: we needed to find the best quality material, as Christie projectors are capable of delivering images of the highest brightness and definition’.

Over 3600 spectators visited Aida across two days. The performance really become an outstanding event in the cultural life of Moscow.

Spectators feel as if they take part in the action

‘The scope and sophisticated presentation of the displayed pictures were really amazing’, notes Gayane Shiladzhyan. ‘Thanks to the video projection our performance may be compared with the best scenic versions of Aida. Merging into the atmosphere of the ancient age, spectators can feel as if they take part in the action. We are about to start the construction of a new building for our orchestra, and I would surely provide for permanent installation of such equipment’.

Darya Nikolskaya spoke on the future plans: ‘We are going to use the experience of the successful show in Moscow to put up the modern performance of Aida together with the Moscow City Symphony Orchestra “Russian Philharmonic” on the stage of the famous Italian Arena di Verona. We are also going to elaborate and to extend the content for the annual summer opera festival held in the theatre. And we will surely demonstrate the program with the help of Christie equipment’. 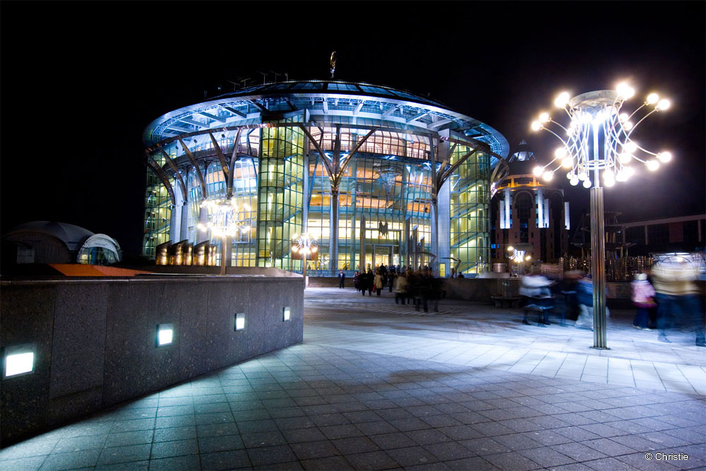