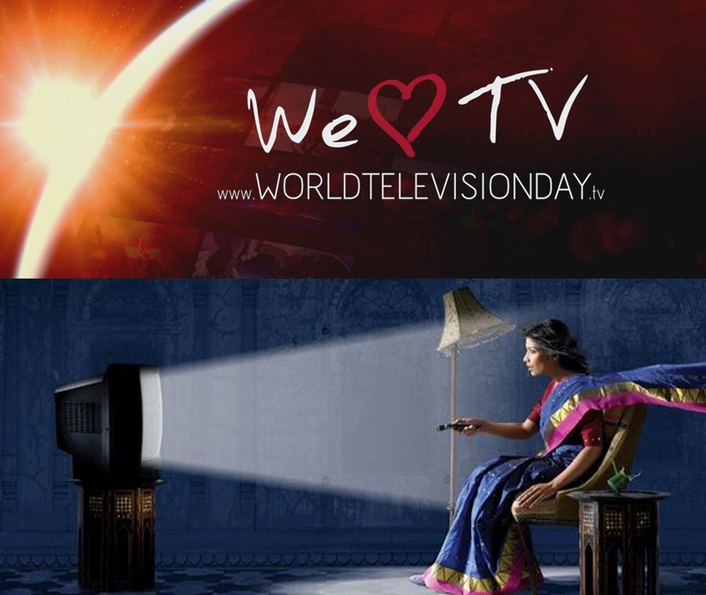 The capacity of television to engage audiences in critical issues will be recognized on 21 November as part of a United Nations led initiative supported by public service and commercial broadcasters, sales houses, as well as trade associations around the world. In a world first, key industry bodies including the European Broadcasting Union (EBU), the Association of Commercial Television in Europe (ACT) and egta, the Brussels based association of television and radio sales houses will unite for World Television Day, which was proclaimed an annual event by the United Nations in 1996.
Broadcasters everywhere have been invited to screen a brief video commissioned by egta, ACT and EBU in recognition of TV’s crucial role to inform, educate and entertain.
The clip features people of all ages and nationalities watching television content on different devices, ranging from entertainment to news, to culture, education and drama. Broadcasters across Europe, Asia, Canada, USA and Australia will participate.

Astro Production Sdn Bhd represents one of the largest state of the art production company in Asia. With more than 1600 hours produced yearly, Astro Productions remains the most competitive HD service provider in the region. Be it entertainment, sports or news, Astro got you covered. Astro offers four Studios with associated control room, three OBVans and DSNGs. Post production suites including graphics and a central server management as well as set design and set building is is part of Astro's offerings. 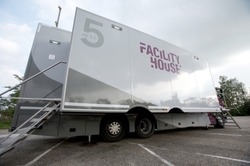 Facility House Broadcast Group is the Netherland’s newest full-service facility management company for the television industry and already one of the most highly respected providers in their home market. Facility House offers video, film and production services from news to documentaries, from pop to classical, from reality to drama and sports to education for all ENG recordings any video standard. OBV5, a new flagship, 12-camera HD outside broadcast vehicle was recently added to their fleet of 20 ENG kits, 31 edit suites and 2 existing outside broadcast vehicles. This truck was built in-house by Facilities House’s own team of specialists in response to the high demand for the company’s services that produces over 500 outside broadcast programmes annually. 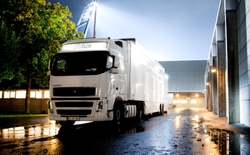 With the launch of OB4 HD, the Danish broadcaster dblux has further expanded its fleet of high definition outside broadcast vehicles. The new truck is reserved primarily for TV and other major events such as the broadcasting of sporting competitions and concerts. All the equipment onboard the new vehicle – and in particular the intercom system – represents the state of the art. For the planning and installation of the communication systems, dblux commissioned the Copenhagen-based company AVIT Systems. Specialists in intercom and broadcasting technology, AVIT opted to rely on equipment from RTS to assure onboard communications. 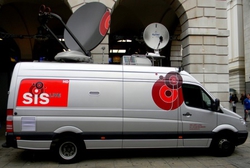 Leading connectivity expert SIS LIVE has signed new contracts with ITV and ITN for the supply of satellite newsgathering (SNG) services. This new seven year agreement includes the provision of a highly-specified fleet of 18 HD SNG vehicles, downlinks, IP systems and satellite capacity, to facilitate ITV and ITN’s satellite news gathering requirements in the UK. SIS LIVE was awarded the contract after a highly competitive tender process which sought out the best operational, technical and most cost-efficient solution. 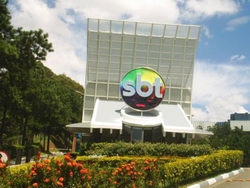 ASPA STAGETEC BRASIL, a member of the SALZBRENNER STAGETEC MEDIAGROUP, put an installation and network of 133 DELEC subscriber units, four oratis matrix frames and one R4000 router into operation at the renowned private TV station SBT in São Paulo. SBT is equipping itself in anticipation of the live broadcasts for the World Cup in 2014 and the Olympic Games in 2016. Compared to the previous analog intercom, DELEC's digital oratis system supplies highest audio quality at professional standards with 48 kHz sampling rate and 24-bit word width.

Fusion, a joint venture between ABC News and Univision, launched October 28. The English-language network features news, information and lifestyle programming aimed at Latinos and young Millennial viewers. Bexel was contracted by The Systems Group to provide complete RF system integration for the new facility that was built from the ground up to support Fusion, as well as Univision’s news programming.
For WCBS-TV studios in New York, Bexel recently upgraded the MAS for this market’s top-rated news station, which is also home to local area talk show “The Couch.” The system allows talent to roam from their home studio, CBS Studio 46, to the adjacent newsroom and the soon to be completed Studio 55. The wireless antenna solution at WCBS accommodates 16 Sennheiser wireless microphones, eight Lectrosonics IFB systems, and two Telex BTR800 Wireless Intercom systems on a single, four-zone system. 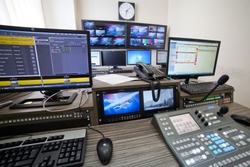 Bank TV, a satellite broadcaster in the Ukraine, has launched a complete, end-to-end high definition (HD) news production solution from Grass Valley® to facilitate the smooth delivery of its 24/7programming. At the core of the broadcaster’s new structure is GV STRATUS® nonlinear media production tools for enhanced production and a streamlined workflow. GV STRATUS is being used in tandem with EDIUS® multiformat nonlinear editing software and GV Edge™ Integrated Playout System with K2 Edge™ playout nodes for 24/7 playout. This deal with Bank TV builds upon the recent momentum generated by Grass Valley in the Ukrainian broadcast market as well as traction gained by GV STRATUS in the EMEA region. 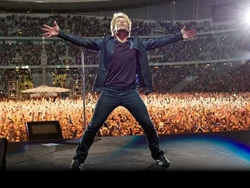 Legendary rockers Bon Jovi played a sold out show at Sao Paolo’s Morumbi Stadium in Brazil as part of the recent Latin American leg of their ‘Because We Can’ world tour, with Lighting Director Sooner Routhier utilising Robe’s ROBIN LEDWash 600, ColorSpot 2500E AT and ColorWash 2500E AT fixtures amongst others. Lighting for Bon Jovi’s spectacular and highly visual tour was designed by Doug "Spike" Brant of PEDG, who has worked with the band for several years, while Sooner is rounding off her fourth year of touring with Bon Jovi. 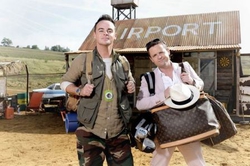 Remotely controlled pan/tilt/zoom equipment from Camera Corps, a Vitec Group company with long experience in designing speciality camera systems, will track contestants in the winter 2013 series of the reality television show 'I'm a Celebrity...Get Me Out of Here!' on ITV in the UK and channel 3e in Ireland. ITV is producing the programmes in full 1080-line high-definition with technical infrastructure supplied by Gearhouse Broadcast. "This is one of the largest shows in the world, with more than 600 staff working in shifts round the clock for three weeks," comments Gearhouse Broadcast COO Kevin Moorhouse. "It is transmitted from one of the hottest and wettest locations on the planet, in the tropical rainforest of New South Wales." 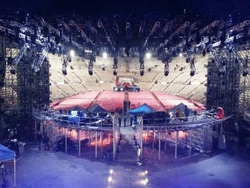 Clay Paky at the Arena with Gianni Morandi

Record numbers at the Verona Arena for Gianni Morandi's concert on 7 and 8 October. The show was announced several months earlier and was a sell-out. There was plenty of room for thrills and his songs, which  have become veritable Italian music classics since the 1960s. There was also room for memories, shared with his friend Raffaella Carrà, and even time for an unintentional comic duet with Fiorello, who played the stooge and stole the show during the monologue. A series of other guests loved by Italians also took the stage. Gianni Morandi enraptured the audience with his simplicity, his contact and direct relationship with them, and his desire to talk and be talked about without any self-praise. His music still moves children, parents and grandparents. 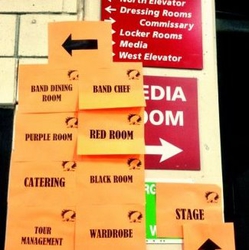 For alternative rock band MUSE’s 2nd Law World Tour, cinematographer Matt Hayslett needed to choose his equipment carefully in order to keep up with fast-paced life on the road. The Grammy-winning group, which has played for packed houses in its native England and throughout Europe, is currently touring North America. Some of MUSE’s most recent hits include “Survival,” the theme song for the London Summer Games, and “Madness,” the theme song for TBS/TNT’s March Madness, for which the group broke the record for Billboard’s longest #1 alternative airplay song. For its latest endeavor, MUSE selected Hayslett to film a documentary about life on tour. 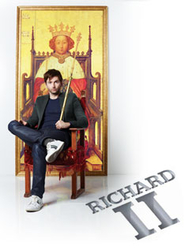 Squattro tracking camera support systems from The Camera Store (TCS) captured the Royal Shakespeare Company's highly acclaimed production of Richard II in Stratford-on-Avon on November 13. The play was televised live to 346 cinemas across Britain and will be relayed as encore screenings to cinemas around the world. RSC artistic director Gregory Doran directed David Tennant in the title role with Jane Lapotaire as the Duchess of Gloucester, Emma Hamilton as The Queen, Oliver Ford Davies as the Duke of York, Michael Pennington as John of Gaunt and Nigel Lindsay as Bolingbroke. 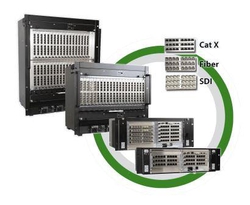 The Draco major is controlled by the integrated control system on the OB vehicle to provide switching and monitoring of signals. User-defined and stored switch configurations allow individual setups to be prepared prior to arrival on site and permit reselections of favourite routes as desired by individual broadcast teams. Jan de Pijper, Facility House‘s MD, says:. „The truck is highly versatile but at the same time features powerful technology and delivers a high level of quality. One of the major considerations in designing an OB truck is in limiting the space and weight requirement for individual systems. With the Draco major we can perform all routing and switching tasks, including multi-screen replication in a single compact unit.“ 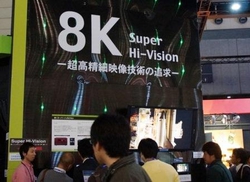 Grass Valley® was offering a preview of future 8K support for its EDIUS® 7 multiformat nonlinear editing software at the International Broadcast Equipment Exhibition (InterBEE) at booth 7316. The demonstration followed recent announcements that the 2020 Summer Games in Tokyo, Japan, will be broadcast in 8K — 16 times the resolution of today’s HD format. 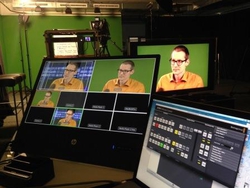 Preparing for the Unexpected

comexperts, a Swiss communications consultancy, is enabling its high profile clients to perfect their interview skills in the most up to date studio environment by installing Blackmagic Design’s ATEM Production Studio 4K in its media training facilities. comexperts’ client roster includes politicians, government officials, CEOs and business leaders from Switzerland’s public and private sectors. Its studio facilities aim to replicate the environment that they will experience when being interviewed on national TV news or appearing in televised debates.

HEVC and 4K were the hottest topics at September’s IBC event in Amsterdam, and will continue to be of high interest as we move into 2014. But we must ask ourselves, could HEVC and 4K fall into the same false start trap that the once hyped 3DTV fell into? My guess is no; especially as the recent buzz around the new H.265 HEVC (High Efficiency Video Codec) is well justified since it offers the holy grail to broadcast engineers by allowing the same video quality as High Definition (HD) with 50 percent less bandwidth while also offering the option to move video quality up to 4K resolution or Ultra High Definition (UHD) at a higher bandwidth.