During the epidemic period, excellent program content is increasingly needed. In this extraordinary time, the program production encountered many problems such as guests are inconvenient to travel, personnel cannot gather, etc. Shanghai Media Tech (SMT) develops and provides professional "cloud production" solutions, which can realize the cloud-based interactive function for all people.  Through mobile IT technology, entertainers, hosts, and audiences can access program recording sites at home through PC, APP, etc., and complete related program production, which greatly enriching the business production form under the current situation. 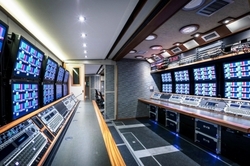 From the frozen seas of the the Antarctic to capturing the heated rivalries of sporting events worldwide, NEP has been behind powerful production for more than 30 years. Our diverse body of work covers much more than just outside broadcasts and live events. Today, NEP provides a complete spectrum of solutions that help you bring world-class entertainment to life. With locations around the globe, NEP provides production studios backed by the finest support and people in the business. We’ve been earning the respect of the industry by raising the bar in technical management, production support and engineering. When content producers need something done right, they look to NEP. 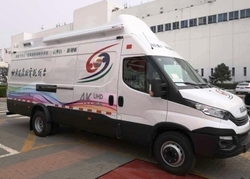 A 6-Camera 4K OBVan with Sony HDC-4300 Cameras and a Sony XVS-6000 Vision Mixer, a Tamura Audio Mixer and a RTS Intercom System 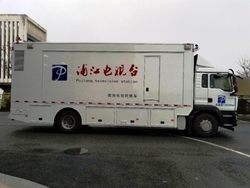 A 8-Camera HD OBVan with Sony HDC-2580 Cameras and a Sony XVS-3000A vision mixer. A Yamaha Audio Mixer and a Clear-Com Intercom system 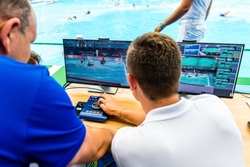 Slomo.tv, a leading manufacturer of slow-motion instant replay servers and video refereeing solutions reports that the worldwide implementation of video-refereeing into various sports continues to gain momentum. Recently, the international swimming federation, FINA, has implemented video-refereeing technology in water polo in search of fair play and error-free refereeing in international tournaments. After testing various solutions slomo.tv was selected as the preferred technology provider.  The company markets complete video-refereeing solutions, including specialized servers and cameras, and has extensive experience in video-refereeing in a range of different sports.  The result of long-term cooperation between FINA and Slomo.tv is the creation of a complete solution for water polo by adapting Slomo’s videoReferee®-SR system and developing specialized mini vR-Cam cameras for use in water sports. 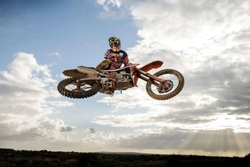 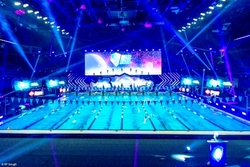 Riedel’s Artist digital matrix intercom and Bolero wireless intercom are at the core of a comprehensive event communications solution for the all-new International Swimming League (ISL). The integrated Artist/Bolero system enabled clear and highly reliable crew communications for the ISL’s inaugural season in 2019, culminating in December’s Grand Final at the Mandalay Bay Resort and Casino in Las Vegas. The ISL has brought swimming to the world of professional sports, with male and female swimmers competing in teams rather than individually. Throughout 2019, the league conducted seven short-course swimming matches in cities around the world, with Energy Standard of France winning the first-ever ISL Championship at the Grand Final.

The KNVB campus played host to a two-day VAR technology test event under the umbrella of FIFA and its new working group for innovation excellence. In line with recent vision of FIFA President Gianni Infantino topics including more affordable VAR systems were presented and discussed as part of the roadmap to 2022. “These test events are optimal opportunity for the exchange with the industry to make VAR technology more affordable to enable its use at all levels of the game,” said Johannes Holzmüller, FIFA’s Director of Football Technology & Innovation. 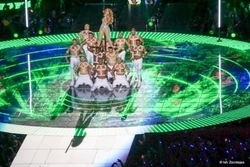 Lighting Designer Bob Barnhart of 22 Degrees, who has 21 Super Bowl halftime shows to his credit, selected 50 Xtylos for the event after seeing the fixtures at LDI 2019.  “I was impressed with the beam quality, which was so pure and consistent in intensity from the outside edge to the center,” he says.  “Xtylos was incredibly crisp and clear; its really hard edge intrigued me and stayed on my mind” as the halftime show took shape. The Hard Rock Stadium features a permanent truss position on the field at the upstage wall, which is “a good position for instruments to create a good background,” notes Barnhart.  “I kept coming back to considering the good tight, clean beams of Xtylos.  There always had to be something in the background that was consistent – whether it was a straight shot or a cross-shot I needed to create a width and consistency in the background.” 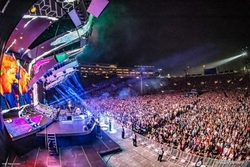 Cunniffe created a set piece for the tour comprised of LED tiles and lighting with a massive curved crown above the stage and tall columnar center piece.  The elements at times resembled a goblet and a tree.  Four automated triangular pods resided in the underside of the LED structure; each pod was on three variable speed motors controlled by Kinesys. “One of the driving factors behind choosing Mythos 2 was the size,” says Cunniffe.  “I knew I could hang it on its side, it’s relatively light and it could fit through an aperture.  I could hide 30 to 40 percent of the unit behind the structure, and you just saw the aperture and the lens: It looked as though it was built into the production, as opposed to being hung on it.” 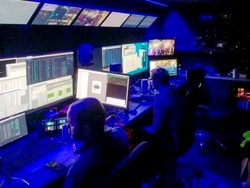 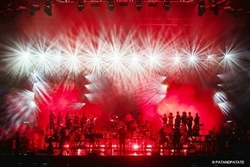 Robe is Hungry for Worakls Shows

Classically trained French musician, DJ and electronic music producer Worakls is renowned for his melodic and experimental sounds. He toured his latest Orchestra album throughout 2019 to a series of 1000-1500 capacity venues and concluded the year by stepping up to three arena-sized shows – Zeniths in Paris and Toulouse and the Salle 3000 concert hall at the Lyon Palais des Congrès – complete a with a 31-piece orchestra. To light these larger shows plus some additional European dates scheduled for early 2020, lighting designer Nicolas Galloux was asked onboard to add his visual magic into this invigorating musical collaboration. Nicolas specified around 80 Robe moving lights to assist him in the task, including MegaPointes, BMFL Blades, Spiiders and LEDBeam 150s, all supplied by French rental company S Group who also provided the audio. 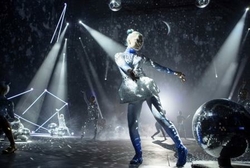 DARTZ™ goes galactic for Celestia at The STRAT, Las Vegas

After debuting last year at The STRAT in Las Vegas, Celestia, a Cirque du Soleil-type entertainment show, has emerged as one of the city’s top North Strip attractions. With a troupe of world-class performers highlighted by an otherworldly lighting design by Tom Sutherland of DX7 Design, the fast-moving circus-style production is a carnival of thrills not to mention a family affordable Strip alternative. The LD entered the project somewhat late as part of a creative team hired a relatively short time prior to opening night to ‘cast their eyes over the production’ and enhance the show’s look. “They had brilliant acts and a state-of-the-art theatrical tent but there was no real glue or production value,” Sutherland states, explaining that the new creative team only had a few weeks to implement their ideas, which included an extra build and additional lighting fixtures. 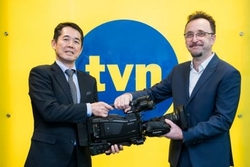 Jarosław Kielmel, Technology Department Director at TVN Discovery Polska explains: “Having invested in various Sony broadcasting solutions over the years, we were keen to work with Sony to help us future-proof our news production capabilities, ready to migrate to 4K in the years to come. We're incredibly impressed by the picture quality of the PXW-Z750, particularly when shooting in HD thanks to its 3CMOS sensors. Combined with the increased flexibility it provides us with, the PXW-Z750 is fast becoming our go-to camcorder for our 24-hour news broadcasting operations.” Launched at IBC 2019, the PXW-Z750 is the world’s first 2/3-type 3-chip 4K shoulder camcorder equipped with global shutter technology for capturing clear and crisp images while negating artefacts such as flashband and rolling shutter distortion. This makes the camcorder ideal for TVN24 to shoot in unpredictable lighting conditions and to capture quick moving objects and action. Furthermore, its 4K/HD simultaneous recording gives TVN24 the choice to capture 4K HDR and HD HDR content at the same time. 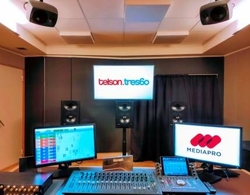 Part of Mediapro’s image and sound post-production company, Telson.Tres60 opened its new facility in May 2019, and decided to upgrade its monitoring capabilities to better serve its clients. “The system upgrades were driven by client demands - for example Movistar asks for everything in Dolby Atmos,” explains sound production co-ordinator, Ana Belén Martín. “We must be able to fit the standards of each of these clients. This means that we have to generate much more material than before because of the different types of broadcast formats – from a mobile phone to a Smart TV.”

Sennheiser celebrates a very special anniversary year as the audio specialist turns 75! Since its formation, Sennheiser has shaped the future of audio. Its innovative products and solutions create outstanding sound experiences for customers the world over. During its anniversary year, Sennheiser will be giving voice to the people that make magic sound moments happen, while saying thank you to all Sennheiser fans with exciting promotions, competitions and special editions. “We are very happy to celebrate our anniversary this year. It is a celebration of our 75-year history, which has not only been shaped by exceptional ideas and innovations, by taking on challenging projects and achieving numerous successes.”