NAB Show 2017: Status of IP Interoperability in the Broadcast Industry 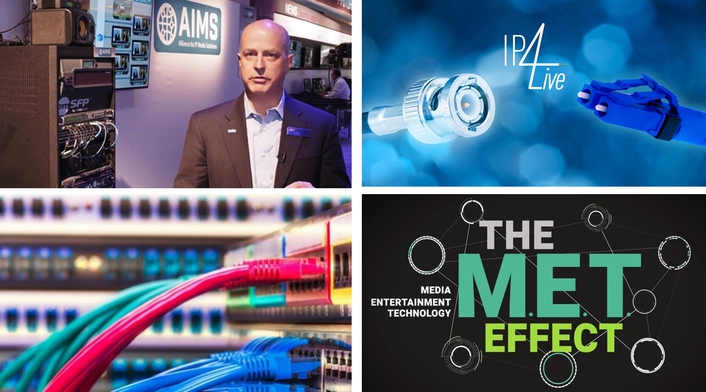 Representatives from seven AIMS member companies and the AIMS leadership will present 15 papers at the 2017 NAB Show related to IP video delivery
AIMS will continue the IP discussion and join AES, AMWA, EBU, NAB, IABM, Media Networking Alliance, SMPTE, and VSF in the IP Showcase, which will take place in booth N4824. AIMS' participation in the IP Showcase is part of its ongoing cooperative effort to establish a uniform approach to all-IP workflows based on industry standards and recommendations that are already established or are well underway. A recent AIMS survey reveals that many AIMS members are moving quickly to bring products to market that are compliant with the SMPTE suite of standards for Professional Media over IP Networks (SMPTE ST 2110) by the end of 2017. SMPTE ST 2110 is currently in final draft stage.

Live production facilities provider Mobile TV Group, has integrated new EVS live production technology - including servers, effects telestration and connected media tools - into two of its live production trucks in the run up to the 2017 NAB Show in Las Vegas. Mobile TV Group’s 39 FLEX 4K mobile unit, which will be on display at the Las Vegas Convention Center during NAB, has already been used for covering significant events in UHD-4K across the United States. It will now benefit from the flexibility of three newly installed XT4K live production servers. This integration means that Mobile TV Group is now not only able to ingest 4K feeds, but also a 10-bit codec that enables support for productions using High Dynamic Range (HDR) as well as the two sample interleave format for QUAD-SDI.

Established in 1994, Mobile TV Group is celebrating its 20th anniversary with continued dedication to technological innovation, customer service, maintenance, and competitive pricing. The company was initially launched as Mountain Mobile TV (in Colorado), then added Lone Star mobile (in Texas), Western Mobile TV, and eventually combined operations into Mobile TV Group (MTVG). It is privately owned. Since the beginning the primary focus of the company has been on regional sports production. Starting with just the Denver Nuggets, MTVG now provides mobile unit services to the networks that telecast the games of about 50% of all NBA, NHL, and MLB teams. In recent years MTVG has added an increasing number of national events, college sports and some entertainment events, totaling over 4,000 events annually.

Get the Technical Pecs of 39 Flex here 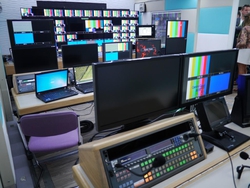 Currently under construction, the new NEP HD truck is a state-of-the-art triple expanding vehicle, with 24 cameras, eight EVS playback servers and 14 positions for VT operators, radio camera control operators and the client's technical manager. The MPA1 Solo SDI units will provide NEP's operators with an intuitive yet flexible audio monitoring tool that will enable them to view all 16 embedded channels simultaneously while allowing any channel to be selected for monitoring. "We have been TSL customers for years and many of our trucks are standardized on the TSL PAM2 units for the engineering monitoring positions, while our fly packs come with the MPA1 MADI, Dante and SDI monitors," said Paul Fournier, Head of Audio at NEP UK. 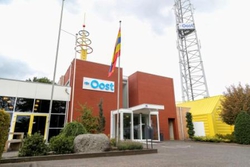 The regional Dutch broadcaster has chosen the award-winning network production platform to deliver the flexibility required to meet the needs of its audience in today’s fast-paced content landscape. RTV Oost currently delivers news through a ‘24/7 online’ radio and television channel, a website (www.rtvoost.nl), their own mobile applications and several social media channels. The Media Backbone Hive platform and tools will enable RTV Oost to support the quick, efficient creation of content for Internet, social and broadcast applications alike, so its journalists can concentrate on the most important factor of their job, storytelling. RTV Oost purchased the platform through Dutch broadcast reseller Vocas Sales & Services BV, which has a long-standing relationship with the broadcaster. 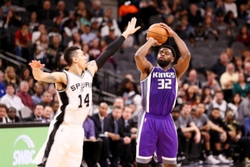 Partnering with Diversified, a global broadcast and systems integrator renowned for its innovative solutions in the sports and live events market, the project team delivered an enhanced fan experience that takes the game-going thrill to the next level. The collaboration between the Sacramento Kings, Grass Valley and Diversified assured a technology solution set that creates a fan experience unique in the league. One of the centerpieces of the new facility is a giant 4K/UHD video board that is more than 84 feet long, running nearly the entire distance from baseline to baseline. For attendees, replay is an essential part of the experience and an opportunity for the host facility to impress. To capture and produce the 4K content that drives the board, the Kings evaluated the options and chose Grass Valley because of its integrated solutions, proven reliability and ease of use. 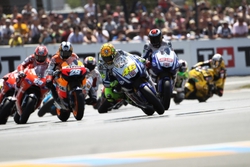 SHOTOVER continues to gain rapid adoption across the broadcast community following recent sales to Los Angeles based news stations, KCBS, KCAL and KABC the most watched television station in Southern California. Japanese television station, Fuji TV and top Chinese broadcasting company, Beijing Guanhua Shengjia Media Culture, have also selected SHOTOVER as their stabilization platform of choice. “When it comes to flexibility and performance, there is no comparison to SHOTOVER systems,” said Manel Arroyo, Managing Director at Dorna Sports. “They have truly changed the game in aerial filming by creating a system that is future proof, allowing us to utilize the most sophisticated range of broadcast cameras and new exciting technology as it comes to market." 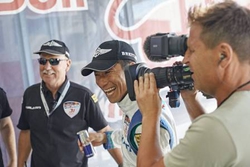 The second stop of the 2017 Red Bull Air Race World Championship was full of surprises on Sunday, as none of names on the podium matched those of February’s season opener. Yoshihide Muroya of Japan claimed the win, while Slovenia’s Peter Podlunšek was second, and defending World Champion Matthias Dolderer of Germany took third. Earning 15 World Championship points with the victory, Muroya jumped up 10 places in the overall standings, to third behind Martin Šonka of the Czech Republic (21 points) and Dolderer (16). The result was especially meaningful because the next stop of the season is in Muroya’s home skies at Chiba, Japan – where he earned his first race win just last year. 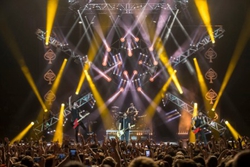 Adlib’s new Glasgow based Scottish division supplied L-Acoustics racks-and-stacks to the two wildly enthusiastic Scottish gigs – at Glasgow Academy and Edinburgh Corn Exchange - together with technician Andy Russell. "It's always good to work with ADLIB in any capacity," says Phil who is also from Liverpool where Adlib is headquartered. He has worked with the company on a variety of tours since 2008. "Having the consoles with us throughout the tour gives complete continuity on the control side across the wide variety of venues on the itinerary, and having the ProX to hand enabled me to get the best out of the many different house systems we encountered,” he stated. 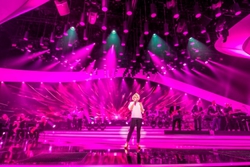 On 9 February 2017 five candidates presented themselves before a specialist jury and a Europe-wide television audience, and fought for the right to represent Germany at the Eurovision Song Contest 2017 in Kiev. With the eloquent Barbara Schöneberger presenting the show, former ESC winner Lena Meyer-Landruth sat next to Tim Benzko and Florian Silbereisen in the three-piece jury. The show was broadcast live under the management of the NDR from the studios of Cape Cross Studio + Filmlichtgesellschaft mbH, one of Germany's leading suppliers of film and TV stage and lighting technology, in Cologne-Mühlheim. The lighting design for probably the most important pop contest on German TV, came again from the hand of Jerry Appelt, who is almost a fixture at the Eurovision Song Contest.

Robe Helps Slovenia on its Way to Eurovision

It is Eurovision selection season … and one of the 43 hopefuls for this year’s event in Kiev, Ukraine, in May is Slovenia’s Omar Naber whose song “On My Way” was chosen at a spectacular Eurovision Melody (EMA – Evrovizijska MelodijA) show staged in Hall A2 of the Gospodarsko Razstavisce exhibition centre in Ljubljana. A stunning lighting design by Crt Birsa amazed audiences – both onscreen and live – for which Crt utilized over 200 Robe fixtures on the rig including Spiiders, BMFL Blades, Pointes, MMX WashBeams, Squares, LEDBeam 100s, PARFect 100s, CycFX 8s, LEDWash 600s, ColorSpot 1200E ATs and a single Robin 600E Spot … supplied to the show by Slovenia’s largest rental company, Event Lighting.

Imagine Communications, empowering the media and entertainment industry through transformative innovation, is introducing the Selenio™ Network Processor (SNP), an all-IP-capable processing solution optimized for handling uncompressed UHD signals based on the SMPTE 2110 specification for transporting media over IP networks. The availability of standards-based IP-to-IP processing capabilities, an industry first, provides media companies with the opportunity to streamline their production facilities, helping to reduce costs and complexity associated with supporting SDI and hybrid SDI-IP workflows, including cabling, power consumption and the need to move signals between IP and SDI domains.

Top performers from the country music world and beyond gathered at the T-Mobile Arena in Las Vegas on April 2 for the 52nd Annual Academy of Country Music Awards. Marquee performances by the Backstreet Boys and Lady Antebellum were transmitted with the help of Sennheiser’s newest entry into the world of professional digital wireless: the Digital 6000 system. The EM 6000 receiver is Sennheiser’s first two-channel digital receiver, and worked seamlessly with Sennheiser 9000 series transmitters for a transparent sound that brought the energy of the evening live to a packed house at the arena and an audience of 10.9 million television viewers. 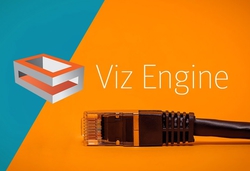 Vizrt will support complete IP production and playout workflows at several partner booths during NAB 2017. Supported formats featured will include SMPTE-2110, NewTek’s NDI™, and more: Vizrt has made it a priority to support media companies on their journey to IP. The focus is on live productions, supporting open and future-proof solutions.Together with hardware partners, Vizrt is constantly extending the functionality of production platforms to be the central part of the IP ecosystem for customers. The core of Vizrt’s IP production and playout workflows is Viz Engine, providing graphics rendering, clip players, downstream keyers and DVEs.

The U.S. National Aeronautics and Space Administration (NASA) announced today it will produce the first-ever live 4K video stream from space during a Super Session at the 2017 NAB Show. “Reaching for the Stars: Connecting to the Future with NASA and Hollywood” will take place at 10:30 a.m. on Wednesday, April 26 in room N249 of the Las Vegas Convention Center (LVCC). The panel is co-produced by NAB Show, NASA, and Amazon Web Services (AWS), and will explore how advanced imaging and cloud technologies are taking scientific research and filmmaking to the next level. The live feed from 250 miles above Earth will be encoded by AWS Elemental encoding software on board the International Space Station (ISS) and on the ground at Johnson Space Center.