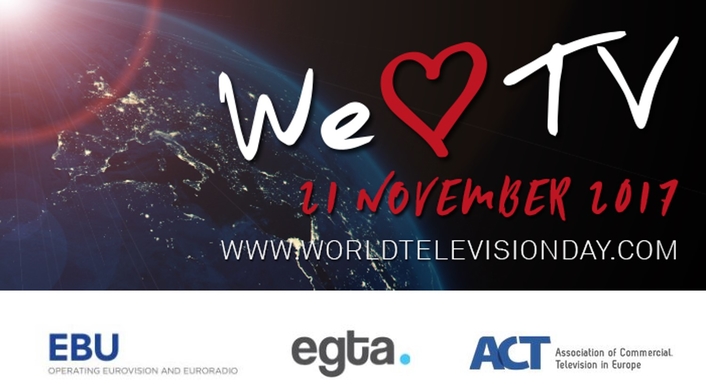 The European Broadcasting Union (EBU), the Association of Commercial Television in Europe (ACT) and egta, the association of television and radio sales houses are celebrating the trustworthiness of television on the occasion of World Television Day (21 November), as declared by the United Nations.
This year again, the three organisations have produced a 30-second video clip emphasising the role TV has around the world as provider of trusted content. It will be aired by broadcasters across Europe, Asia, Canada, USA and Australia on 21 November. To celebrate their love of television, viewers are encouraged to use the hashtags #WeloveTV and #WorldTVDay on social networks on 21 November.
The video highlights that now, more than ever, the trustworthiness of television plays a central part in our daily lives as it keeps viewers up to date on what is going on at home and abroad and brings the world’s attention to what matters. Editorial responsibility, truthful reporting, top quality content, the safest environment and the reliable, independent measurement system are the DNA of TV. This makes it a unique medium for world-class content and a fully brand-safe environment… no matter on which device.
Read more, see more ... 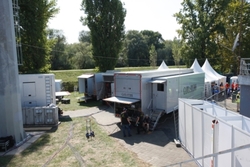 Gama Studio is known for broad range and bespoke production capabilities on a wide variety of live televised events, including the past four seasons of Kontinental Hockey League, two seasons of Euroleague basketball, and this year's UEFA European Championship football tournament and FIBA Basketball World Cup. The new 40-fader Artemis Light anchors audio mixing aboard Gama Studio's new double-expanding, 16-camera HD OB truck, already billed as one of the most advanced in the Croatian broadcast market. As Gama Studio's largest truck, the new van will enable the company to expand its marquee sports coverage to events such as the Pannonian Challenge, an extreme BMX bike/skate event, as well as new types of productions such as the reality program "Stars Under Hypnosis." 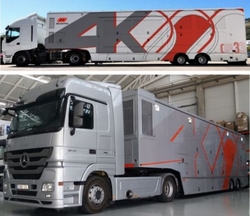 Our highly skilled team of professionals and the best equipment available make production of every kind of audiovisual content possible, from covering and editing a news story, direction of a major sporting event, producing an ambitious feature film to shooting advertising spots for television. The MEDIAPRO producers coordinate the work of the most suitable team of professionals for each project. Journalists, video operators, telecommunication engineers, video and audio technicians, creative producers, directors, designers… All working together with back up from the largest fleet of OB vans in Spain and Portugal, in all kinds of studios, the best post-production facilities in Southern Europe and work centres fully equipped with state-of-the-art technology located across the globe. 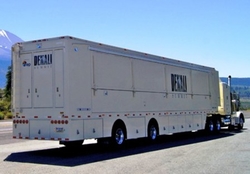 NEP Denali describes Yukon, its latest mobile unit to hit the road, as “state-of-the-art” and “designed for the specific needs of entertainment production.” Like many new trucks these days, it’s highly flexible and easily customized for the individual client: many of Yukon’s operating positions can be swapped around and/or can serve multiple functions based on the needs of the given show. Yukon, which has an accompanying B unit, is constructed around an Evertz EQX 558×576 router with 576 XLink outputs at its core. At the front bench is a Grass Valley Kayenne K-Frame production switcher with 9M/E, 128 inputs, and 96 outputs. Rounding out the guts of the production end are an Evertz VIP monitor wall, an IHSE KVM system, 212 de-embedding inputs, and 224 embedding outputs. 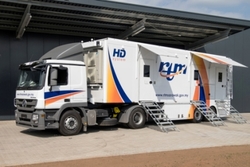 Radio Televisyen Malaysia (RTM) has 36 radio and three television stations in Malaysia. RTM is based in Kuala Lumpur and is the first broadcaster in Malaysia. RTM celebrated its 70th anniversary on 1 April 2016. RTM started its television services in December 1969 and began broadcasting in colour in 1978. 24h broadcasting was introduced in 2006 and in 2010 RTM has started to switch its facilities to HD with the refurbishment of their studios. In 2015 RTM started full-time HD broadcasting 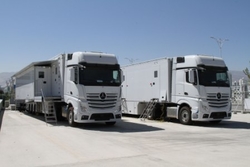 In close cooperation with Turkish company Polimeks Broadcast Solutions GmbH has delivered a huge fleet to Turkmenistan TV, consisting of 16 vehicles (4 sets) in two phases of construction. Each set of production vehicles delivered consists of an OB Trailer, Support Tender, generator vehicle and a SNG. The last set, delivered this year, is conducted entirely in UHD. Polimeks is the general contractor for the Ashgabat Olympic Complex in Turkmenistan and coordinates all broadcast facilities on-site. All production resources were used at the 5th Asian Indoor and Martial Arts Games that took place from 17 to 27 September 2017 at Ashgabat Olympic Complex, Turkmenistan. Besides delivering the OB Vans to Turkmenistan TV, Broadcast Solutions was on-site during the competitions to support the production and the teams. 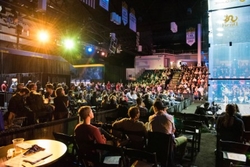 The Championships take place at Drexel University’s Daskalakis Athletic Center with a custom ASB glass squash court placed in the middle of the gymnasium floor with the audience of just over 1,000 surrounding the court on all sides. IMS, a nationwide company that does full scale production for corporate, higher education and performing arts, along with corporate AV installs, has produced this one-of-a-kind event since it moved to their home base in Philadelphia. After producing the US Open Squash Championships in Philadelphia for seven years, IMS Technology Services noticed a distinct improvement in the audio quality after switching to Martin Audio CDD-LIVE speakers for this year’s event. 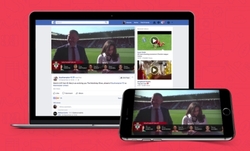 For soccer clubs, a savvy digital strategy is almost as important as a standout team roster. Fan engagement can make or break brand value, so international soccer teams are always exploring new ways to connect with fans. With the proliferation of OTT and advances in mobile technology, it’s become more challenging over the years, as clubs need to reach fans across new technologies, viewing platforms and social channels. Southampton F.C. (Football Club) is recognized as a team with one of the most progressive digital strategies in the league – from its website to interactive live streams, which earned the club a BT Sport 2017 Cutting Edge Sports Award nomination. 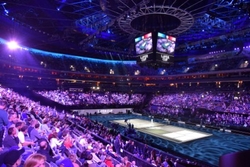 It’s a Love Thing for Robe at Laver Cup Tennis

The Laver Cup is a brand new indoor hard court men’s tennis competition staged for the first time in Prague’s O2 Arena … with the action broadcast worldwide on TV. The BMFLs were the primary lightsources for the main show court, which saw two exciting  teams - Europe (captained by Björn Borg) and World (captained by John McEnroe) - battle it out for the trophy! A total of 10 trusses were installed into the O2’s roof and utilised for lighting positions,  with the main court lighting units positioned on two 40 metre and two 16 metre trusses rigged individually but in a box configuration directly above the court area. The 2018 Laver Cup will be staged in Chicago.

URSA Mini Pro and URSA Mini 4.6K, as well as DaVinci Resolve 14, have been used to capture and edit backstage moments as well as live performance highlights on Robbie Williams’ 2017 European tour. Hangman’s James Tonkin, a long time collaborator with Robbie Williams, was tasked with covering the entire development of the tour, from rehearsals through to live shows in the UK and Europe. James explains that the URSA Mini Pro fitted his specific touring requirements. “Not only did we have to turn around short edits for social media as we toured, but we also had to factor in that there might be a need for a longer form documentary at the end of the tour. Because of that, whatever I shot with needed to be reliable and roadworthy to handle the rigors of touring.“ 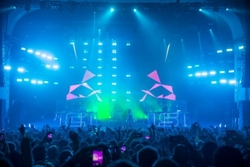 Popular UK DnB band Chase & Status played a high-profile sold-out show at London’s Brixton Academy - only their second live appearance in the UK this year after headlining the Lovebox Festival - for which show designer / director Andy Hurst created a high-energy collage of lighting, lasers, set and video to keep their enthusiastic fanbase stoked with visual treats! Lighting equipment and crew was supplied by Blackburn based HSL whose association with the band goes back several years. Andy took the base elements of this show from the design he’d originated for Lovebox which featured a massive specials package from HSL, which was re-scaled and re-worked to fit the Academy’s stage. 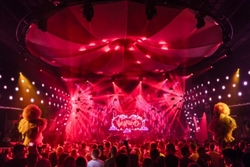 Robe Gets Hï in Ibiza

A sizzling 2017 Ibiza summer season saw new clubbing experience Hï burst on the scene with fresh energy and impetus mainlined into the heart of the Balearic dance scene, fuelling the buzz, hosting the world’s most significant DJs, attracting a huge fan following and etching extraordinary memories on the psyche via incredible visual productions created by Romain Pissenem and his team from High Scream. Over 200 Robe moving lights helped Romain define Hï’s two spaces – the Theatre and the Club. These included 72 x Pointes, 24 x Spiiders and 36 x Spikies in the Theatre and 100 x Spikies and another 20 Spiiders in the Club, all supplied by their regular lighting rental partner, France based the SLS Group, who also supplied all Hï’s video. 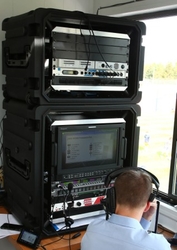 Dramatic changes in sports production mean that sending an OB mobile to sports venues and broadcasting on local cable TV no longer provides an adequate education for aspiring broadcasters. With a history of producing both great student athletes and media professionals, Syracuse University’s Athletics department and its Newhouse School have expanded their facilities to prepare students for today’s real-world broadcasting. Previously, the school had sent a TV truck out for its students to create content. “We no longer have to take the control room to the venue, and can now connect multiple venues to a central control room,” explains Neal Coffey, Manager of Operations and Engineering at Syracuse University’s Dick Clark Studios. 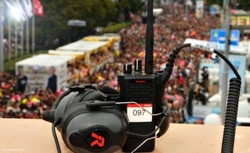 Italy’s ARET has created the first OB van to feature the new 8331 point source monitors from ‘The Ones’ series by Genelec, the world leader in professional audio monitoring. A leading systems integrator and world-renowned provider of OB vehicles for more than 40 years, ARET has built the trailer as a template for future vehicles serving top tier broadcast requirements, from sport to classical music. Featuring double expanding wings for a spacious working environment and innovative design features such as a partial glass interior to promote cross-truck collaboration, the vehicle is based upon a no-compromise specification. 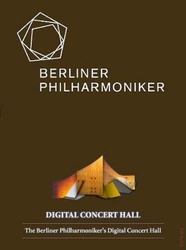 As Berlin Phil Media’s “Technology and Development Partner”, Panasonic provided the Berlin Philharmonic video platform Digital Concert Hall with state-of-the-art 4K/HDR video equipment such as broadcast cameras, mixers and monitors. The installation at the Berlin Philharmonic has started in July 2017, and the new video studio went into operation in September with the 2017/2018 concert season. The Digital Concert Hall will then switch from HD transmission to today’s highest quality 4K/HDR video concert transmission and with further enhanced audio after the exchange of the AV-HS6000 video mixer with the AV-HS7300 in July 2018. Of course, subscribers will be provided with an HD-SDR signal in parallel to be backwards compatible, which was one of the big challenges in this project.

It’s a project of superlatives, with several millions invested in building Sky Sports’ new Headquarters and broadcast hub, just next to the head office in Unterföhring. The 4600 square metre ground hosts two new studios, as well as an additional space for the Sky Bundesliga simulcast. The new broadcast complex is equipped with a broad range of advanced Sony 4K HDR ready technologies, demonstrating what a “studio of the future” looks like; seven HDC-4300 cameras, one HDC-P43 POV-camera,  one XVS-7000 mixer and over 140 Sony OLED and LCD screens, ranging from BVM-X300 and LMD-A240 to PVM-A170, PVM-A250 and PVM-X550.